The statistics, taken as a whole, are staggering.

Data from the U.S. Census Bureau indicates that roughly 8,000 people every single day are reaching 65 years of age, which means that each of the nearly 57.8 million members of the Baby Boom generation – those born between 1946 and 1964 – will have become senior citizens by the year 2030.

The onset of that “silver tsunami” is already enhancing the need for all manners of aging-related health care, including the franchised private duty in-home care model championed by Visiting Angels since the operation – based in the Philadelphia suburb of Bryn Mawr, Pa. – began in 1998.
But as the company’s incumbent vice president of franchise development, David Ritterling, now concedes, even the founding team of Larry Meigs and Jeffrey Johnson might not have been fully aware of the potential of what they were getting in to 17 years ago.

“Home care had just sort of taken off back at that time and continues to grow and gain momentum,” Ritterling said. “I think their goal was to maybe have 10 franchises on the Eastern seaboard, and sort of whatever kind of came along would be good for them. 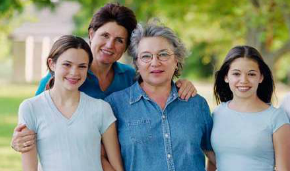 “I think that they were hoping that it would grow, but the expectations were that if they could field the team of franchisees on the Eastern seaboard, that was sort of what they thought it might be – with the hopes that the industry would certainly get better.”

To say they underestimated things would be, well… an understatement.

Ritterling first became aligned with the brand as franchisee No. 48 just two years after the launch, and he’s since deepened his allegiance by taking on the dual roles of VP of franchise development and chief executive officer of the organization’s burgeoning international business.

“We were just beginning to see that kind of growth that I think has just become a crescendo over the last four or five years,” he said. “It just continues and we just continue to get bigger and bigger.”

The operation passed the 500-location threshold in mid-December and entered 2015 with 502 locations, representing a mix of single-unit and multiple-unit franchisee ownership agreements. The corporate apparatus has no owned units, though Meigs – who’s now the company’s president and CEO – still operates his own franchise in the territory local to the corporate office in Bryn Mawr.
The domestic spread of service stretches nationwide and includes “a predominant number” of states, Ritterling said, and the operation has also swelled internationally to include franchises in Canada, Brazil, South Korea, and, most recently as of late 2014, Mexico. Other areas on the agenda for far-flung franchise expansion include Asia, Australia, Latin America and the United Kingdom.

Territories are typically based on a population of 200,000 or more people, a pool he said will typically include both the requisite number of potential care-givers and care-recipients. The average annual revenue of a location is slightly upwards of $1 million, and operations of that size typically occupy from 1,000 to 1,500 square feet of office space and employ as many as five office workers in addition to the larger complement of care-givers.

Each franchised location is owned and operated by the franchisee utilizing a system that includes a standardized six-day training class in Philadelphia, Ritterling said, and is further based upon a model intended to emphasize the relationship between the agency, the care-giver and the care-recipient.

That relationship, then, becomes a main differentiator from competitors.

The average client engagement is 2½ years, which Ritterling said exceeds the industry average and has helped the company position itself and its care-givers to potential clients as very vital parts of the aging process, enabling seniors to keep living in their own homes for a longer period of time.

And beyond all that, a little extra exposure doesn’t hurt either.

“We are the only home-care company that is on national television every single day of the year and on radio stations across the country,” he said. “We have an ad cooperative fee that our franchisees pay, and as a result of that we’re able to develop a treasure chest that is focused purely on advertising our services nationwide.”
The franchise has become a mainstay on 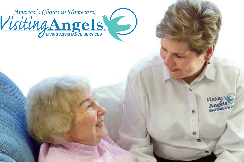 annual lists composed by Entrepreneur magazine, including five consecutive top 100 appearances on the Franchise 500 list, two appearances – in 2012 and 2013 – on the magazine’s list of fastest-growing franchises and four appearances among the collection deemed as America’s top global franchise offerings.

Financial requirements for prospective franchisees include a minimum net worth of $100,000 and at least $40,000 in available liquid cash. The total investment ranges between $65,750 and $100,000 and includes a franchise fee between $37,950 and $60,950 for a renewable 10-year agreement. Ten percent of all franchisees own more than one unit, and all existing franchisees are owner-operators.

“We really know what we’re looking for and we also know the toolbox that it takes to succeed,” Ritterling said. “Most of them come out of the corporate world and really have desired two things. They desired the ability to own and operate their own company, but also they’ve desired something that makes them really work from within.

“When you’re taking care of people and you’re providing services to seniors, it’s a noble cause, one that really makes a difference in any community. It’s not just a job, but you really are influencing a demographic of people who need this care. It gives you a great peace of mind. People who enjoy doing this love people and they love to see the positive change in people’s lives. It takes a unique kind of franchisee.

“It does stand apart from something that is less intimate. There are a lot of franchise systems out there. You could design closets or make sandwiches, and those are all noteworthy callings, but when you’re in home care you really do give away your time and you really do get to a deeper level of relational leadership.” 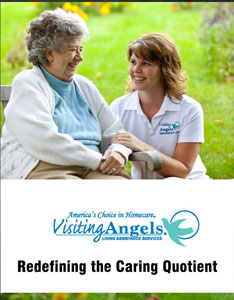