Nestled in the New Jersey Pinelands, Manchester Township is Ocean County’s best kept secret. Just minutes from the Jersey Shore, between New York City, Philadelphia, and Atlantic City, the Township boasts a bevy of beautiful parks, lakes, and preserved open space. Combine that with top-notch municipal services and a vibrant, dynamic community atmosphere, and it’s no surprise that Manchester is hailed as the perfect place to live, work, and raise a family. Back in the 1930s, Manchester received an unwanted dose of notoriety, as home to Lakehurst Naval Air Station – site of the infamous Hindenburg disaster of May 6, 1937 – a tragic footnote in history but that’s all in the past now. Today, this welcoming “green” Township is full of positive vibes, with a strong focus on sustainability taking the spotlight.

Manchester Township Supervising Engineer, Joseph Veni, has been immersed in the community’s sustainability initiatives for over a decade and has much to report. According to Veni, “When we were introduced to the Sustainable Jersey program back in 2008, we thought it was strictly energy; we didn’t know how involved it was. There are so many other actions the Township is required to meet for certification – one being educating the public – all those action requirements make it a very sustainable community. Along the way, we developed resources consisting of volunteers to help achieve outreach programs to educate the public.”

In 2009, Manchester was considered by New Jersey’s Clean Energy Program to be on the forefront with its sustainable energy reduction projects. The pilot project was its public works garage. “We had a lot of energy consuming lights being used, all day long,” says Veni. “The systems were antiquated and very costly to run and maintain. Through research, we found a company that provides tubes that penetrate the roof of the building to convey natural daylight into the interior. However, on a beautiful sunny day, we realized we would also be using artificial lights as they weren’t being controlled. So, before we started this project, we took our existing 400-watt metal halides and replaced them with energy-efficient, T5 high-output lamps with factory integrated photocell and occupancy sensors to serve a dual purpose.  The photocell continuously measures the natural sunlight within the interior space.  If enough natural light is present within the building, the photocell sensor automatically shuts the artificial lights off.  In addition, the occupancy sensor constantly monitors the presence of workers through infrared and ultrasonic technologies.  If the occupancy sensors do not sense the presence of workers, they automatically turn off the artificial lights regardless of light levels, therefore saving additional energy and money. To sum it up, on sunny days, the Township does not pay for electricity to illuminate the interior space of the public works garage.  Our Public Works employees installed both phases of the project and we received significant rebates from the state to help fund the project.” 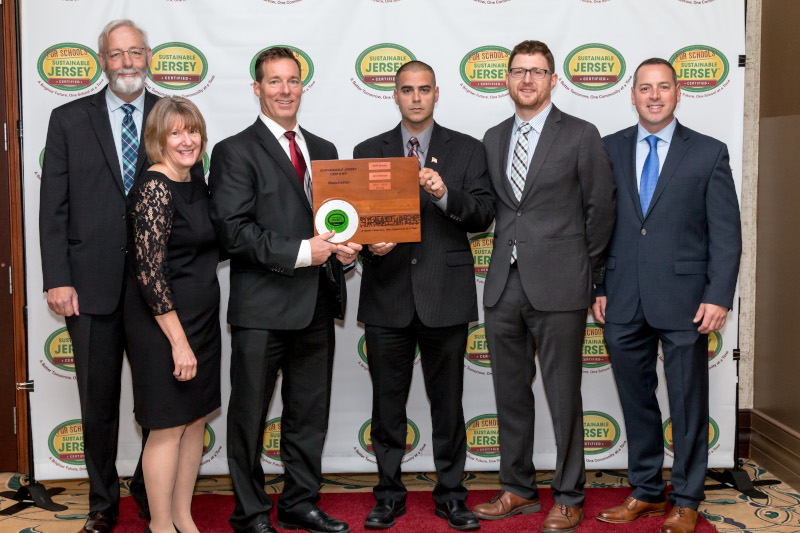 To investigate further savings, the Township applied for, and received, more funding to have a third-party verification company do a study. The results were outstanding, so the town started rolling that into other areas – the municipal building, police building, courtroom – changing out all the lighting to super-efficient fixtures, and receiving about $18,000 from the state, in the bargain, to be put towards the capital costs of those installations. When Ocean County, NJ Freeholders visited the Public Works Garage to witness the daylighting system, they liked it so much, they began installing the same system in all their old and newly-constructed buildings. A great benefit of Sustainable Jersey is that it can be replicated for other municipalities, counties, and state agencies and Manchester was a perfect example of how that could be done.

“That was our first big project and we realized we could go a lot further,” says Veni. “We want to utilize any money available to us to fund any and all proposed energy projects. To date, we have received $162,000, by filling out grant applications to the BPU (Board of Public Utilities) and the NJ Clean Energy Program. If it wasn’t for that money, there would be a lot of projects we could not afford to do. We still don’t have solar – not that we didn’t believe in the technology – it just wasn’t the right time to spend large amounts of taxpayers’ money. As with any technology, we expected solar technology would quickly advance in performance while at the same time becoming more affordable. We stand by that decision, today. However, we were able to implement the sun tubes and make our lighting very efficient, which literally reduced our energy consumption by half.”

Next on the agenda were waste oil heaters.  Manchester has a big fleet of public works and police vehicles which equates to a significant stream of waste oil. Natural gas being unavailable in the area, the public works garage uses #2 diesel, which spurred the idea to use the waste oil to heat the garage as several mechanics are staffed within the building. Two heaters were installed, tested for a couple years, and they worked so well that two more were installed. Now, the facility runs solely on waste oil all winter; not only saving money from using #2 diesel to heat the building, but also reducing, reusing, and recycling the waste oil stream from Manchester’s vehicle fleet.

“After that, we really started getting into this,” Veni recalls. “Clean Energy was offering to pay all of the associated costs of an energy audit, so we opted to have our first audit completed. When the results came back, it was very exciting to hear the auditor’s feedback, basically saying that some of our buildings are so far ahead that nothing else needed to be done, while others needed work. That led to a Direct Install Program, where we replaced eight old inefficient boilers at the municipal, court, and police buildings with only five high-efficiency units; less cost to run and maintain, and we received about $80,000 in funding. In addition, we installed a solar thermal system to use the sun’s rays to heat the water for the police showers instead of a boiler. Those were all energy-related projects.”

Manchester’s current population is 44,000 and climbing. Home to 25 planned senior communities, the demographic is older than average and the tax base is primarily residential.  As part of Sustainable Jersey, the Township started reaching out to educate the public with a Green Day initiative. Gary Sylvester, Director of the Department of Inspections, Land Use and Planning, explains, “We’re big on local public education. It’s also a requirement for the stormwater regulations mandated by the state. So, we took that opportunity in 2009, to have our first Green Day and invited our residents out to that event to educate them on all the sustainable projects the Township was involved in. We also had about a dozen vendors on the cutting edge of going green there to help residents in the areas of reducing energy consumption in their home and vehicle. We’ve done several of these events and are looking to have more.” 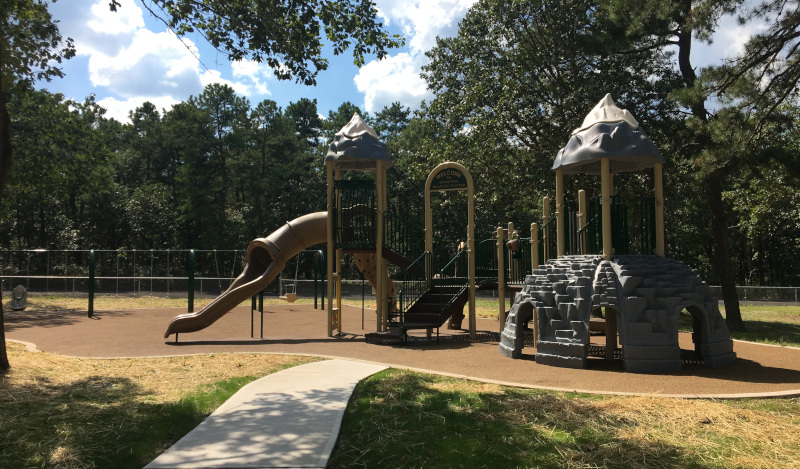 Veni adds, “We were the first municipality in Ocean County to be certified Bronze by Sustainable Jersey for two rounds (six years). We achieved Bronze status again, this year, making Manchester Township a sustainable community for twelve consecutive years. One of the key benefits for the municipality is we get the citizens involved. It all comes down to teaching and learning, and I believe it’s our responsibility to educate our residents in regards to simple conservations practices; for example, why you shouldn’t idle your vehicle. It is also important to educate the residents about water conservation because in the summer, our well pumps run 24 hours a day.  By complying, it helps us reduce our water usage as it is a natural resource.”

Manchester Township has partnered with Save Barnegat Bay and the town’s environmental commission to host their first annual rain barrel workshop. Residents have learned how to construct a rain barrel they can keep and use at home, and learn the many benefits of installing one. In addition, Manchester is holding a rain garden workshop in February of 2020. Both workshops will allow residents to understand the importance of stormwater runoff and how they can help minimize the pollution for healthier, cleaner, drinking water.

In 2008, Manchester Township received a New Jersey State League of Municipality Innovation Award for the innovation of the sun tubes in conjunction with the newly installed lighting system, when it was considered “high-tech” lighting. And they have never looked back. Sylvester notes, “We recently had a feasibility study done and we have to cap our landfill per NJDEP requirements. So, we’re working with a company on a Solar Energy Harvesting project to install a solar farm on top of the cap to utilize that space so it will serve a dual purpose. The best thing is it will be a zero out of pocket expense to the Township through a Power Purchase Agreement.

Veni sums it up well, “At the end of the day, our biggest goal is to save energy and reduce our carbon footprint as best we can with using as little money as possible, and making sure every project is financially justifiable. If there’s a rebate or funding, we’re going to get it, even if it holds the project up. I don’t ever want to have to say to our residents, “We could have received $4,000 for that project but we didn’t want to wait, or we didn’t feel like filling out the grant forms.” That’s not our way of doing things.”

What: Clean and green community; population 44,000