Montgomery County, New York – Getting down to business

Montgomery County, nestled in the heart of the Mohawk Valley, is home to ten towns, ten villages, one city (Amsterdam), and approximately 50,000 residents. Located at the foot of the Adirondacks in New York’s Capital District, this Leatherstocking region is known for its beautiful countryside, numerous parks, and outstanding recreation facilities. The Leatherstocking region is named for the unique leather leggings worn by frontiersmen and made famous by the work of author James Fenimore Cooper. Montgomery County is proud to incorporate the area’s rich history and tradition, as it plans for the future.

“The County and the Business Development Center have worked hard to create an environment where businesses want to invest. We’re beating the odds and showing that Upstate New York’s economy is open for business,” Rose says.

2020 has seen quite a lot of change and the County is not immune to that change. For more than a decade the County has been executing a strategy to grow and diversify the local economy, attracting a number of name-brand companies to its borders. As a result of the COVID-19 pandemic, the Montgomery County Business Development Center has concentrated its efforts on assisting businesses with implementing the plethora of new regulations that have been passed by the state. This, however, does not mean the County has abandoned or drawn back support for its numerous projects, particularly large ones. 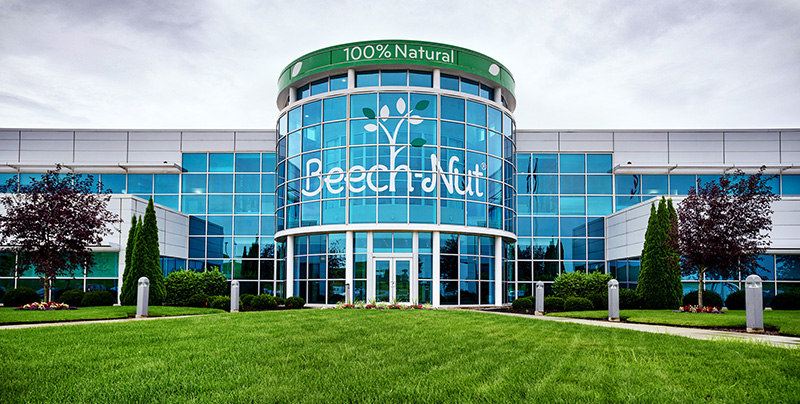 As Rose reports, “One such project is the development of the Florida Business Park on the Route 5S corridor in the Town of Florida, only a mile from Exit 27 of the NY State Thruway, and just outside the incorporated area of Amsterdam. This development has been a County and IDA initiative for 15 or 20 years.” The prefilled sites were initially acquired by the County’s Industrial Development Agency. To further streamline development, the environmental permits were also handled, to not only attract, but also retain, various companies. Over the course of those years, companies such as Amazon and Dollar General have built distribution centers in the 5S corridor, with the 1.9-million- sq.-ft. Target distribution center being the largest.

Business retention is a key element to Montgomery County’s future. And Rose is pleased to share details of some of the County’s many achievements in that regard. He recounts, “ Beech-Nut Nutrition was formerly looking to move to another state, as it was in a 100-year-old food processing facility located on Exit 29 of the NY State Thruway. In 2009, it constructed a $226-million food processing and packaging facility located in that very same corridor, now known as the Florida Business Park. The former property used by Beech-Nut has now been taken over by the County, which has leveraged over $6 million from the state to actively prepare the site for redevelopment. This project has been going on for about two years and the County has actively marketed the property, even creating a website to leverage on development opportunities.”

He adds, “Alpin Haus is the largest RV retailer in the northeast and the County was able to convince it to remain in the community, which culminated in the construction of a state-of-the-art dealership and maintenance facility back in 2003. Hill & Markes is a family-owned company formerly situated in the City of Amsterdam. The company outgrew its former space and moved to construct an $11-million facility in 2011 at Florida Business Park.”

As for business attraction, in 2003, Target invested $127 million to redevelop a previous vacant facility, which was a K-Mart distribution center under construction. K-Mart abandoned construction when it filed for bankruptcy the first time and Target leveraged the space – finishing construction of the distribution center and also adding around 400,000 square feet to the overall building. The total amount of capital invested was $147 million.

“In 2019, Dollar General built a $110-million facility right down the road at Florida Business Park,” says Rose. “And Amazon’s Last Mile facility, which is open. The major story, and overarching theme of the Montgomery County Business Development Center, is that the 5S corridor actualises $5.1 million in annual tax revenue generated from companies operating in this sector. Those companies also employ over 2300 people.”

During the course of 15 to 20 years, over 3.5 million square feet of building has taken place in that corridor; highlighting a highly effective public private partnership. When it comes to incentives used, the County also calls on its partners to leverage incentive opportunities. In the case of the 5S corridor, it was able to leverage money via the State of New York, in association with the power authority, to receive funding for electric and gas infrastructure that was necessary for the corridor’s development.

Rose explains, “This is quite telling, given that the area has been transformed from fields for agriculture to a robust economic corridor. The tax base now is a lot of residential, but Montgomery County is a rural county in upstate New York where dairy was the major industry.” Obviously, there has been a conscientious effort to drive development to the County, bringing in big ticket employers and companies to fuel the economy. The dairy farms that populated the state, prior, have either been bought up by larger corporations or redeveloped into rural residences. “It is quite peculiar that the residential developments are concentrated on single family properties,” says Rose. “They’re not really subdivisions, but standalone homes on 2-3 acre lots. The majority of the land use, however, is still agricultural.”

In that same corridor, water, electric, and gas infrastructure development has been just as large as any other company development. A prime example: transmission lines are a necessary prerequisite for any business, and many infrastructural projects have taken place due to the location of the Florida Business Park.

Solar is another exciting avenue for infrastructure that has caught the County’s attention. This interest has blossomed into the Mohawk Solar Project, which was approved last year by Montgomery County IDA and will be situated on the County’s western border. The completed project is expected to generate 85MW via solar and will see an influx of $130-plus million to the area.

The County utilizes a combination of state and county incentives which are offered through its Industrial Development Agency. The tax incentives come in the form of sales tax. Montgomery County has a 4 percent sales tax and there is a 4 percent sales tax at state level, as well. However, the exemption is when it comes to the construction of a facility. There are extremely aggressive incentives for new construction within the County – those companies receive property tax exemptions along with the sales tax exemptions at some point in their respective developments.

The Montgomery County Business Development Center has a good working relationship with Empire State Development, New York State’s development agency. They collaborate on larger development projects to put together an attractive incentive package from the state and the County. This is further reinforced by the County leveraging the National Grid’s economic development incentives for required gas and electric infrastructure for existing companies looking to expand, or new businesses looking for opportunities in Montgomery County.

Rose has a wealth of experience to answer the question, why do business in Montgomery County? In his words, “The County has a low cost of living, high value cost of real estate, access to existing transportation infrastructure, water, and sewer. Corporate America is going through what is likely a generational transition and that places the County at an advantageous point. It is strategically located with three New York state interchanges running through the center, providing Montgomery County the best chance for development.

“In addition, Montgomery County makes every effort to touch base with businesses long after the courting and business planning phase is over,” Rose says, in conclusion. “This ensures the avenue for constant conversation on optimizing business relationships and solving critical issues hampering business operations.”

WHERE: In the Mohawk Valley in northwest of Albany

Power Question: From a business perspective, what...