It’s been 20 years, but Chad Fotheringham still recalls the play.

And when the former quarterback at the University of the Pacific looks at a photo in his Southern California office showing an unblocked defender charging toward him, as a certain teammate on the offensive line stands idly by – he sometimes feels the need to give that lineman a gentle reminder.
Which is convenient, because Tafa Jefferson’s office is just down the hall.

“Tafa assures me that it was a screen play and that he was supposed to let the guy through, but I’m pretty sure that it wasn’t,” Fotheringham said, over the nearby Jefferson’s sheepish chuckles. “There’s a guy coming straight at me, and I think if the picture had audio you could probably hear a ‘Look out!’

“He’s pretty adamant about it even now, but it is definitely under review.”

Regardless of the ultimate verdict, though, the two have managed to find life after sacks. 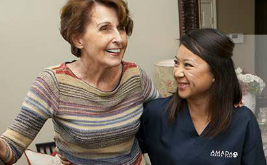 Fotheringham and Jefferson pursued business degrees while attending school together, and the friendship and mutual entrepreneurial spirit they cultivated there while pondering post-graduation career paths ultimately led to those paths intersecting again years later at Amada Senior Care.

Jefferson is the company’s chief executive officer, while Fotheringham is its president.

“My father has always been an entrepreneur and I never knew any different,” Jefferson said.

“That had a big impact on me as a young boy. He always carved out and created a niche for himself. He was always able to figure out a way to make it happen. I learned from a very early age to be very industrious. My father really focused in on teaching us the importance and value of education. When I arrived at the Eberhardt School of Business on campus at University of Pacific, I knew I wanted to be like my father. I knew I wanted to blaze my own path in business.”

His mother’s background as a nurse steered him toward a healthcare-related discipline, and, after a would-be NFL career was snuffed out by injuries and a first start-up business showed significant promise, Jefferson sought to reconnect with Fotheringham – who’d been laid off from a national account management position with a major pharmaceutical company and was open to possibilities.
They kick-started Amada out of a 300-square-foot office in 2007, and have since watched the in-home senior care enterprise grow to three corporate and four franchise facilities in Southern California. Together they have accumulated 38 franchise operations comprising footprints in 17 U.S. states.

The company’s newest offerings include the “BeClose with Amada” system, which provides daily activity and behavioral information to Web-based dashboards or mobile devices; and “Transparent,” an online portal allowing registered family members to log on and see duties performed by staff.

“We’re going to have some very aggressive growth this year,” Jefferson said.

“2015 will be an interesting year for Amada Senior Care. It will be a year in where we anticipate opening up new markets in multiple states. We are very excited to have large territories in newly registered states. We are pleased with the progress thus far, but understand we have much to do in order to meet our goals this year. As many say, timing is everything. We are in a situation where we have one of the largest and fastest-growing demographics in the country needing senior products and services and Amada Senior Care is aligned perfectly to offer new territories to candidates for consideration. As we continue to grow we will always seek new ways to differentiate ourselves from other senior care brands. We have a very different approach to senior care, and with 18 years of working directly with families and caregivers we see the senior care market moving in a different direction than most.”

But it’s not entirely about money when it comes to 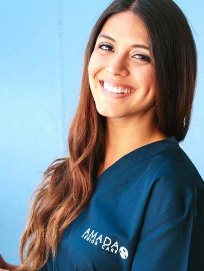 who succeeds and who doesn’t.

“Often, franchisors screen prospective franchisees based on how much money they have” said Marcos Moura, Amada’s chief development officer since 2012. “We dive much deeper than that. We look for entrepreneurs whose goals and core values match ours.”
Moura said expansion could bring the roster to between 200 and 250 domestic locations over the next five years, split amongst 70 to 80 franchise partners that he envisions building $5 million to $10 million businesses. And, providing those forecasts are at or near target, the growth focus would then shift to worldwide markets whose senior populations are growing at similarly prodigious rates.

A particularly intriguing market, Jefferson said, is China, where experts predict the senior population to eclipse 440 million by 2050.

“What’s going on in China is very unique. We will expand into China eventually,” he said.

“It’s just going to be a matter of if it’s going to be in the next year or two. If we can form the right strategic partnership, we will take another look at the opportunity and consider expansion.

In China, the senior care market is in the early stages of development. During our recent visit to Beijing we found that seniors desire assistance and companionship far sooner than we are accustomed to here in the U.S. It’s a different model, there’s focus on holistic wellness, and that was something I was very intrigued with.”

“We are one of the few companies that really look at senior care holistically here in the U.S. We’re not about selling a service. We’re about making sure that seniors and their families understand all of their care options.” 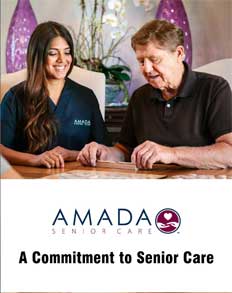