Cumberland County, Nova Scotia, occupies 1,650 square miles on the northwestern part of the province. It is bounded on its northeastern coast by the Northumberland Strait, and its southwestern peninsula juts into the Bay of Fundy. It was founded in 1759, and named for the third son of King George II, William Augustus, Duke of Cumberland. The county is rich in natural resources, and has a long industrial and agricultural heritage. 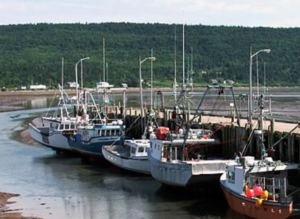 The Municipality of Cumberland is an administrative entity composed of most of the county, minus the incorporated towns of Amherst, Oxford, and Parrsboro. However, it does include the Village of Pugwash, and recently, the Town of Springhill, which filed for dissolution and was incorporated into the municipality this past April.

Pugwash is a small fishing village of less than a thousand souls, situated where the Pugwash River flows into the Northumberland Strait. It became world famous over a half century ago when it was the site of an international conference of scientists and scholars from both sides of the Iron Curtain, who came together to discuss the threat of nuclear weapons. The 1957 symposium was hosted by Pugwash’s native son, steel magnate, Cyrus Eaton at a lodge owned by the Pugwash Park Commission. The building, a former bed and breakfast, later became known as “Thinkers Lodge” and, today, is a great source of pride to the local residents. It was named a National Historic Site in 2008, by the government of Canada.

Like many of its Nova Scotia neighbors, Cumberland faces the challenges presented by the area’s economic decline and changing demographics. The county, itself, has one of the oldest populations in Canada, and creating economic conditions that will attract industry and provide employment for some of the area’s young people, who left home to find work in other locales, is a key initiative for the municipal government and its staff. Justin Waugh-Cress is the municipality’s Director of Engineering and Operations. Rennie Bugley is its Chief Administrative Officer. According to Waugh-Cress, “Our two big projects, right now, are the Pugwash Water Supply Project and the Cumberland Energy Authority. Those are two pretty big ticket items that we deal with on a regular basis.”
When finished, the Pugwash Water Project will be important, primarily, to the people of Pugwash. The work of the Cumberland Energy Authority, however, may well be important to the whole world. Yet, both projects represent the best in holistic, science-based thinking by a governmental jurisdiction – one that thinks globally, while acting locally – just as the participants did in Thinkers Lodge, all those years ago.

Waugh-Cress discusses the first project on the list: “The Pugwash Water Project has been in the works for quite a while. In 2012, CBCL, an engineering firm in Atlantic Canada, conducted a sampling of 10 percent of the residential wells in the village of Pugwash and the surrounding area. It was found that, of those wells tested, 80 percent were above the aesthetic criteria for things like salt, suspended solids, hardness, iron, and manganese. Thirty percent of those wells were above Canadian drinking water guidelines for arsenic and some for uranium and selenium. So, from those well samples, we identified a very serious health risk for the people in the community. Some things were easy to deal with – if the water was salty, you could spit it out, but things like arsenic and uranium are tasteless and odorless, so you could think that you had perfectly good water for years and still be drinking very dangerous chemicals.” Waugh-Cress stresses that these chemicals in the well water were not industrial run-offs that had gotten into the underground supply, but were rather natural to the geography of the area.

He continues the narrative: “We spoke to every resident who had the compromised wells and we began the process of developing a centralized, groundwater distribution system, which we had to do from scratch because, until now, everyone in the community has had to rely on drilled or dug wells. So, the next phase was to locate a groundwater source to supply the water system. We had to go out quite a ways. We drilled more than a dozen test wells to find a stable supply, and we did find one approximately five kilometers from the village limit in the winter of 2014. The supply is very good quality and very good quantity and we’re very happy to have found it.”

After determining that many of the area’s residents were drinking tainted water, and that there was a good source of clean water not too far away, the municipality’s next task was figuring out how to get the water to the residents. “It turns out that finding the water and planning for all this was the easy part. Now we had to build the well-field infrastructure, the water treatment plant, the storage reservoirs, the transmission lines, and the distribution mains throughout town,” says Waugh-Cress.

“We made an application under the Building Canada Fund, something the provincial and federal governments have been working together on to help fund infrastructure projects of this nature in Canada,” he recounts. “That will provide two thirds of the funds for the project. The one third we are supplying will be paid for out of our capital reserves and our general rates, as well as a capital charge to each of the properties fronting the system. If you don’t want to hook up to the water system after you’ve had the capital charge levied, you don’t have to pay a monthly rate to have the water line there. Every resident or business that does use our water, we’ll meter and they’ll pay for the water that they use.” 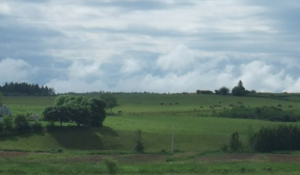 Recently, the Municipality of the County of Cumberland, and provincial and federal officials announced that $14.9 million was being set aside for the project, which will require about 24 kilometers of pipe for distribution and transmission mains. So, this past month, the municipality awarded a preliminary engineering design contract to WSP Canada, Inc., a major design and consulting firm, and Waugh-Cress reports that more contracts will be awarded sometime in October or November. “At that point, we’ll be very quickly awarding the detailed and final design, with the intention of going to tender in the early spring of 2016. The water should be in place by the last quarter of 2017,” he says.

The Pugwash Water Supply Project will service more than 330 residents, as well as light industrial plants and other businesses in the area. In addition, there will likely be an immediate, positive impact on the local economy. “There’ll be more people in the area building this. There’ll be rooms rented and there’ll be food bought when the contractors and businesses and companies are in town,” Waugh-Cress says. But, perhaps, more important, are the long-term benefits that will accrue to the community after the project is completed. “We see this as kind of a cornerstone of a larger economic strategy and development strategy within the community of Pugwash,” he says. “Without a water system to promote a greater density of development or support a large fixed-roof accommodation, there can’t be much growth in the area. It would be a deterrent to a company coming in to set something up. So, this is kind of the first step of what we hope will be a larger economic strategy for the area.”

Rennie Bugley is also keen on pursuing projects that have the potential of attracting economic activity to Cumberland. He sees the Pugwash Water Supply Project as a key enterprise because he believes that it’s easier to develop other initiatives when a basic core infrastructure, like a municipal water supply, is already in place. “It’s not just the water,” he says, “although that is a key to moving forward. The Pugwash area has some very high potential projects in terms of population and economic development. We’re working on a Pugwash waterfront development project, and we’re also looking at a new community center/library complex, as well. That basic infrastructure, together with all those other potential development initiatives, should help to attract industry, generate opportunities for tourists, and have people move back to the Pugwash area. So, we like to think we’re doing it for all the right reasons.”

In fact, recent research corroborates Bugley’s assertion: There is more than 7,000 megawatts of potential in the Minas Passage, 2,500 megawatts of which can be extracted without significant effects. Models indicate upwards of 50,000 megawatts of energy exists in the entire Bay of Fundy. “The entire world is watching the research and development in the Bay of Fundy,” he says. “The Minas Passage is located just off Cumberland County, so the very large tidal power development has tremendous potential to create jobs, and economic opportunity.”

Bugley also talks about the development of geo-thermal energy in the county’s backyard: “There’s tremendous geo-thermal resources located in abandoned mine shafts in the former town of Springhill and the County of Cumberland. We just recently entered into a partnership with a division of Cape Breton University’s Verschuren Center, and we are doing phase one of a scientific study that will help us determine the capacity and sustainability of the potential uses of the geo-thermal resources. There are some industries now in Springhill using geo-thermal as their heating source and they advise us that they’re saving up to 60 to 70 percent of their annual heating costs; which is just incredible, if an industry can save that amount. The community center of Springhill also uses geo-thermal. Once we know the sustainability capacity of the geo-thermal we will then look at a concept design for a regional, green, geo-thermal industrial park, and how we market that industrial park to prospective industries.” 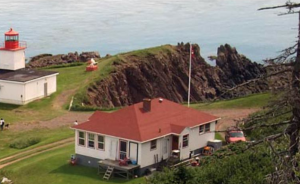 As if tide and geo-thermal energy wasn’t enough to put Cumberland on the green-energy map, Bugley also touts the area’s solar and wind potential. “We have the same solar potential in Cumberland County as the city of Ottawa. It has to do with our geography and the length of our days. So, we will be looking at engaging somebody in the next few months to help attract solar power developers,” he says. “We’ve also got a very high potential for large-scale and smaller-scale wind energy projects. We have one large- scale wind project right now that produces 32.5 megawatts of wind energy. There are three additional large-scale projects being developed and there are three in operation now, so that will give us six additional large-scale projects.”
Fifty-eight years ago, the tiny village of Pugwash broke onto the world stage when it hosted the first iteration of the Pugwash Conferences of Science and World Affairs, a society of scholars, scientists, and policy makers that, to this day, works to bring scientific insight and reason to the problems of humanity by “thinking in a new way.”

Obviously, that ethos has found a welcome place in the governmental offices of the Municipality of Cumberland as its official seek to renew and revive its historic identity by exploring new energy technologies, while also responding to the current needs and desires of its people. And Rennie Bugley, for one, is looking toward the future with enthusiasm. “We want to be the municipality on the planet that produces more green energy per capita than anywhere else. So we’ve got some really lofty goals,” he says. Lofty? Perhaps. Achievable? Why not?

WHO: The Municipality of the County of Cumberland
WHAT: An administrative entity in Cumberland County
WHERE: Northern Nova Scotia
WEBSITE: www.cumberlandcounty.ns.ca

BOOKMARKED: You Can’t Be Everywhere

Baybridge Pharmacy Corp. – For the patient 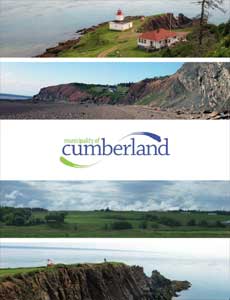