To Erick Heald, President of the Southwest Milling and Industrial Company (SMICO), “separating the wheat from the chaff” is not merely an idiomatic expression – it is very the core business of this Oklahoma City-based company that manufactures the feeders, screeners, separators, sifters, shakers, sizers, and scalpers that literally separate what is useful or valuable in a product or commodity from what is useless or worthless. 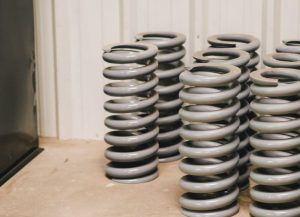 The range of industries that utilize SMICO products in order to separate their own particular “wheat” from their less than useful “chaff” is extensive. It includes: mining and aggregate production, foundry and concrete production, construction, food and pharmaceutical production, oil exploration and refining, recycling, and the glass/plastic industries, to name just a few. But SMICO is also historically rooted in the feed processing and milling sector. Back in 1930’s Chicago, when Frank Shidler began the Productive Equipment Company, his original clients were the milling and feed processing companies that serviced the farmers of the American heartland.

Today, SMICO, which Shidler founded in 1947 and then merged with Productive Equipment ten years later, still supplies the biggest names in the food processing universe, including General Mills, ADM, and Cargill, among others, with the equipment that, according to Heald, “gets out all the junk. For example,” he explains, “if you’re doing grain, you’re trying to get the clean grain to send up line; getting the dust out of it, dirt, all that stuff that comes in when it’s being harvested.” In addition to grain mill products, SMICO’s food and feed screening machines also process meat, dairy, fruits and vegetables, sugar and confectionary products, fats and oils, distilled beverages, and miscellaneous prepared foods, such as coffee, tea, spices, and pastas, among many others.

SMICO also has fifty years of experience in the providing oilfield drilling equipment such as shakers, screeners, and separators for the oil and natural gas industries. In 2009, the company bought Symons Screens, a builder of high quality screening equipment for the asphalt, aggregate, mining, and industrial markets; an acquisition which not only augmented SMICO’s product inventory, but internationalized its customer base, as well. “We now do machines all over the world,” says Heald. Mineral product categories using SMICO equipment include: Abrasives, Aggregates, Asphalt, Cement, Carbon Derivatives, Clay, Rocks, Limestone, Salt, and Sand. 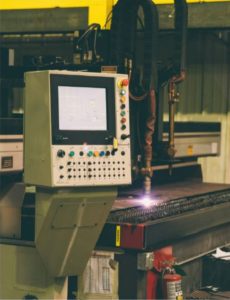 Other product categories in SMICO’s portfolio include: Plastics – resins and pellets; Chemicals – general, detergents, fertilizers, and pharmaceuticals; Recycling – rubber, plastic, and glass, Metal Powders; and Wood Products. Its current product line includes quality machinery such as: conveyors, separators, feeders, shakers, and sifters as well as its flagship product, vibrating screeners ranging in sizes from 12”x2’ to 8”x24’. In addition, Heald relates that his company’s sizing machines process each and every coin that passes through the United States mint system – making sure that every single penny, nickel, dime, quarter and on up, is the exact right size.

SMICO is also a leader in custom screening technology and stands out among all other major screen manufacturers in its willingness to customize a machine for a customer. In addition, the company offers a free testing service in its onsite Materials Testing Lab, where it determines the appropriate equipment to do a specific job. Potential clients can send materials to the lab so that SMICO engineers can evaluate the machine type and size needed, as well as determine the correct machine settings and optimum screening media required.

Heald believes that another way in which SMICO distinguishes itself from the competition is simply because its machines “are able to get the product way cleaner, meaning that our accuracy rate is way higher. When you’re talking about product,” he explains, “the cleaner you can get it, the less waste you have. Our technology and our machines are better than the competition.” The reason that is so, according to Heald, is because the company’s chief engineer, Randall Stoner, “has pretty much figured out the exact match on speed and “throw,” which is how the machine vibrates. He can connect the speed to the throw with the product because we have almost a hundred years of library on how much can go through a screen. He can take that knowledge, and turn it into making our machines more accurate.” 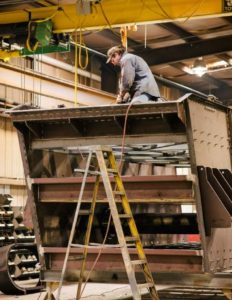 Heald admits that while some of SMICO’s larger competitors can offer more complete systems, including the mixers, crushers, etc. that feed their screening units, his company is one of the few around whose machines service so many different industries. That being said, in order to grow and compete, he expects to see SMICO invest in and/or acquire more up line and down line equipment over the next few years, in order to be more of a one-stop-shop. “In the world that we live in now,” he says, “people want to make one phone call, not ten,” for equipment that they want to order.
SMICO has been around long enough to have earned a very solid reputation and its business relationships with recognized mega-corporations are well-established. “We’re so old, a lot of people know us,” Heald says. But that doesn’t mean that this 70-plus year-old company is standing still. “We have salesmen on the ground, we contract to manufacturers’ reps, we do tradeshows, and we do a lot of stuff online,” says Heald. “We want to continue to grow; we want more equipment and acquisitions. We’re investing in automation and we continue to find new technologies in the screening world. We’ll continue to do R & D and diversify our equipment offerings.”

Regarding those pieces of equipment: since its first day of operation, SMICO has opted to service every machine it has ever built for its entire life, rather than discontinuing service and parts for old units. It’s just one more way that the company accomplishes its goal of being the best screening value in the marketplace. Indeed, over the last 70 years SMICO has made a name for itself as being customer oriented, while simultaneously being obsessed with quality. And today, the company continues to offer the highest level of support and response to its clients’ needs while retaining its signature, American-made quality. So, when separating the wheat from the chaff in the realm of top-notch, customer-focused companies that are always on the cutting edge of technology, SMICO can certainly be said to belong to the former category – that’s the wheat, by the way.

WHO: SMICO Manufacturing Co.
WHAT: Manufacturer of screeners, shakers, sifters and other separating equipment
WHERE: Oklahoma City, OK.
WEBSITE: www.smico.com

Metcalfe Gardens – Breaking The Boundaries Of... 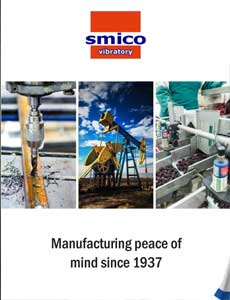