Phoenix Tower International’s mission since its creation in 2013 has been to own/operate high-quality wireless infrastructure sites in stable markets experiencing strong wireless usage growth, and its current expansion initiatives are focused on Central and South America and the United States. 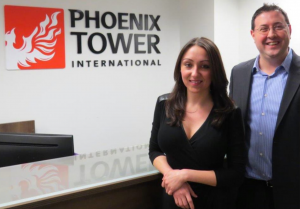 The company’s founder and chief executive officer, Dagan Kasavana, had been senior vice president of mergers and acquisitions at Global Tower Partners, up until that business was sold to the American Tower Corporation late in 2013. But rather than taking the chance to disconnect when the transaction was finalized, he was so convinced of the market’s long-term vitality that he kept right on working.

“I really felt like the wireless growth was going to continue for five or 10 years more, unabated, both in the United States and especially in Latin America,” he said. “So, when we sold the business to American Tower, I didn’t want to go to the beach and enjoy a vacation. I really wanted to get right back into it because I felt there was so much opportunity out there that had been undeveloped.”

And when he said “right back into it,” yes, he really meant it.Kasavana started the new operation the day after the American Tower deal was completed, and immediately went about raising funds to support their corporate vision of having a multinational tower owner/operator that would work with developers to build towers across Latin America and the United States.
The intense capital-seeking period lasted about six months, Kasavana said, and yielded a group of wellheeled investors able to immediately assist with an aim toward aggressively attacking the market and its wireless growth opportunities. A series of transactions followed in which the new enterprise acquired a series of available businesses to bolster its complement of services. 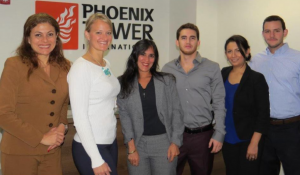 Perhaps most notable among the moves was a September purchase of American Tower’s roster of 60 telecommunications sites in Panama, which included a mix of towers in urban and suburban locations that are occupied by all of the country’s major wireless carriers.

“We got a great deal done,” Kasavana said. “With this latest acquisition, Phoenix Tower further establishes itself as a premier site provider to our wireless customers across Latin America. Panama represents a vibrant wireless market with four major multinational operators and is one of the fastest-growing economies in Latin America.”

Greenburg Traurig www.gtlaw.com– A law firm’s effectiveness is not judged on the past, but on the present and future. Who are the nimble players as markets, technologies and circumstances continually change? We’re built for those changes. You see it in how we hire talent, work with you, choose our locations, run our business, foster diversity and serve our communities.

Lotis engineering group – www.thelotisgroup.com – Has performed due diligence on more than 15,000 infrastructure sites throughout all 50 states, the Caribbean and Canada. With a combined 50-plus years of experience, Lotis professionals provide fast and accurate deliverables within budget.

The firm’s clients are primarily transnational corporations from Europe, Asia, and North, South and Central America with interests and commercial, industrial and service operations in the region. The firm’s goal is to become its client’s strategic partner for business success, comprehending the full scope of their business and providing solutions tailored to their specific activities.

Chemetall – A global leader in surface...