Boudreau Pipeline – We dig the future 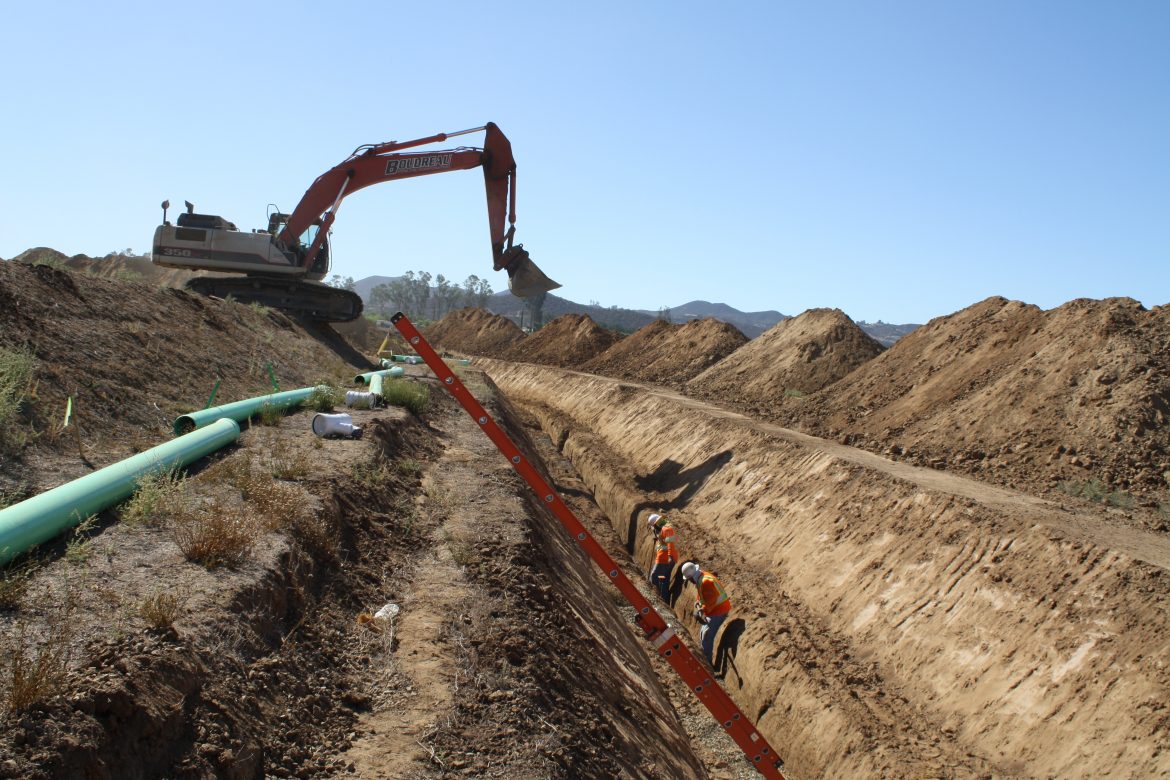 Alan Boudreau, President of Boudreau Pipeline of Corona, California, says that he learned his trade working for his father’s plumbing business. “I was the guy who enjoyed digging in the dirt and learning how to run machines,” he explains. “My dad closed his doors in 1996, and I bought a backhoe from him and started as an owner/operator.” The younger Boudreau’s company was called A&B Equipment and he ran the business out of his home. In 1997, one of his customers asked him to bid on a pipeline project he was slated to do but could not fit into his schedule. “I didn’t want to let the developer down, so I bid on the job and got awarded the project. I hired a few guys and that really started the ball rolling. I switched gears from plumbing to pipeline and started down that path.”

That first job, a residential sub-division in Rancho Santa Margarita, California, led to several others, and by 2000, Boudreau Mechanical was incorporated and became today’s Boudreau Pipeline Corporation. By 2007, the company had reached nearly $20 million in annual revenue and was firmly entrenched in the Southern California residential market. And then came the Great Recession – revenue dropped over 70 percent in 2008, but the company hung on and slowly worked its way back to profitability.

Today, Boudreau Pipeline generates over $65 million annually, and has a workforce of about 370 employees. “We do commercial, we do homebuilding, we do all the infrastructure – sewer, water, storm drains, electrical – for new subdivisions. We’re working for the majority of the major homebuilders here in southern California – Orange County, L.A., Riverside, north San Diego County. And we do a lot of work for the general contractors on new commercial projects in the inland empire.”

Boudreau believes that the company’s “can-do” attitude, as well as its reputation for excellent work, has helped it to grow to its current size and stature. “There’s really only one competitor around the same size we are, so our biggest competitive advantage is our size,” he states. “We’ve got 60 foremen out in the field, so when you need to get the job done, we can man a job with 20 guys when a lot of our competitors have 50 or 60 total guys in the field. We’ve got the capacity to get out there and meet and beat schedules.”

Boudreau admits that keeping his company well-staffed is a continual challenge. “The construction industry out here is facing a major labor shortage,” he explains. “Back in the downturn, it pretty much fell apart, out here. All the workers are gone and have found other jobs and haven’t come back into the industry. So, one thing that we started the beginning of this year is a training program to get people that are new to the industry and get them trained. We recently purchased an excavator simulator to train operators on how to dig ditches, which is our core business. We hired a full-time trainer to develop the program in-house and in the field, with hands-on training.

“I’m part of the Building Industry Association of Southern California and we’ve got a task force, this year, to put some emphasis on that. Everyone touts education and college, and it seems like all the trade schools are going to the wayside, so we’re trying to bring new kids in and build up the industry. They formed a building industry technology academy, which is a four-year program for high school students to teach the construction trades. We’ve been working with them to bring high school students in to see what we do; to learn our trade and bring new people into these good paying positions and careers. That’s what our big focus has been, this year.”

Meanwhile, Boudreau reports that the company is also looking to expand. “This coming year, we’re probably going to open another office in the L.A./Ventura area and possibly in northern California,” he says. “And we just started a division that’s taking care of the mobile home park industry, as far as upgrading all the infrastructure in mobile home parks; there are a lot of dilapidated ones around, so we’re attacking that. We’ve got a real talented executive team, so we’ve also been looking in the Dallas area. And we’d like to expand our training program and partner with some schools and have a stand-alone training facility that can help with the construction industry.”

Boudreau Pipeline also helps the communities in which it works. “We had our 20 & 20 Program going on this year,” Boudreau says. “The goal is to donate at least $20,000 to different charities to celebrate our 20 years.” These worthy causes include: Susan G. Komen For The Cure; Working Wardrobes, a nonprofit organization providing job interview clothing for veterans and others; the Loma Linda Children’s Hospital; Donor’s Choose, an online crowdfunding site used by teachers to fund classroom projects; and The Interval House, a home for battered women and children. “There are a lot of charities that are near and dear to our hearts,” Boudreau declares.

“I’ve always said we’re a people company and not a pipeline company,” he adds. “So, our big focus is on our people. We work hard on our culture and our can-do attitude. Everyone here has a positive attitude; they believe in one another. Last year, we entered into the Best Places to Work – Inland Empire, sponsored by the Press-Enterprise newspaper. We got first place on our first try. We’ve been successful and had different awards, but that one . . . if we get the people piece right, then everything else falls into place. I can’t tell you how many times people have said they love working here and just enjoy coming in.”

Getting dirty and learning to run the machines. Who knew that it would turn out to be a recipe for success and a way to dig the future?

WHO: Boudreau Pipeline
WHAT: An excavation company that services wet utilities including sewer, water and storm drain
WHERE: Corona, California
WEBSITE: www.boudreaupipeline.com

YO Fire – Founded In 1995, by Ray Orgill and Rob Yardley, YO Fire is a full service fire protection and water works business. The company, with facilities in Stanton and Bloomington, California, maintains a large inventory to supply its clients with all of their water, sewer, and storm drain needs. Its product department supplies tools, generators, pumps, and pipe machines. In addition, its fabrication department can provide custom riser pieces and manifolds. – www.yofire.com 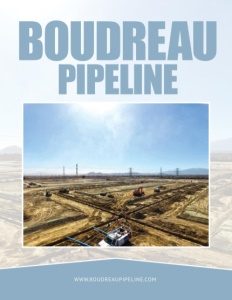