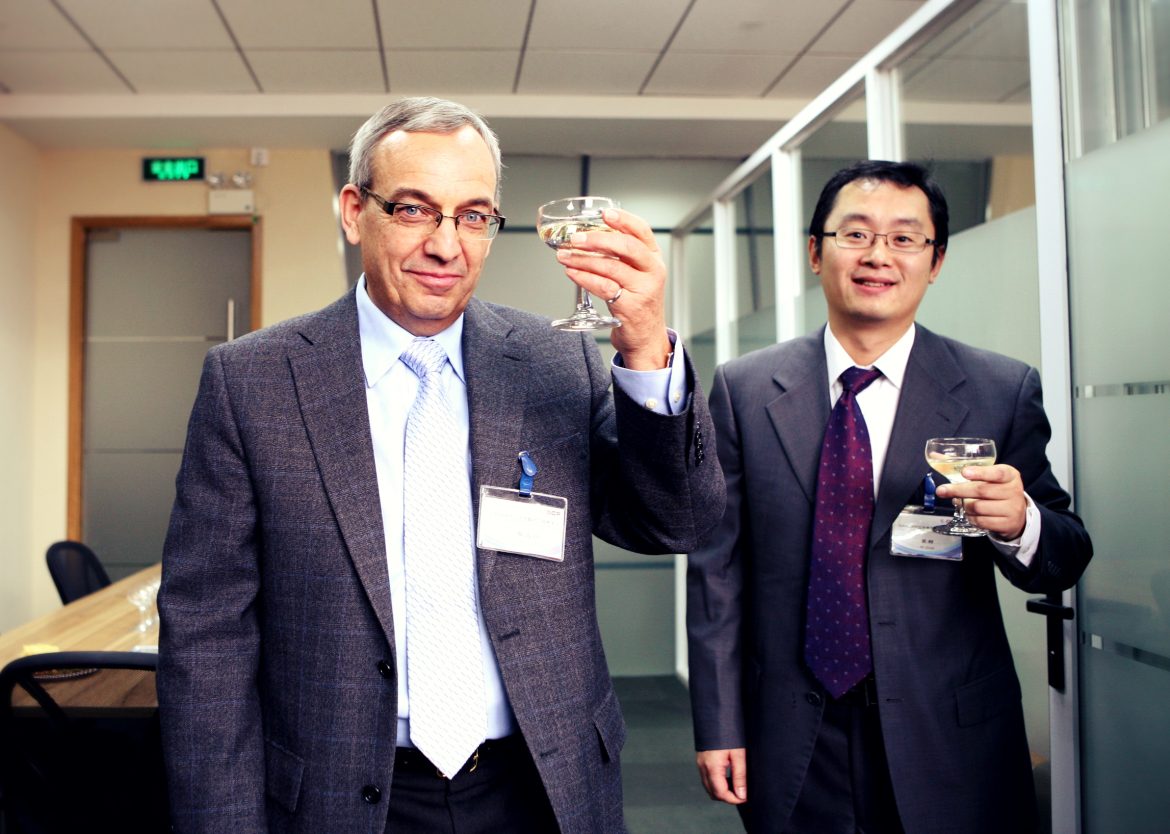 Your catalyst for growth

It began in 1999 in Kitchener, Ontario with one key supplier and one product. Today, GCP Industrial Products supplies high quality industrial material from more than 30 GCP Approved Suppliers on three continents, has an office in China, and supplies over 10 million pounds of material annually. The company is the largest importer of industrial rubber sheet in North America and a pioneer in the use of recycled rubber. A true community champion, GCP believes their true worth is always determined by how much more they provide in value than take in payment.

Gary Mottershead, Founder and President of GCP Industrial Products, is a forward-thinking leader who has spent decades coaching entrepreneurs on how to achieve strategic business success through work/life balance. For the past 10 years, Gary’s son Craig has worked alongside his father, putting his skills as VP of Marketing to great use in the tech/innovation side of the business. Together they make a formidable team.

Back in the late 1980s, Gary was developing and selling innovative tire recycling facilities to interested parties around the world. Gary recalls, “After a few years, in 1997 I sold out of that business, and began working full time with a sheet rubber matting company in China. Using recycled rubber, our job was to develop a high quality, long lasting sheet rubber material that could compete with the North American incumbents.  We started in October of ’99; got our first order for a customer in British Columbia; continued to develop a few more customers, and the rest is history.”

GCP Industrial Products was meant to be a small business, perhaps a couple million dollars a year selling matting, but it soon became clear that no one else in the industry was using recycled materials to make commercially acceptable products. As a result, GCP’s customers started asking for more. Gary’s intuition told him there was a wave coming from China, and he wanted to be on top for the ride. Thus he began ramping up his partnerships and product offering.

“From that point on we focused on mutually beneficial, long-term relationships with our customers and factory partners,” says Gary. “We became experts at sourcing things, buying them, developing, managing the quality, and bringing them back to North America. We pioneered working with China. We didn’t use government resources, only personal ones. I ended up writing a book called Guanxi – the Chinese expression for a close relationship and trust. We work with all our suppliers and customers on that basis. That’s how we’ve grown from $500,000 in 2000 to $20 million this year, and have built a diverse and experienced sales team with representation in Canada, U.S., China and Mexico.”

Craig adds, “The innovation and product development side of our business is what enabled us to grow and stay ahead. Much of that is driven by customer requests and identifying opportunities in the marketplace. As much as we were pulled into markets early on, we’ve now been shifting and adapting to provide products and services that may not have existed before. That’s been a big transition for us, and will be a significant part of our operations going forward.”

There was an inflection point in 2007/2008, when improving quality came to the forefront. Gary explains, “We put together a program called the ‘Risk Free Sourcing Solution,’ where our customers could get their overseas material, delivered, risk free. That critical interface moment helped double the business between 2008 and 2012.” Instead of just saying ‘this is what we do,’ the program put the information into a process with easy to follow steps, so people could understand where they’re going and the expected end results. That clarity drove a lot of growth for GCP.”

It also brought in bigger customers because they could see the service GCP was willing to do on the customer’s behalf. Gary notes, “Companies can place an order with us and we send them a vital factors checklist to fill out. That communication document goes to the factory, then comes back to be checked again when the material is delivered. We look after everything: quality, shipping, financing, and they pay us only after the material has arrived at the customer’s door and they’ve had a chance to inspect it.”

GCP employs a team of 12 in its Kitchener, Ontario head office, three full-time in China, and nine reps across Canada, U.S. and Mexico. However with their partner manufacturing facilities they have access to more than 200 engineers, and more than 10,000 people working on the products they sell. According to Craig, “Half the company are engineers by trade, the other half are business and operations. We have a tremendous amount of valuable technical knowledge in-house. We also utilize the facilities we deal with and work with their technical staff. When you put all those pieces together, we have a great wealth of technical ability to draw from.”

GCP’s business model is very simple – it doesn’t carry inventory. It sets up strategic partnerships with the manufacturing and customer side to supply 20- or 40-foot containers. The company has 60 active customers, and works closely with each of them so that all may benefit.

Customers are classed as distributors and converters. Distributors take the material and divide it into smaller quantities. Converters take the material and transform it (stamp, cut, splice), into a gasket, sealing strip or cut part. Size-wise, customers vary from multi-national organizations making $100 million-plus, to three guys in a warehouse operating in the five-million-dollar range. The largest product line for GCP is Premlene™ Sheet Rubber, where the business started, and remains the #1 seller contributing roughly 50 percent of the revenue. Their National Silicone line makes up 10 percent; Rubatex Sponge Rubber line 10 percent; 15 percent for Surloc Hose Clamps; and 15 percent for Enlast Belting and Engineered Structures.

“People don’t usually come looking for GCP,” says Gary, “instead they look online for products. Like sheet rubber, hose clamps, silicone sheet; of our 12 employees, we have two dedicated full time to marketing and one part-time. One of our customers, who is five times our size, doesn’t have that kind of devotion to marketing. We’ve put a focus on making to make it easy for people find our products. Whether it’s industry publications, LinkedIn, Facebook, online ads – we put the products out there with the intention of selling them through our customers. All the distributors carrying our brands will be promoted on a local and national basis.”

One of GCP’s brands, Rubatex used to be an $80 million business that ended up going bankrupt. GCP picked up the IP and copyright information and relaunched. The positive response they received told them that brands will work in an industrial sense, such as they do in a consumer sense, which led them to building up their in-house brands. They currently have eight brands, five out on their own. Once they get to a certain point in sales and opportunities, they are spurred off the GCP main website to a standalone site.

“We have launched 5 product specific sites in the last couple of years,” Craig says. “We really wanted to strengthen our customer partnerships, so we began to leverage and promote our brands with the idea that prospective buyers could buy through them. We take on the marketing efforts, filter the requests by geography or opportunity and funnel potential sales to our customers. It’s one way we’ve been trying to get our partners more involved in our product lines. Not only can we provide them with an array of quality and new products, but now future sales as well.”

GCP made the PROFIT 500 list three out of the last four years as one of Canada’s Fastest Growing Companies – it didn’t apply in the fourth year. Revenue grew 10 times between 2004 and 2014, and the company established another 10 times goal at the beginning of 2015 – that means 27 percent growth per year. This year, it will reach 30 percent. Tremendous allies of their growth continue to be their valued partners which, of the many include, Rubberite Cypress Sponge in Santa Ana, California, General Rubber and Plastics in Evansville, Indiana, and Canada Rubber Group in Bowmanville, Ontario.

To address the collective challenges for companies working with China, GCP developed a program called the “Right Shoring Advantage.” Gary elaborates, “Now we can help manufacturers and inventors (the people who do kick-starter and Indiegogo campaigns) bring their product ideas to life. Every person who goes to China finds the same difficulty. Communication is challenging, delays are common and the Chinese environment and business policies are a constantly moving target. GCP’s abundance of experience in China can help to navigate these variables to ensure a smooth transition from idea to commercialization.

“In the future we’re going to focus on turning the knowledge we have into services. We have our product websites out there, and we’re proving that our ability to source materials is world class. Our focus is industrial products, relationships, and sourcing and we want to be the best at those three key categories.”

Check out this handpicked feature on StoreBound – Ideas to products. 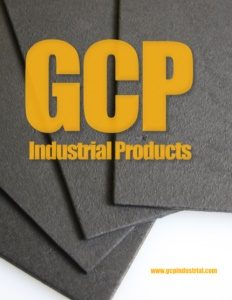