South Fulton, Georgia is “Moving Forward,” as it has successfully transitioned all municipal services required by state statute following its incorporation as a city in May 2017. This milestone means the city is equipped to provide world-class services to its approximately 100,000 current residents, and well-prepared for new residents as a result of recent annexation activities. 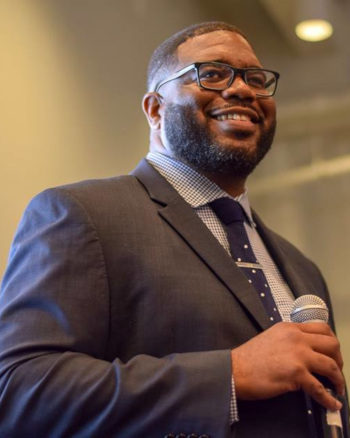 In 2016, the Georgia General Assembly passed House Bill 514 to incorporate the City of South Fulton, which received the signature of Governor Nathan Deal on April 29, 2016. On November 8, 2016, 59 percent of the citizens of South Fulton voted to become a chartered city. Mayor William “Bill” Edwards was elected as the first Mayor of the new city in April 2017, with a 60 percent majority vote, and immediately hit the ground running, conducting his first City Council meeting which resulted in the hiring of an Interim City Manager, City Clerk, and Interim County Attorney.

The chartered city of South Fulton includes the communities of Red Oak, Cooks Crossing, Stonewall, Tell, Fife, part of Campbellton, Ben Hill, Sandtown, Cliftondale, and Peters Woods (some founded as towns before the American Civil War), and all remaining unincorporated land in southwest Fulton County with the exception of the Fulton Industrial Boulevard corridor. South Fulton City Manager Odie Donald’s passion for this community knows no bounds. Business View Magazine recently spoke with him about the goings on in economic development, infrastructure, and all the exciting initiatives being undertaken by this thriving young community. The following is an edited transcript of that conversation.

BVM: How would you describe South Fulton from an economic development standpoint?

“We also hope to establish up to four Tax Allocation Districts that will be on the November ballot for our populous to vote on. This focus on economic development is really the crux of why we became a city in the first place; to make sure our residents have all the resources and tools necessary to live, work, and play in a place where they have a say in how services are delivered. These actions really just scratch the surface of what we’re attempting to do for our residents, and the recent actions taken under the guidance of our Council are paving the way for the foreseeable future.”

BVM: Are you basically a bedroom community in terms of the tax base?

Donald: “Not necessarily. While the bulk of our City is residential, we are neighbors and potentially the future home to one of the largest industrial districts in in the Southeast United States in Fulton Industrial. We also have a very large commercial business corridor on Old National Highway which is complimented by other pockets of commercial development. Outside our boundaries, there are a variety of industrial districts supported by eight neighboring cities.

“South Fulton is one of the fastest-growing cities in Georgia. We are currently the fifth largest city in the state, and third largest in Metro Atlanta/Fulton County. Our population on the 2010 census was around 95,000; current estimates have us at closer to 110,000, but we think it is possible that we’re even a little larger than that. Our residential building permits have increased by 25 percent year over year, which would say we’re definitely growing quite a bit.”

BVM: What projects and initiatives do you have on the go?

Donald: “Customer service and community engagement are at the center of our current efforts. One thing we’re most proud of is our early successes in these areas. We operate the only 24/7, 365 days a year Citizen Response Center in Georgia. It’s a non-emergency call center where anything that is not public safety or emergency related can come through our mobile app, as well as a dedicated telephone number that transitions to 311 in January 2020. What’s really cool about this, is that it is connected to all of our transparency efforts. Everything from open government, to our Mayor’s Walk – where all the city leaders go into the residential and business communities to hear directly from our constituents and solve problems in real time. 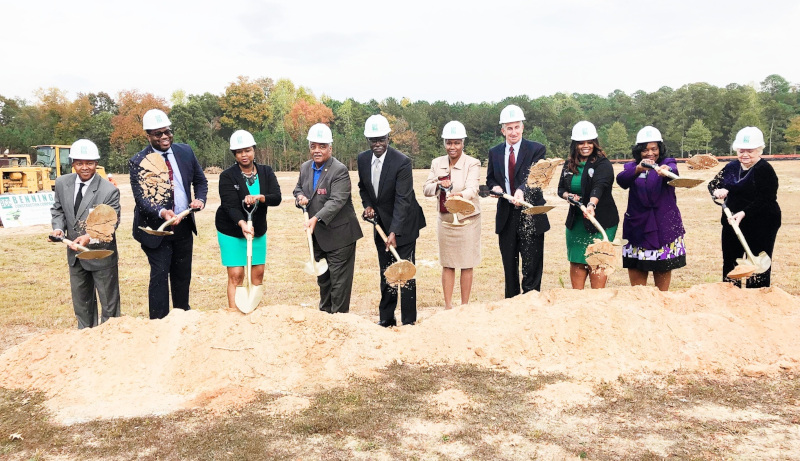 “Issues related to code enforcement, crime, beautification, transportation, you name it, that we hear about on the Walk. We identify them within seven days and within 30 days, we’re resolving those problems at a rate of 97 percent. That is both unique and very rare for local government. Being able to take our government into communities is something we’re really excited about. To kind of double down on the Citizen Response Center and the Mayor’s Walk, we’ve leveraged those tools to decide on what type of investments we make. Early on, we found out that while people felt safe in our community, they didn’t feel they had access to services in central locations. So, we’ve put three mini-precincts, so far, throughout the city, where residents can not only go to file a complaint, they can receive a police report, or learn about services often in non-traditional government buildings.

“Two other things we’re excited about are our efforts in Transportation and Parks & Recreation. We are delivering the Transportation Special Purpose Local Option Sales Tax program – ours focuses heavily on repaving initiatives. South Fulton is about 90 sq. miles, so there is a lot of roadway and infrastructure that we’ve invested in. During our first year of operating the TSPLOST program, we paved over 70 miles of road, which is really impressive as that far exceeds efforts by the County previous to our implementation of the program.

“Our investment in Parks & Rec is also very beneficial to our citizens – we operate over 800 acres of parkland, which includes 40 athletic fields, 44 tennis courts, multiple full-service recreation facilities with basketball, football, and aquatics programs. But what we’re most proud of is our efforts to bring the STEM programs and after-school activities to our park systems; provide people with healthy enrichment, as well as an education component. We also have a shooting range, an arts center, and an amphitheater within our boundaries. So, our parks product is both diverse and unique.”

BVM: How do you attract and retain businesses?

Donald: “We’ve launched what would be considered a virtual Business Resource Center where we provide access to funding for expansion or façade beautification. We’re also launching redevelopment initiatives through the Main Street Program. Businesses that existed prior to incorporation, and are now adjusting to new codes and regulations, can leverage this combination of resources to adapt and comply working hand in hand with the City. In support of our business retention and attraction we have partners like Coca-Cola, Georgia Power, and BB&T that have committed to serve as mentors to small businesses who are looking to grow, expand, or launch in South Fulton.

“To ensure that these new offerings are seamlessly administered, we’ve created a one-stop-shop for businesses to access our business services and connect with one person that’s assigned to them from start to finish. This has gone so well that to date we’ve tripled the number of business licenses issued since 2017. We’ve also lowered the permitting time from 90 days to an average of 24 days.”

BVM: Any green or sustainable initiatives?

Donald: “Currently, we’re doing a Smart Cities evaluation. Our Council passed legislation focused on moving our City forward through smart sustainable solutions. Recently, Council passed legislation eliminating plastic straws, foam cups, and plastic bags. People can use these items, although doing so comes at a cost, where those revenues are used for greening activities on behalf of the city. We’re also exploring the use of solar panels on many of our buildings in the park system, as well as City Hall. We are currently working with the Cherry Street firm located here in the Metro Atlanta area to help us do a solar assessment and a solar panel test.”

Donald: “One thing that has impressed me the most is the partnership between our citizens and elected officials in ensuring that government works for all. The Citizen Response Center was birthed out of citizen engagement where residents desired to have better access to government, lower response times from fire and police, and insights into day-do-day things that they couldn’t find on the website, or in documents unless they attended a council meeting. The reason this effort has been successful, is that it is a solution to a problem presented directly from our citizens – just as important, is that it didn’t require additional funding from our taxpayers.

“Plans are also in progress for a city center and a downtown district. Within South Fulton’s boundaries, there is more concentrated undeveloped land than in any other municipality in the state, so we want to be very thoughtful in where we place our downtown and our city center. We have an Economic Development Master Plan underway, so we expect to get quality feedback around Feb. 2020 on what potential locations are most appropriate for these two investments.

“There are also plenty of opportunities for housing growth based on our concentrated areas of under and undeveloped land. Our challenge, now, is that our population is becoming more diverse and extremely young – with an average age of 34 years of age, coupled with a fairly large senior community. So our housing stock has to diversify – mixed-use housing, potentially adjusting existing height restrictions from four stories, and adding options where people can live, work, play in our city and their specific communities. We’re tackling that challenge head on by re-writing our zoning code. It’s been a very exciting and busy time for the City, but we are at a good point. We want the world to know that South Fulton is open for business.”