“I don’t know whether you know Mariposa. If not, it is of no consequence, for if you know Canada at all, you are probably well acquainted with a dozen towns just like it.” Sunshine Sketches of a Little Town (1912) is a well-known portrait of small-town Ontario, reputedly drawn from the author, Stephen Leacock’s experiences in Orillia. That’s actually how the municipality, which sits on the shores of Lake Simcoe and Lake Couchiching in Simcoe County, came to earn the moniker “Sunshine City” and why several local businesses (plus one widely celebrated folk festival) have embraced the “Mariposa” name. Respectfully, Sunshine paints small towns with a broad brush, and Orillia – a city as old as Canada itself – is memorably different. There is nowhere else “just like it.”

Located just 90 minutes north of the Greater Toronto Area (GTA), Orillia became a commercial centre and summer resort in the mid-19th century. Today, the city’s character is captured in many of those century-old buildings – red brick trimmed with limestone quarried from the old Longford sawmill. Orillia’s heritage theme plays into its overall mood; the lumber, mercantile, and carriage industries have all left their indelible mark. “We have a beautiful atmosphere in the City of Orillia,” says Mayor Steve Clarke. “The building we’re in right now [City Hall] is the old Tudhope factory. They started out making carriages in the 1800s, then switched over to automobiles in 1908.” 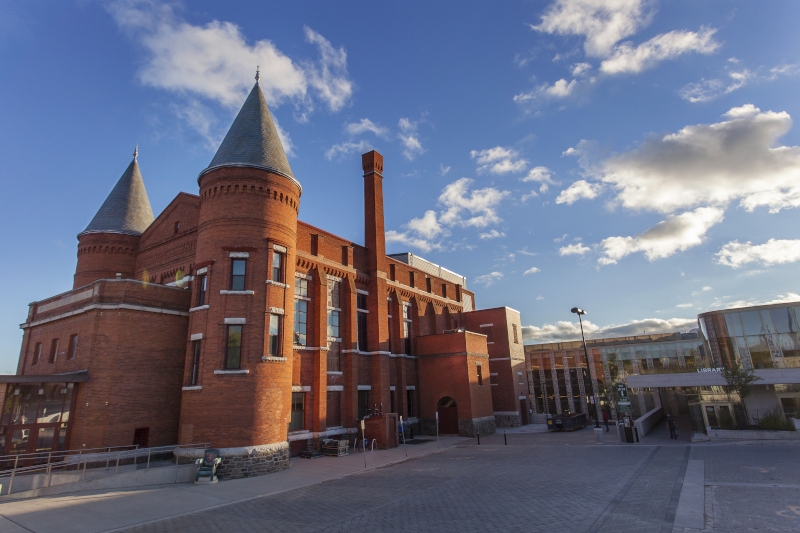 By the 1900s, Orillia was one of the most bustling towns in Ontario, gaining new dimension with cultural and residential buildings (the Geneva Theatre, the Stephen Leacock House), landmarks (the Sir Samuel Steele Clock Tower, the Champlain Monument), and green spaces (Couchiching Beach Park).

“We have a waterfront that truly is the envy of many communities,” says Clarke. “We have a wonderful trail system which meanders over 20 kilometers throughout the city and waterfront. We have a welcoming and vibrant heritage downtown. Our iconic Opera House, which is well over 100 years old. A state-of-the-art library. An award-winning regional hospital. We’ve got two post-secondary education institutions in town: Lakehead University and Georgian College. That’s very appealing to people who want to raise children here. There is a brand new OPP Detachment that serves the needs of the City of Orillia and surrounding townships, as well as the Central Region Headquarters, and the OPP’s General Headquarters. We recently opened the biggest investment the municipality has made in the city – a $56 million recreation centre.”

The long-awaited and impressive 132,000-square-foot facility opened its doors on Oct. 26, 2020, after two years of construction and pandemic-related delays. Although Orillia is what most would consider a small urban centre (the last census puts their population at about 31,000) the Mayor reports that with most of their amenities now in place, the city is starting to feel more mature. Ian Sugden, General Manager of Development Services and Engineering, notes, “We’re striving to be a complete community. To add all the range of services and facilities that people want. Orillia sits at the intersection of Highways 11 and 12, so it’s a crossroads for a lot of the population that’s south of here. We’re trying to make this a place they’d choose to stop and visit, maybe even stay long-term.”

One thing the COVID-19 pandemic has illuminated has been the opportunities in Orillia for those looking to relocate. “The quality of life here, it really is second to none,” says Clarke. “Years ago, young people couldn’t wait to get out of high school and move away for post-secondary, or to find a job. That has all changed in the last ten or 15 years. There’s even data, pre-COVID, suggesting that millennials are making decisions about where to live based more on quality of life than on the actual job. The job is still important, but it’s not the number one criterion.”

From an employment perspective, Orillia has a proud industrial heritage, with many past foundries and factories that produced products that served the diverse needs of national defense, mining and the automotive sector. However, the modern-day city has moved to a more institutional economic base, its most significant employers being Soldiers’ Memorial Hospital and the OPP General Headquarters. Years ago, Orillia also made the investment to attract Lakehead University in hopes of changing the demographics of the city and creating more job opportunities. “Traditionally, we’ve seen a bit of a migration to Orillia from people in their mid-50s and 60s,” says Clarke. “And that’s still happening. But it’s really happening in people in their late 20s and 30s now. We’ve already had several businesses open up whose owners are in their 20s and 30s. It’s added a lot of vibrancy.”

Gayle Jackson, Chief Administrative Officer, admits she’s amazed at the development she’s seen over the last seven years, noting, “We’ve had a very progressive Council wanting to facilitate progress in our community. We’ve made some strong, strategic choices such as moving ahead with and completing our recreation facility on a brownfield site and we’ve finalized a significant deal with Hydro One.” The deal, which involved the sale of the Orillia Power Distribution Corporation to Hydro One Inc., will result in hundreds of well-paying jobs coming to Orillia and $200 to $300 million in near-term economic impact. 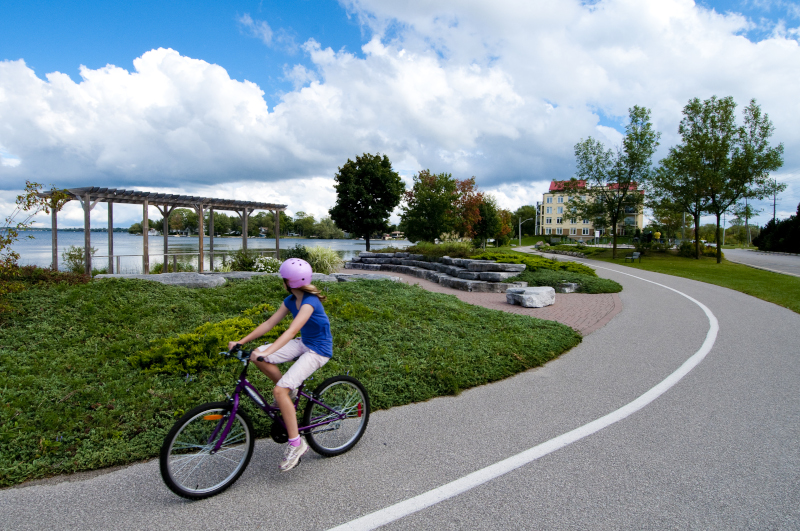 “Hydro One came to Orillia in June of 2015 wanting to purchase our electric distribution system,” says Clarke. “We said, ‘Thank you very much, but no thank you.’ So, they offered to build a regional operation center to control the electricity within this area, as well as a provincial warehouse. To that proposal, they added a grid control center. It was going to be a backup grid control center for the province, now it’s going to be the primary.” That investment alone would represent north of $150 million in construction value for the City of Orillia. “It’s economic development, it’s job creation, it’s economic spinoff within the community,” adds Clarke. “And those jobs are really high-quality jobs.”

As an adjunct to the Hydro One deal, Orillia is in the final throes of having high-speed internet installed through Bell Canada’s fibre network – an investment in the tens of millions of dollars. With so many businesses going remote during the pandemic, the Mayor is confident this will allow many capabilities moving forward as more and more people start to take advantage of the transition to technology industries. Another exciting project is the Horne Business Park expansion, on the western edge of the city. “We are offering 25 full-service acres of employment land for market,” Jackson explains. “We’re also providing an incentive for development on employment lands in the park by waiving industrial development charges until the end of 2021.”

Over the last five years, the City of Orillia has seen a record number of building permits each year, both commercial and residential. According to Sugden, it’s because Orillia has nexus with the surrounding townships. He shares, “We are the urban centre that provides all the services that people in the townships need. That’s why we have the modern library, why we’ve opened a major recreation centre, and why we have housing growth here. And, as the Mayor suggested, COVID-19 is introducing a whole new factor in the real estate market. Driving more people to places such as Orillia because they’ve figured out they can work from anywhere. We’ve become more attractive because of that.”

Sugden’s department oversees the replacement and construction of the city’s linear assets: roads, pipes, sewers, storm water management facilities, etc. He’s noticed that Council, over the past several years, has made some substantial investments into those reserves, putting up funding for significant road rehabilitation projects and readying Orillia to support urban residential infill and intensification. One of those renewal projects involves the reconstruction of Front Street. “By its name, it was the original front side of Orillia,” says Sugden. “It was the first road by the water where the railways came in. It’s at the heart of our downtown, but it’s one of our oldest streets with the oldest infrastructure.”

The City recently completed the second and final phase of that reconstruction, which is about $9.5 million in scope. “That’s a full road reconstruction,” Sugden adds. “Improved water/sewer infrastructure, and some relocation of a major trunk sewer, which is intended, by design, to free up future development opportunities in the surrounding neighborhood. Plans have also been approved to alter the streetscape in that area by sacrificing a vehicular lane to improve the pedestrian environment. What we’ve learned through COVID is that it’s more important than ever that people have space to move around each other safely. The wider sidewalks and smarter streetscape are helping to future-proof us for that type of thing.”

These infrastructure improvements help set the stage for future opportunities, such as the redevelopment of the municipally-owned lands at 70 Front St. N. which are being sold through a Request for Proposal process to help transform the area and better connect the downtown with the waterfront. The City has also launched an Economic Recovery Task Force to help Orillia recover economically, and socially, from the impact of COVID-19. “Council earmarked $100,000 for lead social agencies in town should they need to help, and another million dollars for economic recovery initiatives, which will probably occur over this year and next,” says Clarke.

At one point, Orillia may have been a well-kept secret but not anymore. As Mayor Clarke attests, “I really believe we’re second to none. Our people are probably our greatest asset. In 2019, we won an award called the Cooperate Communities Award. It was issued to the Ontario municipality that was the most caring, giving, and philanthropic in the province, but it also had to have a vibrant arts and culture community, which we certainly do. One more thing I’m really happy to see as Mayor are the different cultures being drawn to Orillia. The people, the food, the diversity. It’s just wonderful.”

We are Landscape Architects, Urban Designers and Master Planners with a passion for design. We create meaningful spatial experiences that connect people to the places they live, work and play. We believe we have a responsibility to design with innovation, creativity, and technical excellence. We are millennials, baby-boomers, writers, musicians, animal lovers, athletes, travelers, environmentalists, parents, artists…we are STUDIO tla.

STUDIO tla is an outgrowth of Terraplan Landscape Architects 40-year history and is very much grounded in Terraplan’s earned reputation for technical excellence and client service while providing a comprehensive approach to the design and delivery of complex urban environments.

We believe that urban design and landscape architecture are systems-based disciplines that are integrated components of the larger designed environment. Working closely with allied disciplines, we are guided by a deep understanding of social, cultural, economic, political, and environmental factors relevant to each site. Our work focuses on multi-scale landscape infrastructures and the urban interface between architecture and open space. We design meaningful environments for mixed-use and residential projects, parks, streetscapes, and civic spaces. We create landscapes that are unique in their vision and representative of their context, technically excellent, and detailed with innovative methods and materiality.

Kropf Industrial is Ontario’s leading supplier of floating docks and piers, breakwaters, and hydraulic boat handling equipment. In business since 1977, Kropf has developed a reputation for innovation, integrity, and quality that has lead to Kropf being a preferred supplier for numerous public and private organizations around the Great Lakes and beyond.

Atlas has become synonymous with quality. With over 65 years of experience and comprehensive knowledge we have been able to deliver projects on schedule, within budget, and with a level of quality and service that is unsurpassed in the industry. Our services include General Contracting, Construction Management, Design Builds, Project Management, and LEED Buildings. Visit www.atlascorp.com to learn more.