Those of a certain age might remember a time when salesmen would knock on their doors with the intent of selling them the latest vacuum cleaner, the newest cosmetics or houseware products, or even the most up-to-date set of encyclopedias. And while very few door-to-door salespeople continue to pound the pavement today in America, direct selling – the marketing and selling of products directly to consumers away from a fixed, retail location – is still very much alive, both in the United States and around the world. 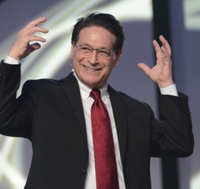 Today, millions of individuals work as direct selling consultants, adding tens of billions of dollars a year to the U.S. economy. These self-employed, mini-entrepreneurs generally purchase a company’s products or services at a discount, and then market these offerings to friends, family, and others, while earning commissions from their sales. The most successful consultants often decide to expand their business by building their own network of down-market, direct sellers. The companies they represent market all types of goods and services, including tangible products such as jewelry, cookware, nutritionals, cosmetics, and housewares, as well as non-tangible products and services such as energy, real estate, insurance, telephone service, legal services, and much more.

“From the beginning, it was intended to represent companies that marketed their products through personal explanation and demonstration in the home,” explains Joseph Mariano, DSA’s current President. “It was a relatively small association based in Winona, Minnesota in the early days. It stayed in that location until 1968, when the decision was made to move to Washington, D.C. With the growth of the direct selling industry, and the need for responsiveness to government regulation and government activities, it was felt that the Association and its companies should be headquartered in Washington. It changed its name to the Direct Selling Association and became the modern entity which we see today, which is an advocacy organization, representing the interests of those same types of companies. The industry, of course, has changed over those many generations, and yet, at its core, it remains very similar to what it was back in 1910, when the Association was formed.”

The core members of the DSA are direct selling companies that are based here in the United States or have activities in the United States, in which they market their products. There are 165 full, active members, as well as another 15 to 25 “pending” companies who are currently applying for membership. “We are selective in terms of the companies that we solicit and bring into the membership,” says Mariano. “In order to go forward in the process, a company has to ascribe to the DSA Code of Ethics, which has some very specific, precise, and rigorous requirements. Once they are in apparent compliance with those requirements, it can take at least another year for the company to be reviewed and presented to the Board of Directors for acceptance and membership. In addition to those categories, we have international members and subscriber members who may not have begun full operations in the United States yet, but are looking at the U.S. market,” Mariano adds.

“We have other categories of membership, too, including suppliers and vendors, as most other associations do,” he continues. “Affiliated with all of those companies, there are probably about five or six thousand employees; and in addition to them, we have over 20 million people who are individual direct sellers. And while they’re not dues paying members of the Association, under our bylaws, they are considered members. Our primary and exclusive relationship with them is through the member companies. In addition to the domestic activities of the Association, we have about 62 other associations, world-wide, in other countries that are brought together under our world federation umbrella organization. So, we are an industry of global scope, even though our focus in the U.S. DSA is here in the United States. ”

According to Mariano, the DSA has three core missions: “Policing, Promoting, and Protecting.” Regarding its policing function, he says, “One of the things we engage in is significant self-regulatory activity. At least one person on staff is assigned to compliance, ethics, and self-regulatory efforts. In addition, we have two to four attorneys who are also involved in the ethics/self-regulatory agenda.”

Adolfo Franco, DSA’s Executive Vice President & Chief Operating Officer, explains the importance of the Association’s policing function: “We are guests in people’s homes or in their offices and we are working with people in a very different way than the retailer or where a customer goes to a website,” he states. “So, we have an extra obligation, a code of ethics, and a set of standards that go well beyond what’s required by law, and well beyond what most industries require in terms of their standards for return of goods and refunds of money. When you add all the parts together, what we do is provide consumer protection.” 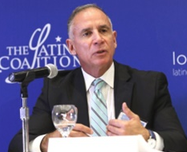 “One of the things that we do to support the channel is engage in communications activities, disseminating public information. But more importantly, perhaps, within the industry, we provide educational opportunities for executives and companies to share best practices to enhance their businesses and grow the percentage of total retail sales both as an industry and as individual member companies. Like every association, we have web-based communications vehicles to our existing members and our regular communications are newsletters, etc. Those are generic communications about industry happenings and the like. With regard to specific activities, we will have specific communications. We find at least one person within each company to be our primary contact and that’s our funnel for all of our information. Beyond that, we have 5,000 or so people in our data base and we can communicate with all of them on an as-needed basis. We have a committee structure through which we interact with all of our members so they can network with each other. We do not have a hard copy, print communication in the form of a magazine, however we cooperate with at least one industry publication and sometimes, more, put out by vendors and suppliers, in which we will deliver our Association and industry messages.”

Finally, speaking about DSA’s protecting function, Mariano says, “Like most associations and trade organizations, we have an advocacy function, which is representing the interests of the business model across a wide range of governmental and policy making bodies, including state legislatures, town and city councils, and, of course, the United States Congress; and also in conjunction with our colleagues and other associations and, at the world federation, increasingly at the international level in front of global bodies.”

While direct selling accounts for less than one percent of total retail sales in the United States, Mariano stresses that its growth rate has traditionally outpaced that of other retail sectors. In fact, from the mid 1980s until the Great Recession of 2009, the industry had unbroken growth of about four or five percent each year, on average, even though demographic changes and the growing trend toward internet shopping might logically have predicted the sector’s demise. “Yet the direct selling channel, which relies on face-to-face interaction, social interaction, knowledge about the product – all of these things actually enhanced the ability of the channel to maintain its viability, because we were able to provide services and information about products that were not otherwise available in the growth of either direct marketing, or big-box retailing, and even, to some extent, internet retailing,” Mariano asserts.

“At the same time,” he continues, “direct selling proved itself to be flexible enough to incorporate elements of all of those other channels into its core methods by the millions and millions of contractors who sold these products on a personal, face-to-face level. And so, once we hit the Great Recession, we actually had only slight turndowns in the total, estimated retail sales compared to other segments, and thus, we were able to recover as a marketing method more quickly and, indeed, the number of sales people continued to grow through that period of time. And since that time, as the economy improved, we returned to that four to five percent growth rate. So, there’s been a significant increase and a significant growth in the channel, typified by home parties, as well as network marketers who have large sales organizations where they bring in people to sell products, personally, despite the reduction of people out in the field because of the lessening of the door-to-door component.” In fact, today, approximately 90 percent of DSA’s members are multi-level marketing companies, whereas in 1970, only five percent of its members were in that category.

While Mariano admits that the direct selling channel has its challenges, including the presence of a small number of companies and individuals who claim to be legitimate direct sellers, but do not ascribe to the DSA’s high ethical standards, as well as the ability of internet retailers to now deliver their own products in a more timely manner than ever before, he still believes that the business model has an appeal that is strong and compelling. “The opportunity for individuals to be micro-entrepreneurs and to have the flexibility to sell, and combine those sales activities with social activities – these are all things that appeal to a younger generation that sees, and wants to see, less and less distinction between their personal lives, their professional activities, and even their community activities,” he states. “They are viewing, by all accounts, opportunities that will allow them to combine all of them with a degree of flexibility. And direct selling allows you to do that.”

So, while the days of the Fuller Brush Man may be long gone, direct selling continues to be a viable segment of the country’s retail sector. And, as such, the Direct Selling Association will continue to be its leading voice and protector.

WHO: The Direct Selling Association
WHAT: An association representing direct selling companies and practitioners
WHERE: Washington, D.C.
WEBSITE: www.dsa.org