He founded BlueGrace Logistics – melding the middle names of his two daughters – in 2007 and officially launched it two years later, with designs on attracting small- to medium-sized businesses which were in need of shipping services that they couldn’t otherwise acquire.

Those clients, Harris said, wanted to have the shipping capabilities of larger competitors, while maintaining the ability to reduce costs and streamline operations. And there were enough of them out there to keep a complementary company like his plenty busy.
“If they’re not looking for us already, they will be,” he said.

“It’s a big market, and since then we’ve filled out with the small-, medium- and large-sized, so we’re doing everything from the largest of accounts to the smallest businesses.”

The evolution to more significant-sized customers was far more evolution than master plan, resulting mainly from a dedication to develop technology to help the initial client base.

As that infrastructure was created and flourished, more large-scale caught on and signed up. 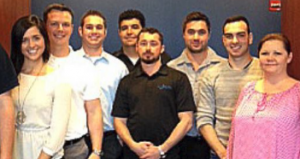 Much of the early business was direct from BlueGrace’s Florida headquarters, but Harris thought the company’s full potential could be more easily reached with the addition of multiple offices across the country alongside corporate strongholds in Baltimore, Chicago and Salt Lake City.

Franchising became the means toward that end as of 2011, and 53 locations have since been opened, though roughly 60 percent of overall business is still generated from the corporate side. The franchise share of the revenue is gaining ground, however, and should reach 50/50 in 2015, which is also when BlueGrace’s initial venture from the United States into Canada is planned.

“They’ve been very successful, and as quickly as our franchise grows, our direct business grows,” Harris said. “But it’s growing more in the franchise channel.”

The typical franchise set-up consists of anywhere from four to 12 employees in a customer service/sales function, housed in an office ranging from 500 to 10,000 square feet depending on the cities it serves. Because liaising with clients is typically not done on a daily, in-person basis, there’s a bit of leeway given to the franchisee in terms of what the specific office set-up might include.

What is consistent across locations, however, is the presence of branding and logos.

Franchisees don’t need to be career veterans of the logistics industry, but Harris does prefer to work with people who’ve at least had experience operating a business, and who arrive with sales skills.

The combination of leadership acumen and corporate nimbleness yields benefits, he said.

“If they’re run a business or been a general manager of a franchise location, those are the people we find that have the highest degree of success,” Harris said. “We believe that the model that we have is that we’re very agile. We have the resources to do whatever we need to do, and some other people can do the same things, but it just takes them a much longer time to deploy it, to alter it, to change it.
“We’re also very simple. The offering that we have is very bite-sized, very light and very easy for them to understand. We’ve put a ton of money into the technology to make it where it’s very easy for them to do their business. And we put a lot of brilliant people behind that. The amount of experience that we went out and invested in, those are the differentiators we have.

“My goal was the see that our clients would get results, but their workload was lighter.”

Company revenue has spiked from $38.6 million in 2010 to $104.8 million in 2013, a 171-percent growth spurt that’s yielded multiple inclusions on Inc. magazine’s list of the country’s 5,000 fastest-growing businesses. BlueGrace was as high as No. 20 on the overall list in 2012, and remained at No. 52 among companies in the logistics/transportation sector for 2014.

“We have a department that looks for the right people, and we have others that will contact us out of the blue because they know of us or they heard of us in the market or they know another franchise owner,” he said. “It’s kind of a mix.”

The investment range for franchisees 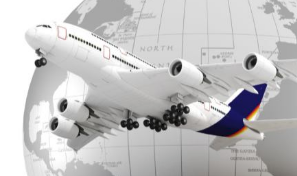 From there, additional mentoring is available in marketing, accounting and customer service.

“Shipping is such a broad market, it’s every city, whether it’s urban or non-urban. Miami is a wonderful place to be. But so is Des Moines, Iowa, so is Grand Rapids, Mich. and Cleveland and the industrial areas, and so is Grigsby, Idaho, and little places people don’t really know. Pretty much anywhere in the United States right now is a good market, as long as you’re within driving distance to a good density of shippers or places where people have businesses.”

BlueGrace’s infrastructure will soon be buffeted by the hiring of another 40 people, and Harris said he expects to open 20 more franchise locations within the next six months.

The aforementioned venture into Canada will also occur within that timeframe as the enterprise grows toward a goal of 170 locations by the arrival of 2017.

“We feel pretty good with just North America for right now,” Harris said. “We ship to and from the rest of the world, but we want to originate or terminate in North America. We don’t want to get too spread out. Our thing is to continually develop the technology and continually grow our people and our business within the North American market. There’s just so much opportunity available.”

Check out this handpicked feature on Camp Bow Wow – Pups at play.

Snap Fitness – A passion for changing... 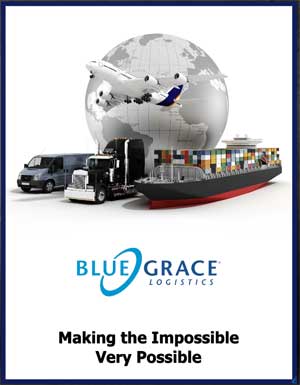