The mark of integrity

McGuyer Homebuilders gains ground with ‘Built Around You’ approach.

McGuyer Homebuilders Inc. (MHI) opened its doors in 1988 with an aim toward building homes that addressed the needs of both existing and future buyers. The mindset took hold and the company took off, eventually evolving into the 24th-largest builder in the nation, according to Builder Magazine.

Founder Frank McGuyer had been with another large Texas-based builder in the ’80s, but decided upon encountering an economic downturn that it was a good time to branch out and start fresh.
“Given his relationships with the developers at the time and his knowledge of how to build homes, he jumped into it and the timing was great,” said Gary Tesch, now in his 15th year as the company’s president. “Now, we’re one of a dying breed. We’re a large, regional, privately held homebuilder.”

The company is based in Houston, but also operates out of offices in Dallas/Fort Worth, Austin and San Antonio. Using research on trends in home design and buyer demographics, a variety of offerings have been created that span the buying scale from first-timers to multi-million dollar veterans. 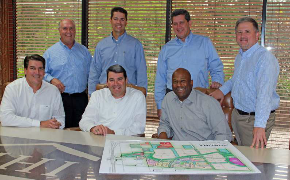 Those designs are marketed under the Coventry Homes, Plantation Homes and Wilshire Homes brands, and have earned multiple industry awards from peers on the local, state and national levels.

The multiple plans also yield a broad spectrum of customers in the most active buying segments.

“I don’t think the plan was ever get to a very large size,” Tesch said.

“It would be more of a niche, opportunistic builder where we followed around the top developers in each of the markets and just built a real quality product that allowed customization. Which differentiates us from a lot of our competition.”

The company now employs about 350 people, a number that’s been stable for the past few years but is down from the peak of 2006, when it built more than 3,300 homes in Texas and employed 660 people. These days, the production number is closer to 1,500 homes, though the Builder Magazine rank at that clip is three places higher – at No. 24 – than it was in 2006, when it was 27th.

Fifty-five percent of homebuilders nationwide went out of business in the “Great Recession,” but Tesch said MHI remained at least partially insulated thanks to the strength of the Texas market.
“A lot of people called it a recession, I’d label it more like a depression,” he said. “It’s all relative, too. We were the last state to go in and we were the first state to come out.”

Forty-eight percent of the company’s business for 2015 is forecast to come from Houston, while the remaining 52 percent is split between the other three markets. Tesch said Dallas and Austin will do between 350 and 400 homes apiece, while San Antonio is good for another 200.

MHI bought Wilshire Homes – a private builder in Austin and San Antonio – during the throes of the downturn in 2010, which he now looks back on as a risk that’s paid significant dividends.

“It effectively helped us double in size, overnight, in those two markets,” Tesch said.

“A lot of people were trying to figure out what we were doing and they thought it was a bold move, but it turned out to work pretty well.”

Because MHI is in roughly 80 housing 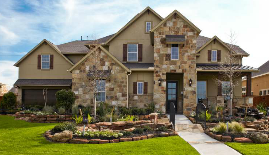 developments at different price points across myriad markets, it’s encountering, as Tesch said, “all kinds of buyers,” from young families heading out to the suburbs to empty-nesters seeking to get closer to population centers.

The corporate tagline of “Built Around You” is a strong selling point to each of the various segments, though, because it offers the opportunity to customize.

Some ebb and flow in production rates in the various markets occurs because the company follows top developer partners as they start up master plans in the specific markets. If a developer has two new deals in Austin, for example, there would then ideally be a subsequent building spike.

But when lulls are evident in some places, there’s typically a wave ongoing elsewhere, he said.
“It’s our biggest opportunity, but yet sometimes our biggest challenge – the customization,” Tesch said. “We sometimes joke, ‘Are we a production custom builder or are we a custom production builder?’ With a lot of our competition, there’s one plan and it’s take it or leave it.”

Technology has been a significant driver for change when it comes to the company’s infrastructure, most notably thanks to a proprietary sales management system (MHI Online) that allows managers to see what’s happening in the field in real time – which, he said, could essentially allow MHI, after a good sales day on a Saturday, to adjust its prices upward slightly by Sunday.

Previously, pricing decisions were made after far-flung paperwork made its way into a central office.

“It would take several days for that information to come up,” Tesch said.

“It allows our sales contracts to be written and amendments to be done, as opposed to the old days when forms had to be signed in duplicate. It allows things to happen faster.”

Going forward, no dramatic changes in approach are planned relating to the company’s size or the types of developments it’s involved in. Instead, he said, a significant emphasis will be placed on simply maintaining relationships with quality people in quality locations.

And on maintaining the in-house culture that’s been created over the years, too.

“It’s a work hard/play hard environment,” Tesch said. “Most of our employees have been here over 15 years. In our executive management group, I’m one of the new kids and I’ve been here 15 years. I think it’s because, with our size and how we’re set up, you have the ability to make a lot of decisions and there’s not a lot of micromanaging. It goes both ways and you’re accountable for your decisions, but it’s actually pretty rewarding that you have a long leash to run.”

Check out this handpicked feature on RJ Wachsman Homes – The pride of Texoma.

WHAT: Homebuilder which markets its designs under three brands — Coventry Homes, Plantation Homes and Wilshire Homes

WHERE: Corporate headquarters in Houston, Texas 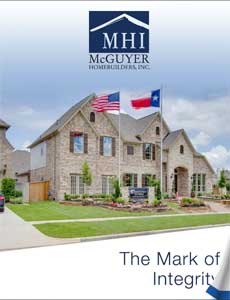