The Michigan-based Allegra Network serves a multi-billion dollar market for marketing, print and graphic communications via more than 600 locations in North America, and its overall franchising operation is considered a leader in training, technology implementation and system profitability.
The company’s six brands include Allegra, American Speedy Printing, Insty-Prints and Signs Now in the United States, alongside Speedy Printing and Zippy Printing in Canada, and it was included – at No. 213 – among Franchise Times magazine’s 2014 list of the top 250 global franchises.

The company’s historic pedigree actually traces back to 1976, when American Speedy Printing Centers was founded and became a franchised operation a year later. 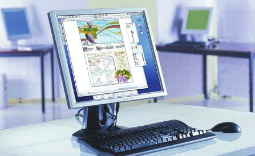 The organization acquired other printing-based franchisors over the subsequent several years – including Zippy Printing in 1995 – before changing its name to Allegra Network in 2000.

That switch, according to Dirk Nelson, Allegra’s vice president of operations and development since 2005, after his own stint as a franchisee, was to convey the full breadth of product and service offerings.

“We had some of our franchisees tell us they were going out and knocking on doors and talking to companies,” Nelson said, “and when they presented the name American Speedy Printing to them, we were viewed as ‘Oh, you’re just a quick printer, you only do black and white or maybe you do a little bit of color, you’re not going to be able to handle my stuff.”
A subsequent series of customer-centric focus groups confirmed that the message conveyed by Allegra was superior to the old name. But, rather than making a roster-wide change overnight, the organization established criteria that franchisees were required to meet – addition of an outside sales person, capacity to handle a broader workload, etc. – before “qualifying” for the rebranding.

The network expanded again with the additions of Minnesota-based Insty Prints in 2002 and Signs Now in 2005, and the existing lineup was completed in 2012 with Signs By Tomorrow – bringing the overall footprint to 275 print division franchisees alongside 330 sign and graphics centers.

“We’ve kind of led the way with that and it’s important to have these diversifications.”

Nelson said the average center does from $900,000 to $1 million in annual sales and carries a workforce between six and 10 employees, depending on the breadth of services offered.

Uniform location capabilities include pre-press, design, off-the-press and digital printing, while four corporate locations handle major projects that are then either sent back to the originating center or directly to the customer. Other franchisees in the network will be established as “hub” locations as well, Nelson said, and a new front-end system is being rolled roster-wide in 2015.

A corporate acquisition program – in which Allegra identifies independent operations for sale and facilitates the necessary financial elements – has resulted in more than 300 transactions since it began, Nelson said, and an average of 24 acquisitions per year will add $10 million or $11 million in revenue.
“There’s a lot of people that are looking to get out of this business,” he said. 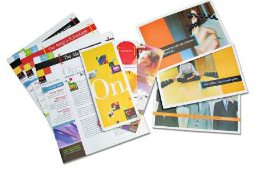 and a lot of the independent owners that we speak to are unwilling to make the investment in new equipment and new technology. That’s another way that we continue to grow our organization, through those acquisitions, and it’s worked very, very well.”

Financial requirements for franchisees include a minimum net worth of $400,000 and $200,000 in available liquid cash. The total investment runs from $167,352 and $589,654 and includes a franchise fee from $17,500 to $45,000 on a 20-year renewable agreement. Five percent of franchisees own multiple units, all franchisees are owner/operators and veterans receive a 25-percent fee discount.

Nelson said participation in twice-yearly peer gatherings called “Performance Groups” have tended to separate the most productive franchisees once their businesses are up and running.

More than half of the owners in the existing franchise network are group members.

“The franchisees that are involved with us and the network, those people seem to be the most successful,” he said. “They participate in the programs, they listen to us and their peers, they’re entrepreneurs, they understand the importance of diversification and offering more to the customers, and they’re just customer-driven.”

Roughly 70 percent of existing centers are located in industrial park and office park locations rather than retail sections; and Nelson said there’s far less motivation to add brand-new markets to the network compared to a mandate to identify established independent operators interested in selling and matching up franchisees looking to sell with candidates who meet the aforementioned criteria.

Other corporate agenda items going forward, he said, include continuation of an aggressive outside sales training program with franchise owners and further exploration of business diversification opportunities – the latter of which could mean a stronger network focus on marketing services.

“We want to grow our centers and there’s a whole lot of opportunity out there,” Nelson said, “and we’re going to spend money on training and bringing these opportunities to our owners.” 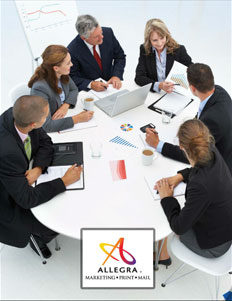