Focused on the agent

Keller Williams Realty of Beverly, Massachusetts is a full service real estate firm that was started in 2002 by Jason Parisella and Steve Archer. “Steve was from Coldwell Banker, and I was working with a regional company at the time, called Carlson Real Estate,” says Parisella, the firm’s Principal Operating Broker. “I was approached by the KW New England regional owner, and at the time there were only five Keller Williams offices in New England. The more I learned about the company, it seemed like something that would fill a need in this area. There hadn’t been anything beyond the traditional model here for a long time.”

“So I called Steve and asked him what he thought about opening a Keller Williams office. I had known him in the industry and we also grew up in the same neighborhood,” Parisella continues. “We went to Austin, Texas for franchise orientation to learn more.” At first, Parisella admits that he was skeptical. “As an agent, everything I heard was too good to be true; I thought I had to be missing something; there’s no way this is real.” In the end, though, he was convinced that the Keller Williams model was solid. 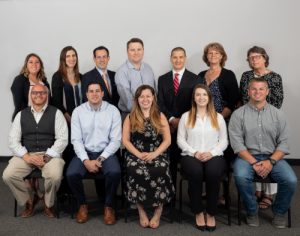 “To me, the number one thing was the commission split, and having a cap, which means you get the true, 100 percent commission after a certain amount of volume,” he explains. “So, going in, I knew how much I would pay the company, and when I added up the numbers of what I was paying Carlson, it was significantly more and I couldn’t justify. So, it made a tremendous amount of sense to me. That was the first piece that really attracted me to the company.”

Charlene Smith, the firm’s CEO, adds her perspective of why becoming a Keller Williams franchise was a good decision. “The compensation is extremely attractive,” she states, “but at the core, it’s the belief system and the culture. The company is so focused on the agent, and all of us had been working in a very traditional format, where the focus wasn’t on the agent, it was on corporate. At the end of the day, we were being told by Keller Williams that we were their most important asset. And to hear that, and to look at how the company is going to operate, it made complete sense that we were finally being acknowledged as individual business owners, or as team business owners, versus a real estate agent that worked for a corporate brand.”

When Parisella and Archer first opened their Keller Williams Realty Beverly office, they had less than ten agents. “Back in 2004, we opened a second location in Salem, and I went on to open three other locations – all Keller Williams offices – in Newburyport, Reading, and Topsfield,” Parisella relates. “So, collectively, we have about 465 agents and we surpassed $1 billion in sales volume in 2017. The goal that I have for the five offices is to have 500 agents, so I’m less focused on expanding locations, although that’s something we have been looking at, but I believe we can get to 500 agents, and then, specific to Beverly and Salem, to get to the 300 agent mark; we’re at 231, right now and we’re hoping by the end of the year to hit the 250 mark and then to 300. And getting up towards that $2 billion mark would be great.”

When it comes to deciding what type of agent would make a good fit for the firm, Parisella says several different metrics come into play. “We have something called the KPA (Keller Personality Assessment). “It’s an assessment that Keller Williams developed,” he says. “We use that as a benchmark. It’s not the only thing we look at, but it gives us an idea of how the person is ‘built.’ But, it’s really about a commitment to our productivity coaching program and being able to come to our training, plugging into certain expectations, and being able to meet them. We’ve got a system in place and those people just need to say ‘Yes’ to our program. The great thing about Keller Williams is we can take a brand new licensee, all the way to the person who’s the top agent in the area, and everything in between. In the industry in general, there’s a huge attrition rate, so there are a lot of people who think they can make it and they don’t. We tend to take the side that we’re going to give them a shot, instead of us judging whether somebody can do this, or not. We’ve got our program in place; it’s up to them if they want to plug into it or not.”

“We are a learning-based company,” Smith adds. “This office has always been committed to offering the best-in-class training and using a variety of resources so that we are not just training the newer agents that are starting out in the business, but all of the agents who have been in business for 20 or 30 years, who still need to be able to understand the marketplace, and how it’s changing, and how they can do their business in a different way that is going to lead them to more success.” 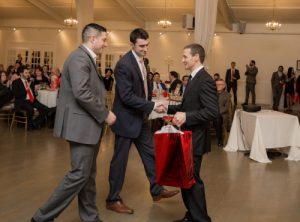 In a competitive marketplace, Smith believes that the firm possesses several advantages. “Our brand is very well established; we have that brand recognition throughout the north shore community where we control the market share,” she declares. “Also, it’s the professionalism that we portray. We look at this as a professional business as opposed to a part-time situation. So, our level of credibility is very high amongst buyers and sellers. You couple that with the relationships that our agents are continuing to build in the community. Our agents are very committed to the specific areas in which they live – that can mean board or committee membership, fundraising, charitable contributions, things like that.”

As part of that commitment, the firm also takes part in Keller Williams’ national organization, KW Cares. “Part of that national initiative is RED Day,” says Parisella, “where we go out into the community, once a year, to do charitable work for whatever the project is for that year. We commit the day to giving back to our local communities.” This past May, on RED Day, agents from the Beverly and Salem offices raked, mowed lawns, and cleaned debris from 10 seniors’ homes in Beverly. They also cleaned Camp Naumkeag for the Salem YMCA, and helped the Inn Between in Peabody organize their annual yard sale which benefits homeless families.

Another Keller Williams national initiative that has affected all of its local franchises stems from CEO John Davis’ desire for all of its agents to deliver their services via the latest technologies. “That’s something we’re definitely focused on in the office,” says Smith, “ensuring that the agents are able to keep up with technology. That’s not always the first thing they’re thinking about, but since we have a commitment to the Keller Williams initiative, we want to make sure that our agents are fully integrated with all the technology platforms as they become available. It helps them do business faster and easier.”

Parisella and Smith agree that the Keller Williams focus on its agents is key to the company’s success, both now and in the future. “We’re invested in the agents’ success above and beyond anything else,” says Smith. “We really succeed through our agents,” Parisella exclaims. “We do everything we can to support our agents and put them in the forefront. It’s a profit sharing, open-book company. It’s not the broker versus the agent; we’re partners in the business. A lot of agents actually put on their business card: Agent/Partner. So, it’s not Keller Williams first – it’s agents first. We’re the engine behind the agents and give them everything they need.”

Check out this handpicked feature on Keller Williams Realty Metropolitan – A philosophy for growth. 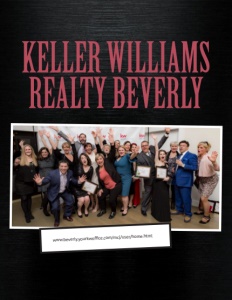