A philosophy for growth

We started the Keller Williams Market Center in Bedford in 2005, which was obviously during a peak in the market,” begins Alan Rice, co-owner of New Hampshire’s leading realty company in agent count, gross commissionable income, volume, and units. Rice recounts that he and his partner, Bill Weidacher, “felt the timing was great and going to work to our advantage.” They discovered, however, that the robust market was very competitive and that attracting agents was more difficult than originally speculated. So, they focused on it. That focus on attracting and maintaining quality agents turned out to serve them well and helped provide the parachute that aided in their safe landing after the market imploded in 2008. 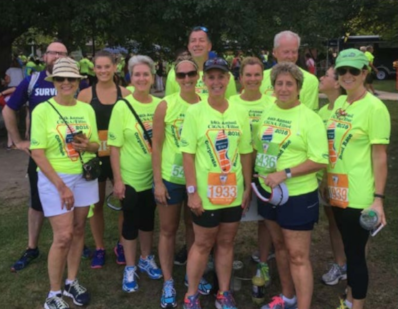 “We went to the Keller Williams franchise because we were in sync with two core beliefs,” Rice maintains. “Keller Williams is an agent-centric business. We knew that if we created an environment of resources that would lend to their success, then that would translate to a great consumer experience. Second, we really looked at ourselves as being a training and education company that happened to focus on real estate.” With these core principles as guides, the New Hampshire firm invested in technology that aided agent training and, as a result, enhanced the customer experience.

Rice describes their commitment to training tools for agents: “We brought education to a new level in the area,” he states. “We really emphasized training for both new and experienced agents, with the focus on experienced agents – people who were doing 20 to 25 transactions repeatedly, and in the vicinity of three to five million dollars in volume.”

With tools in place and efforts to attract ongoing, the agency grew to include 65 agents by 2008. Rice explains what happened next: “In 2008, when things started to readjust, our competitor went out of business.  GMAC Real Estate had 10 locations in New Hampshire and Massachusetts, and in December of 2008, they told the agents they were free to go. So we were able to attract them, and doubled our size in one fell swoop.”

The sudden influx of new realtors caused some growing pains, of course. Rice explains, “Now there was a lot of work to do with this, so it wasn’t really a silver bullet. It really drove our focus toward systems and models that would apply to a much larger agent population than that which existed in the area. The biggest company prior to our expansion was around 55 or 60 people, and that was considered to be humongous.” Keller Williams of Bedford suddenly employed 132 agents and, “it had an impact.” Rice describes the change as “a disruption to the market – a respectful disruption, but nonetheless, a disruption.”

The overnight growth spurt resulted in an adjustment period lasting from 2009 to 2012. It was during that time Rice realized they were truly demonstrating a value proposition and attracting talented people. Training opportunities resulted in better trained professionals, more sales, and more territory. “Our geographic footprint begins at the economic center of New Hampshire, the Manchester and the Bedford Area,” Rice explains. “So, it’s right in Central New Hampshire, south; we go up as north as Concord into the Lakes Region with some agents in that area, but it’s really concentrated in central and south central areas. We consider about 15 towns around the economic center to be in our grid. Many of those towns are commutable towns for people going into Boston or the Rte. 128 Belt.” 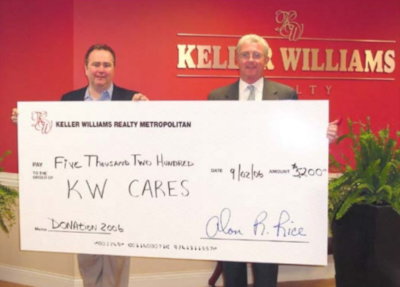 The firm’s geographic span allows it to maintain a commercial division as well as a residential one. Rice insists that those who serve as commercial brokers must be dedicated to the sector. “We have about 13 brokers who focus on commercial and part of our view of things is that there is no dabbling. In our previous company, people could work primarily as residential realtors and dabble in commercial, choosing to broker a big deal if it came along. Our philosophy, now, is to concentrate on the ‘expertise experience,’ meaning we require that people who are part of the commercial division take classes centered on the commercial market.”

That “expertise experience” is something Rice and his company firmly believes in and makes possible through training and other technologies. “When we started out in 2005, we were a training education-based company that focused on real estate,” he insists. “We are still very much focused on training but now our philosophy has shifted a bit, so we consider ourselves to be a technology company that focuses on training and real estate. We know, now, the importance of data that can create a consumer experience that is based in relationships and information.”

“We are making a strategic effort in helping agents build teams, with the outcome being a much more gratifying and satisfying consumer experience,” he continues. “We want to help agents build a team of resources that enable the consumer to have a wonderful experience that is not based on one person’s schedule, time frame, etcetera.”

From search tools to mortgage calculators, calendars, video content, multiple communications channels, and mobile applications, Keller Williams Realty Metropolitan offers both realtors and clients a wealth of tools and information to streamline the purchase process – and it doesn’t stop with technology. The firm also partners with a mortgage company, a title company, and other local and regional firms to give buyers options. Rice adds, “We go to extreme lengths to ensure the consumer has a great experience. Expectations are carved out early on and then those expectations are executed.”

Dedication to meeting expectations is rooted in the knowledge that great customer experiences beget great customer experiences. And those experiences are only made possible through exceptional service. While the firm provides tools for its realtors to execute deals, it is ultimately the realtors who develop client relationships, then sales. “One of the key points for us is the philosophy of success really comes through others. A company attains a high level of success based on who they have around them. So we have come to realize that the agents, the people who are part of our company, are the reason why we are successful. It’s not because of us; it’s because of the agents who have come and joined us to work together, side by side.”

In order for the company to continue growing, its agent count will need to increase and Rice thinks big when he thinks ahead. “We believe we still need to constantly focus on growth,” he remarks. “Five years from now, we’ll be looking at a 600- to 650-agent operation, at minimum. We think we’ll probably have maybe one or two new locations.” Physical locations are not the focus, though, as “we have recognized, because of technology, brick and mortar is less critical. So we’ll continue to focus on agent count and having great vendors and allied resources that we can recommend to people.”

While one can never absolutely predict the market’s future, especially in the realm of real estate, one can certainly learn from the past. And when looking at the philosophy of growth practiced and perfected at the Keller Williams Realty Metropolitan Market Center in Bedford over the past several years, it’s easy to believe in the company’s continued success.

Check out this handpicked feature on JP Services – Performance under pressure.

WHAT: An agent-centric real estate company

Since 1984, Accurate Title has been working with lenders and mortgage companies conducting closings in New Hampshire, Massachusetts and Maine.  Our experienced staff work as a team serving customers and providing continuous communication throughout the closing process.  We offer flexible closing options for client’s convenience: emailed documents, closing through express mail or closings at any of our four New Hampshire locations.  The next time you are buying, selling or refinancing real estate, remember to Ask for Accurate!

AvenueWest – Your home away from home 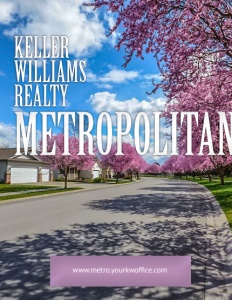