Mankato is a city in Blue Earth, Nicollet, and Le Sueur counties in the state of Minnesota. The county seat of Blue Earth County, Mankato is located along a large bend of the Minnesota River at its confluence with the Blue Earth River. The area was long settled by various cultures of indigenous peoples, primarily the Dakota, who called the river, Makato Osa Watapa, meaning “the river where blue earth is gathered.” The city of Mankato was organized in 1858, by settlers who had migrated from the east.

Today, Mankato, Minnesota is a major regional center with strong economic growth and a population of about 40,600. The city is renowned for its great parks and trails, with many rivers, lakes, ravines, bluffs, natural prairies, and forested areas. Of its 18.3 square miles, eight percent of land is used for agricultural/open space; residential land comprises 50 percent; and commercial/industrial represents 42 percent of the land base.

Recently, Business View Magazine spoke with Jeff Johnson, the city’s Director of Public Works, and Tom Fournier, its Facilities Coordinator, about two major energy savings projects in which the city of Mankato has embarked: a guaranteed energy savings project with AMERESCO, a leading, independent provider of comprehensive energy efficiency and renewable energy solutions for facilities; and a community solar gardens project with Geronimo Energy, a Minnesota-based, renewable energy development company, whose portfolio includes wind farms and solar projects across the United States. 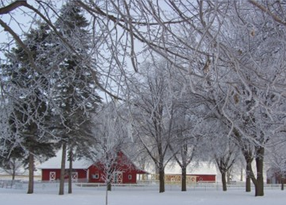 “We were approached by AMERESCO in 2016, regarding a guaranteed energy savings program for the city of Mankato,” Johnson begins. “There are companies, certified by the state of Minnesota, that provide analyses and propose improvements that cities can get financing for – improvements that have a guaranteed payback in energy savings over a specified period of time. So, the city staff worked with AMERESCO in performing a detailed analysis of our approximately 75 facilities. We walked through the facilities and took an assessment of all the lighting, HVAC equipment, boilers, and all the equipment where there would be a possibility of replacing and/or retrofitting to gain energy savings that would, ultimately, pay for that equipment.

“At the time of the agreement, our annual, estimated total power and natural gas costs were approximately $2.5 million; by performing AMERESCO’s improvements, the cost would be reduced by about six to eight percent annually, which is roughly $150 – $215,000. We had several work sessions with the City Council, explaining about these potential improvements and what we could do to utilize these energy savings to pay for the improvements. Through Council work sessions, and working with AMERESCO, we came up with a project. At this stage, we’re about 75 percent complete with the entire project, itself, give or take a few percentage points, of actually installing the equipment.

“We are replacing and/or retrofitting interior and exterior lighting in buildings, on the parking ramps, and our street lights, as well, with LED. We are putting water control devices in all facility restrooms that don’t already have those water saving measures installed. We are installing building envelope improvements, which can include anything from caulking, all the way up to sealing replacement and/or fixture replacement if those types of repairs can’t be made, as well as building control solutions like direct digital controls on HVAC units. We’ve replaced two boilers that will provide better energy efficiency. There are ventilation improvements occurring in buildings – balancing ventilation systems to make sure that they’re running efficiently, and installing digital temperature settings, controlled automatically, to make sure that temperatures reached are targeted toward energy efficiency.”

“Citywide, there were multiple variations in the way buildings were operated and their temperature ranges,” Fournier adds. “This project gives us settings that are more in line with standard recommendations for office spaces and equipment storage. So, across the board, we’ve got more unification with the way the buildings are heated and cooled.”

“Our final agreement with AMERESCO was $4.4 million, with an estimated, annual energy savings of $215,000; operation and maintenance savings (staff and parts) of $42,500; and $187,000 in savings that are provided by the utilities for installing energy saving devices,” Johnson reports. “So, roughly, the entire project has a calculated payback of 17.25 years, which is underneath the 20-year limit allowed by state law. We bonded for a portion of the project, and we will use the energy savings to pay it back. We also internally funded the other portion of it, buying the payback period to 10 years.

“We’ll have to pay back the portion that we

bonded, first, with the energy saved, and, once that’s complete, we’ll pay back the internal financing with the energy savings. And, at the end of that period, what we’re hoping to do is use a portion of the energy savings to be able to support a capital replacement of the actual things that were installed, so that we can replace them when they begin to fail. We’re already seeing some savings in facilities that already have been converted. For instance, in our Civic Center’s arena, we had 250-some incandescent and high pressure sodium fixtures in there that were reduced down to 54 LEDs, and I’ve been told that their power bill has been reduced by half, already, just from the electrical savings from those fixtures, themselves.”

Currently, in Minnesota, there is a boom in proposals for community solar gardens, linked to a 2013 state law that required Minneapolis-based Xcel Energy to develop such offerings, as well as another state law that requires investor-owned utilities to get 1.5 percent of their energy from solar by 2020. Solar garden developers responded with enthusiasm, bombarding cities with proposals to build solar arrays on city land and inviting them to subscribe to the power produced by solar projects.

“We were approached by a couple of different solar companies, so we did a little research when we were trying to look for ways in which we could support this technology and the use of solar in Minnesota,” says Fournier. “We ended up working out an arrangement with Geronimo Energy to get a guaranteed payback of the credits that they receive for their solar garden. Essentially, Geronimo Energy constructs these solar gardens, which then produce energy which feeds back into the Xcel power grid. Part of the regulations is that entities, such as the City of Mankato, can have up to 40 percent of any given solar garden’s production.”

“In June 2016, the City Council authorized staff to enter into agreement with Geronimo Energy on behalf of the City of Mankato and the City of Mankato Economic Development Authority,” says Johnson. “At the time of the original agreement, our estimated energy savings from entering into the agreement was $1,249,794 for the city and $166,111 for the EDA over the 25-year agreement period. As part of the agreement Geronimo also agreed to purchase a 59.5-acre City-owned parcel located in the Sakatah Industrial Park for $1,190,200 from the EDA. In September 2016, the City was approached again by Geronimo Energy as space in an additional community solar garden became available adding $158,202 in additional savings to the $1,249,794 amount agreed to in June bringing the total to $1,407,996.

“The City Council spent a lot of time reviewing and working through the details because energy savings is an important thing for the city,” says Fournier, “primarily because energy is becoming a major part of our budget and we need to be responsible in how we manage it. Ultimately, the goal of conserving energy is saving money, and we feel it’s important to continue on a path like this so that others can be motivated, as well.”

Check out this handpicked feature on Grand Valley State University – One of the nation’s pre-eminent college sustainability offices.

WHERE: At the confluence of the Minnesota and Blue Earth Rivers 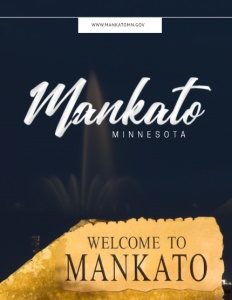