The Place to grow

Business View Magazine interviews Sherry Capello, Mayor of the City of Lebanon, Pennsylvania, for our focus on Economic Development in Pennsylvania.

Infused with charm and vivacity, the City of Lebanon, Pennsylvania – county seat of Lebanon County – has much to offer its businesses and residents. Centrally located in the Lebanon Valley, 26 miles east of Harrisburg and 29 miles west of Reading, Lebanon was founded by European colonist George Steitz in 1740 and originally named Steitztown. The town was laid out in 1753, incorporated as a borough in 1821, and became a city on November 25, 1885, at which time it adopted the commission form of government, consisting of four councilmen and a mayor.

Today, the City of Lebanon is both a regional center of employment and a bedroom community, with a population of 25,770. Just over 2,000 residents live and work within the city and more than 8,700 commute into the city each day. Of the more than 13,000 residents who commute out of the city, 4,500 of them work in Lebanon County. Primary work destinations beyond the County include Hershey, Philadelphia, Fredericksburg (this location is actually located within the county, however, it should be noted a very large number of residents travel to their employment in this town), Harrisburg, and Lancaster, Pennsylvania. 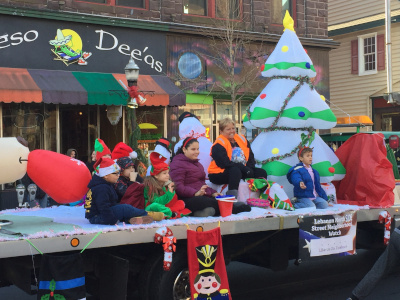 Lebanon offers a variety of parks, playgrounds, tennis courts, a large community swimming pool (due to some expensive but necessary repairs that are needed, the City has temporarily closed the pool this year.  Most likely, it will be closed in 2019 as well.  A decision needs to be made on whether or not the pool will be closed permanently.  It is 85 years old.  The City is looking to potentially partner with the Lebanon Valley YMCA to construct a new outdoor pool), picnic facilities, and many other recreational activities. Its downtown buildings are historic and attractive, some dating back to the 1800s, even the 1700s, and the businesses they house serve local, national, and international needs. The Lebanon Campus of Harrisburg Area Community College, Lebanon Farmers Market, a modern library, the Chamber of Commerce, YMCA, numerous churches, and the City-County Municipal Building are all located in or within two blocks of the Central Business District.

One of Lebanon’s chief assets is its intelligent and enthusiastic Mayor, Sherry Capello, who has just completed the first year in her third term, for a total of nine years in office. Capello is a driving force and visionary for the city’s future success. “When I first came into office in January 2010, the city had adopted a budget in 2009 for the 2010 year with an $850,000 deficit,” the Mayor recounts. “They were also three years behind in auditing. So, we had to quickly address that deficit in the short term. But although we were focused on accountability and restoring financial stability, I told the community and my staff, from the beginning, that we needed to envision the future; deal with the fires in front of us but look long term.”

At the time, many people in the area had a negative perception about the city, but Capello and her team wanted to change that mindset, believing that if you create your own boundaries, you can succeed. It’s all about determination and a positive attitude. Family-sustaining jobs and addressing the gap in workforce development were key objectives. “We’re trying to reach students at a younger age and provide them with more options that don’t require a four-year degree,” says Capello. “Blue collar jobs in technology, welding – high-paying opportunities in need of skilled labor. We’re addressing soft skills and the talent gap and it’s starting to pay off, now that the outreach is there, and more employers and service providers are recognizing it.”

Lebanon is a former steel town that has struggled financially to recreate itself. A lot of businesses that were booming in the 1950s were lost when Lebanon Steel and Bethlehem Steel moved out in the early ‘80s and shopping malls moved in. With those life-changers happening simultaneously, the downtown core started to suffer and has yet to recover. In a revitalization effort, the city held an economic development brainstorming summit in 2010 that led to the creation of a Business Improvement District. At that time, Lebanon’s crime statistics had declined for more than a decade, but the message wasn’t out there. People thought it was unsafe to walk downtown. 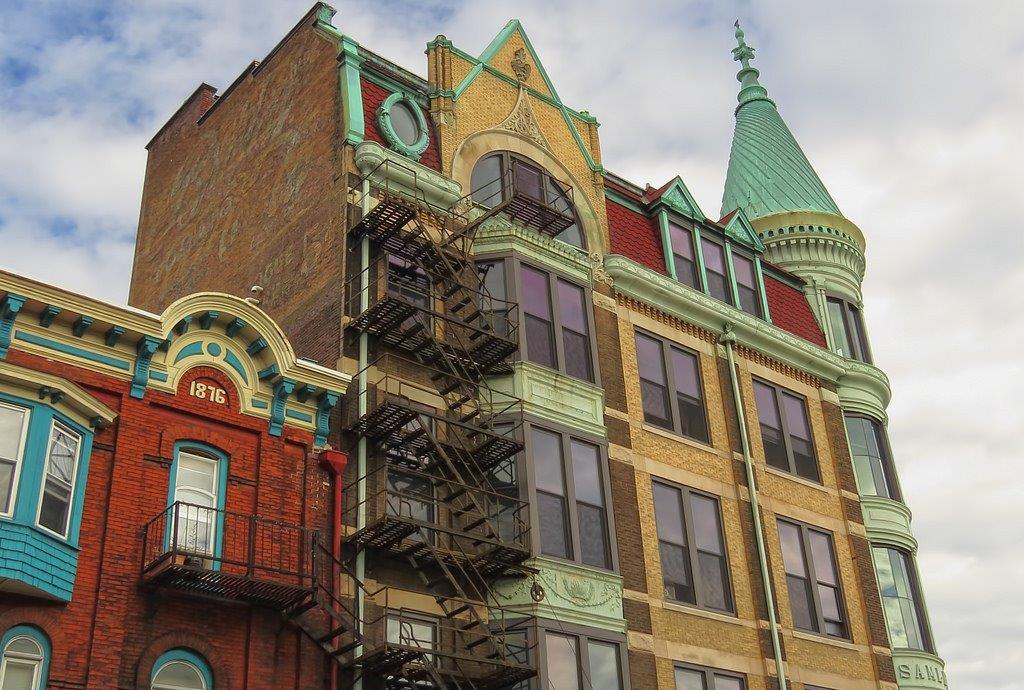 So the city took action. As Capello explains, “We developed a positive ad campaign, and created a city logo and tagline – Lebanon: The Place to Grow – that we continue to use. We also produced a community video that highlighted five areas of economic relevance in the city: quality of life; education; real estate; economic development; and parks and playgrounds. Businesses and organizations sponsored individual videos, which paid the production costs for the city. Then we held a big celebration ‘Night at the Oscars’ and gave trophies to businesses that helped support the project. The upgraded showcase video is now on our website homepage.”

The city also works hard to obtain any grant that’s available. In 2011, Lebanon received $3 million in RCAP funding that helped with the acquisition of properties remaining from a bridge project that went through town. Two bridges were built on Route 72, a state highway that crosses over the Norfolk Southern railway tracks. The area between the two bridges represented Lebanon’s poorest housing stock. Once the properties were acquired, improvements were made to utilities, and an RFP went out to developers. People were moved from inadequate housing to a much-improved living situation and the land was developed into a multi-use commercial complex, featuring a dollar store, medical clinic, and a future physical therapy business; one pad remains for a restaurant. That Partridge Street Redevelopment Project brought in tens of thousands of dollars in economic development, and the revitalized site is now known as The Shoppes at the Bridges.

In 2014, the city started to create an economic development strategic blueprint for the future. The “Grow Lebanon 2020” plan recognizes key strengths to be leveraged by the community, including:  Market Connectivity; Higher Education & Workforce Development; Active Lifestyles; Strong Urban Core; and Collaboration. Grow Lebanon 2020 is founded upon a strong collaboration among the private sector, the city, the county, education, and resident stakeholders. Since the plan was released in 2015, every action step has been assigned to a team leader. 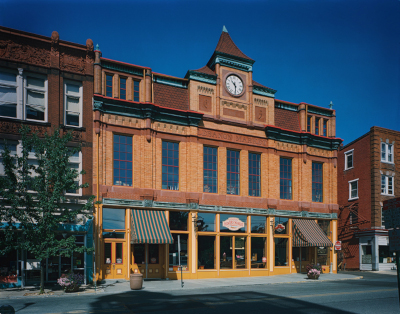 The importance of bringing people downtown, increasing foot traffic, and building the core, cannot be understated. Seeing people walking around, shopping, and engaged in activities dispels the perception that the city is unsafe. In fact, in 2017, Lebanon had the lowest crime rate in its history. According to Capello, “On Hwy. 422, in the downtown area, we want to do a streetscape plan similar to Easton City, with new curbs, sidewalks, beauty strips, trees, and lighting to help with revitalization. We’ve already upgraded our Victorian lampposts with LED, so it’s a bright, crisp light. Also, thanks to donations, we were able to install public space security cameras downtown to make people feel safer.”

This year, the city established a “Lebanon PA Made” event. Makers must create, produce, or design something while working in Lebanon (could be music, videos, artwork), or produce a product or raw material used to create a final product, and the plant is in Lebanon. Or they create something outside the city but have a storefront or business that sells the item in Lebanon. Sixteen companies participated with unique products like Lebanon Bologna; Wertz Candies, a local candy maker for 85 years that spins their own caramel corn; Van Winkle’s Opera Fudge – another favorite.

Several sites within the City of Lebanon have been designated as Keystone Opportunity Zones (KOZ).  These parcels are situated at prime locations and businesses are given various tax incentives to improve the sites and provide stable jobs for the community. City officials work closely with the Lebanon Valley Economic Development Corporation to market available building sites. In addition, Local Economic Revitalization Tax Abatement (LERTA) incentives are available to encourage improvements, rehabilitation, and new construction in designated areas.

Capello admits, “We struggle with the issue of property maintenance. The real challenge is the condition of our housing stock and we’ve been focused on landlords. Lebanon is about 60 percent renter occupied, as opposed to owner occupied and, of course, that needs to flip. We have some incentives in place, such as a First Time Homebuyer program that helps with funding for first time buyers and rehab of newly-purchased homes. Although, state and federal funding has all but dried up, and that makes it more difficult for us. It’s disappointing.”

Going green is another important element in the city redevelopment. A great example is the repurposing of an old manufacturing plant into a six-story apartment building for low-income seniors. The private developer received LEED certification for that project.

Today, the positives are far outweighing any negatives in the City of Lebanon, and people are starting to notice a difference. They often tell the Mayor that they believe the city is on the right track and they’re excited about what’s happening. “It’s also opened the door for other investors,” says Capello. “We’ve had about $85 million privately invested into city projects since I’ve been in office. And $61 million has been invested through grants. That’s huge for a city our size. I think we can be proud of that!”

Check out this handpicked feature on Canby, Oregon – Community with a vision.

Mansfield, Massachusetts – Growth without missing a... 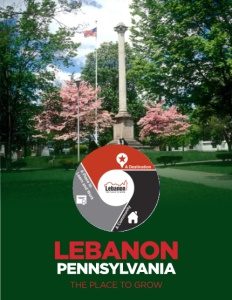