Business View Magazine interviews representatives of San Pablo, CA, as part of our focus on economic development in American cities.

In West Contra Costa County, just a short drive from neighboring Bay Area cultural centers of Oakland, Berkeley, and San Francisco, San Pablo is an example of a small city doing big things. One of the oldest Spanish settlements in the region, this “City of New Directions” has become a thriving hub of diverse, sociable engagement, business opportunity, and green ecology, as well as a leading player in catalyzing and nurturing positive change for its 30,000 residents. Two years ago, San Pablo received the prestigious Robert Wood Johnson Foundation Culture of Health Prize, which recognizes innovative efforts to advancing health, opportunity, and equity, having been up against 211 outstanding cities for the accolade. Today, the City is still providing low- to moderate-income (LMI) families with a dedicated voice, championing economic prospects and quality of life by stabilizing development, investing in resilient infrastructure, and diversifying the local economy.

Since 2012, the San Pablo Economic Development Corporation (EDC) has worked on creating opportunities, as well as seizing the existing ones, for the residents of San Pablo and West Contra Costa. Unlike most economic development initiatives in other municipalities that focus on retaining and growing existing businesses within their communities, this non-profit is on a quest to put more City residents to work by removing barriers to employment and job training. “We were founded by the City because California is one of only two states that did away with redevelopment,” explains Leslay Choy, Executive Director of the San Pablo EDC. “And for a small, low-income city like ours, that was going to be devastating unless the City did something about it.” 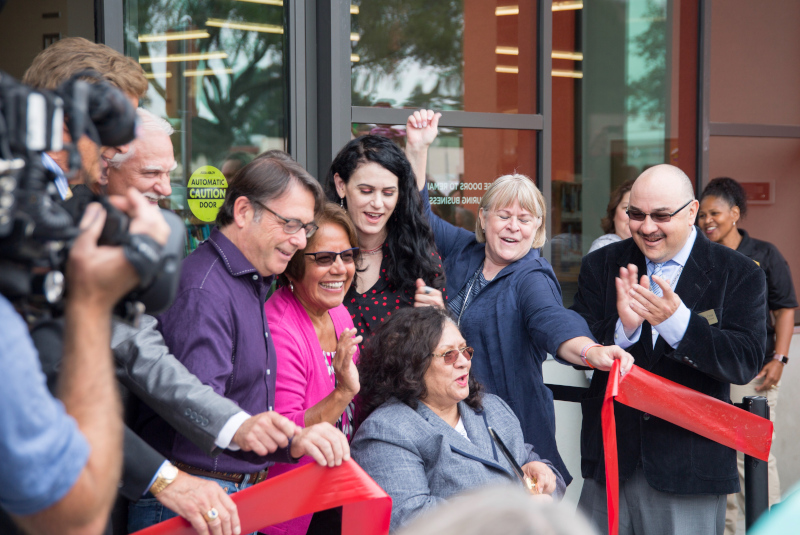 On February 1, 2012, to address the state’s crushing budget crisis, then-Governor Jerry Brown snuffed out local redevelopment agencies (RDAs), which had operated since the end of WW2 and served as important components for the creation of affordable housing, local construction, and economic growth. Alternative versions of these RDAs – like the San Pablo EDC – have subsequently emerged in blighted cities across California for the purpose of continuing the goals of the Redevelopment Agency Act.

“We’re about 90 percent minorities and nearly 100 percent LMI,” Choy continues. “The mission of the San Pablo EDC was to come in and stabilize development, and diversify the local economy. We do that through the education and training of both workforce and businesses. Our whole concept is to work on both sides of that equation. As I work with the City to bring in new businesses, or help get new businesses started, I have a job-ready, skilled workforce able to do it.”

Choy’s strategy aligns perfectly with San Pablo’s brand identity as a city that creates economic opportunity locally and level health equity for all. “We don’t just think of it as healthcare,” says Choy. “If you’re not giving people the means to participate meaningfully in the local economy, you’re not giving them access to healthcare. You’re not giving them access to living wage jobs that lead to a progressive wage career with benefits. If you’re not doing any of those things, you’re leaving your higher needs people in an area where they’ll never work their way out of it.”

As the City of San Pablo looks to build up its economy, stay competitive locally, and grow through community involvement, its priority is to make the community a sustainable, healthy, and enjoyable place to live. One of the ways the City is doing this is by investing in resilient infrastructure. “I work with the Environmental Services Division of Public Works,” says Sarah Kolarik, Environmental Program Analyst for the City of San Pablo. “Within that department, we’re trying to find ways to integrate storm water infrastructure, bicycle and pedestrian infrastructure, and resources for residents and businesses to lower energy costs and water usage.”

The City has several ongoing projects with the goal of improving pedestrian and cyclist access, addressing flood issues and increasing urban greening. “One of the recent projects we’ve finished is the San Pablo Avenue Complete Streets Project, done in partnership with the City of Richmond, which added improved pedestrian facilities, new bike lanes, and greening to a section of San Pablo Avenue, one of the major corridors through the East Bay,” says Kolarik. The City is also undertaking what will be one of the longest continuous Complete Streets Projects in the Bay Area: an approximately 2-mile long project that will overhaul one of the City’s major arteries, Rumrill Blvd., and provide more storm water infrastructure, greening elements, protected bikeway facilities, and improved pedestrian facilities.”

“On the horizon, we have the Wildcat Creek Restoration and Greenway Trail Project next to the Plaza San Pablo development,” she adds. The designated Plaza San Pablo development area, formerly known as the Circle S Mobile Home Park, is being developed into a health campus in partnership with Contra Costa County.  “That site is located along Wildcat Creek, one of three creeks that pass through the City of San Pablo’s borders,” Kolarik continues. “The City is currently undertaking a project that will improve the resilience of the local area by creating more space for high water volumes to flow through. Periodically, we get heavy storms. This will reduce localized flooding. The new trail will increase opportunities for active transportation – biking and walking through the City. There will be little parklets and nice elements to encourage folks who are in the library, or at City Hall, to get outside, read, picnic, and really connect with the creek and natural resources we have in the City.” 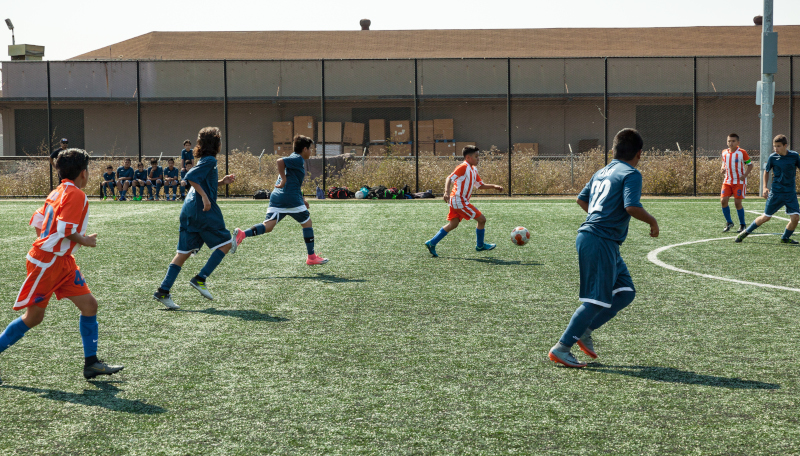 “It goes back to what’s driving economic development in the City,” says Charles Ching, Director of Community & Economic Development. “There used to be a corridor. It still exists – 23rd Street. Back in the days of redevelopment, that was poised to be the downtown district. It never materialized. What the City is doing now is creating a newer downtown. During the time of redevelopment, the City and the redevelopment agency relocated about 200 mobile home park residents, removed all the mobile homes, and turned the area into a developable parcel. Right now, there’s a new library that the City opened there. There’s a new Walgreens building. There are a couple of residential projects that are planned to go there. The County just opened a health clinic and is working on an 18,000-square-foot expansion. The City just built a new Women, Infants and Children Building there. But I think the biggest project that’s going to happen in that area is the relocation of our City Hall. We’re building a new LEED Gold, 40,000-square-foot City Hall on that site.” As part of the plans for a new City Hall, the City will build storm water infrastructure in the form of rain gardens that will reduce the amount of polluted storm water runoff entering San Pablo’s creeks.

Another interesting project in the works is what the City is calling Municipal Broadband, which will involve the installation of approximately 78.6 miles of fiber-optic cable and conduit within San Pablo’s roads and public rights-of-way. “A lot of what happens in our daily lives happens through the Internet,” says Ching. “We’re a small city with a very modest demographic. For the larger companies like AT&T and Comcast, we are probably one of the communities lowest on their priority list in trying to get high-speed access. The City Manager took it upon himself to get the whole City wired, and to fund that as a city. We just bid the first phase of the Municipal Broadband Project. Construction should start by the end of this year. A couple of years from now, we hope to be able to provide everyone with gigabit speed to their household or business.”

The common thread across these projects is that each reflects community-driven design, not only in terms of making services accessible for the residents of San Pablo, but also leveraging the creativity within its LMI community to help solve its own problems. “There’s an incredible amount of community engagement because this is about asking how we want to see ourselves, and what kinds of opportunities do we want to have,” says Choy. “The City has something very cool called the Youth Commission. The Youth Commission is about civic engagement. As we know, with poor communities, if you don’t find ways of giving meaningful voice to the youth, you lose them. They tend to move. The City’s been very conscientious about how it engages its youth. The Youth Commission meets with the City Council. They make recommendations at City Council meetings. They’re outspoken. They’re helping form policy.”

As for the San Pablo EDC, they’ve learned from their predecessor’s forays into redevelopment and renewal. With smart planning and an eye towards the future, they’re valuing the local and building on the community that’s already there. “We’ve grown up,” says Choy. “We do New Markets Tax Credit programs. We do property management. We do asset acquisition. There’s so much that we do here, and we do it in partnership with the City and with outside agencies. We look outside to see what’s stable and growing, where it’s going, and then we try, as much as we can, to pull that opportunity in for our residents and businesses.”

Rubik’s Brand Limited – Not just that...