Where your ship comes in

Often when people think of a thriving marine port, they jump to Los Angeles, Vancouver, and other large oceanside locations, but North America’s Great Lakes are home to some of the busiest freshwater shipping lanes on the continent. Among those is the City of Port Colborne, Ontario, which is the terminus of the Welland Canal. Without the port and the businesses that support the marine shipping industry there, the gateway to Lake Erie’s American ports would make shipping much more difficult.

Originally built in 1824, the Welland Canal is now in its fourth iteration and will soon reach its 200th full shipping season anniversary. The Welland Canal cuts across the Niagara Peninsula to connect Lake Ontario and Lake Erie and also allows the St. Lawrence Seaway and Great Lakes Waterway to connect. It runs from Port Weller in St. Catharines to Port Colborne and enables ships to avoid Niagara Falls while ascending and descending the Niagara Escarpment.

The Welland Canal passes about 3,000 ships which transport about 40,000,000 tonnes of cargo a year. The canal and its ports were a major factor in the growth of the city of Toronto, Ontario, allowing goods from Great Lakes ports like Cleveland, Detroit, Milwaukee, and Chicago, as well as other heavily industrialised areas of the U.S. and Ontario, to be shipped to the port of Montreal or Quebec City, where they are usually reloaded onto ocean-going vessels to ship internationally. The Welland Canal is larger than other canals in the region and offers a shorter, more direct connection to Lake Erie. 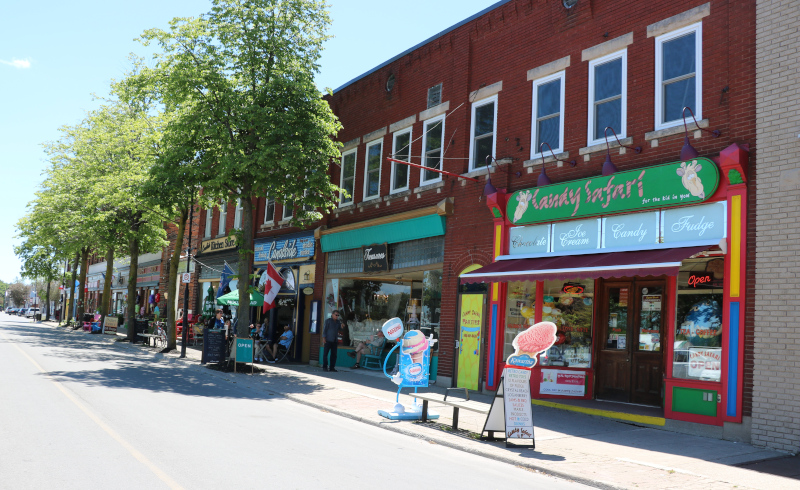 The population of Port Colborne currently sits at 20,033, an increase of just over 2,000 since 2016. The majority of those new residents are young families. Steele says he’s not surprised at the growth and that city council planned for it. After the Vale Health & Wellness Centre was complete, they knew the two hockey rinks, two pools, bocce, walking track, baseball, soccer, and other facilities would attract a lot of people. Steele reports, “Our parks system, our sports facility… that is a huge draw for us, and we knew that when we finished building it in 2013. We’re seeing young families move to Port Colborne for that. It’s the quality of life here. A traffic jam for us is four cars.”

Older working people are also coming from the Greater Toronto Area, especially during the pandemic, while working remotely to take advantage of the small-town feel, fast internet, outstanding views, and the unique businesses in the picturesque downtown core. Steele says gongoozlers (those who harbor an interest in canals and canal life, but do not actively participate) flock to their promenade to take in the ships coming and going. He boasts, “We’ve got a beautiful promenade, right along the canal, so they’ll grab some food in one of our restaurants or cafes and sit and eat lunch or eat dinner and watch ships go by. That’s big for us.”

Many of Port Colborne’s residents work in marine-related industries and have done so since the community was first established. First and foremost is marine work, whether it be on the ships themselves or within the repair business of the marine industry. Shipping by water, rail, and road are the largest economic drivers for the port city, and that includes several machine shops which help repair the ships and the canal. Steele says one such company just created a large portion of the entrance into the Los Angeles Chargers new stadium. He notes, “We’re world renowned in stainless steel fabrication and in speciality fabrication.” Port Colborne is also home to two milling companies, including ADM Milling, which makes flour and a variety of baking mixes.

Agriculture is another large industry in the Port Colborne area and Ceres Global Ag Corp has a large terminal in the city that stores much of those crops prior to shipping. There are also many logistics companies in Port Colborne, and the Hamilton Oshawa Port Authority has acquired some land in the City to add to their operations. The city is also seeing cruise lines ramping up their cruise ship stops in the city from 10-15 to more than 60. City staff are actively working with the St. Lawrence Seaway to move the docking facility to the west wall of the canal to be closer to the downtown retail area.

With a growing population and business community, Port Colborne is preparing to support that growth with about 2,000 new housing units in the next five years. The planning department is in the process of, or has approved, a mix of single, semi-detached, mixed-use and multi-family homes with affordability in mind. Developers are proposing four new subdivisions, one of which is in its third phase and includes a 78-unit, eight-storey apartment building. Downtown Port Colborne is also seeing some redevelopment for mixed-use housing with second floor apartments and retail or restaurant on the main level.

Scott Luey, City of Port Colborne Chief Administrative Officer, reports, “There’s a healthy mix of businesses. We have two downtown cores, where you can get the national franchises such as Dominos or Pizza Pizza, and the sole proprietorship boutique retail and restaurants. We have some really fine and funky cafes… The Pie Guys comes to mind. Port Colborne has a diverse downtown, and we have the waterfront, so it’s really attractive to locals and people from all over Niagara and beyond, just to get on down here and see the mix of retail and commercial and enjoy the water views.” 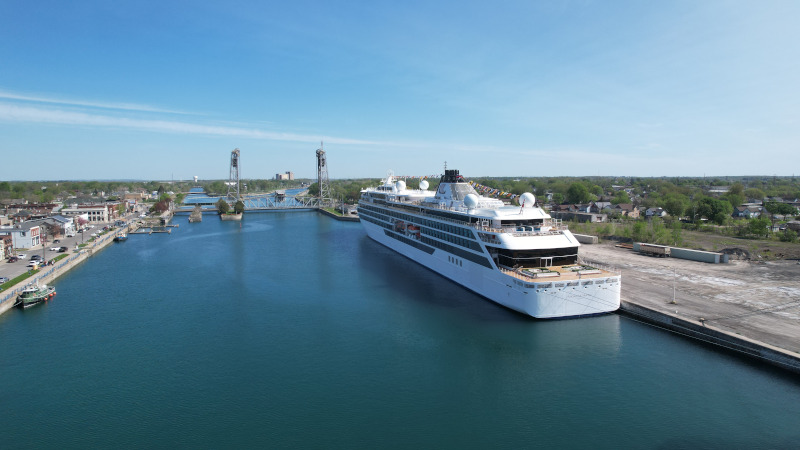 In another housing project, the city has partnered with Port Cares (a social services not-for-profit) to build affordable housing. The council provided land for a three-storey, 30-unit building, which Steele says the community avidly supports. He attests, “It speaks well of council and the community. This is a community that cares about each other, and I think it’s part of our character and part of the spirit of Port Colborne. There have been good vibes created from that partnership and it helps to address some of the housing affordability which is in our community.”

The city is currently focusing on water and sewer infrastructure upgrades. Steele says they’re “taking the bull by the horns” and over the next few years will lower their water costs. This year they’ve managed to complete several smaller projects to help stop leaks and infiltration. They are now moving on to larger projects, including a $6 million sewer replacement project that will stop leaking pipes in an older part of town, lowering costs for the ratepayers once again. There’s also a grant program to help homeowners replace the pipes from their home to the road, which will help lower costs. In addition, Port Colborne has created a 100-acre industrial park and they’re working toward servicing the land for light and medium industrial and warehousing.

Looking ahead to the next five years, Mayor Steele hopes the cycling industry booms – bringing more and more people to the city because they are connecting Fort Erie to the trail system. Also, the Niagara Region is hosting the 2022 Canada Summer Games and the cycling event is happening in Port Colborne. He also hopes to see the city welcome even more families to the area, and see retail and restaurant activity fan out across the city, not just in the downtown core. Another goal is to grow the marine industry by acquiring more land and attracting new industries.

“Port Colborne is poised to expand,” says Mayor Steele. “Quite frankly with our water, rail and highway system that runs through here we are a very attractive area. We just have to be prepared very quickly to open up lands for enabling those companies to come here and hit the ground right away, that’s important.”

What: A thriving marine community; population 20,033

Where: North shore of Lake Erie on the Niagara Peninsula

Village of Westport, Ontario – “The heart...