In fact, Jeff Lawrence, the county’s general manager of operations until a change to manager of recreation and community enhancement, said population projections show as much as a 30-percent spike over the next decade. That potential boost has already hastened revisions on an existing 10-year capital plan, along with prompting creation of an overarching municipal development framework.

That blueprint contains sub-plans (called area structure plans) specific to each region of the county.
Those are already being generated for the southern and western regions, and resources for a structure plan for the eastern section are earmarked within the 2015 county budget. Additionally, a deal has been struck with Urban Systems, a Canadian consulting firm, to put together water and sewer master plans that are expected to arrive in early 2015, and a transportation master plan last updated in 2013 could be redone by new departmental leadership as well.

“These are very high priorities throughout the organization, from the council right down to senior administration,” Lawrence said. “What we build, we want to make sure we build for the next 20- or 30-plus years, not just for the next five. It’s energizing, and it’s headaches.

“There are pressures because you’re dealing with constant change, but if you like a challenge and if you are prepared to work as a team and meet those challenges, it’s a great place to be right now.”

Still, while much of the focus is forward, it’s not as if things have been standing pat. 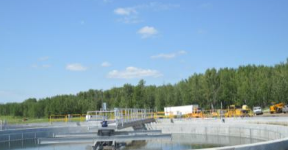 Myriad projects have been undertaken over the last several years, including a 212,000-square-foot recreational multiplex that was proposed in 2010 and built for $48 million.

Four years later, a state-of-the-art high school opened its doors connected to the Bold Center recreational facility. Subsequent work has involved creation of bike paths, sidewalks and boat launches to enhance outdoor user-friendliness and catch the attention of the professionals and young families that leaders are hoping both to keep local and lure to the area.

The county’s manager of utilities, Gary Siebold, said one of the challenges faced amid talk of growth is maintaining infrastructure – at least half of which is at least 50 years old. Roads and bridges present the same tasks, said Brian Shapka, the interim manager of public works, and the municipality’s perpetual race to catch up and improve is not unlike areas across the country.

“The idea is not only to refurbish what has to be refurbished, but to do it in a way that tries to meet the needs of the future,” Shapka said. “We’re trying to incorporate these pressures for growth into these rehabilitations, so that 10 years from now they’re not looking at the infrastructure that was in the ground and finding out that it was undersized. We’re really putting significant in-house resources and financial resources into long-term plans.”

A regional water line has been extended to tie in rural subdivisions along the lake, and a biological nutrient removal plant for waste water treatment recently came on line and is at 50 percent capacity these days, with further expansion expected over the next five or 10 years.

The county’s solid waste approach has changed from multiple landfill sites to fewer entities, and initiatives are on the drawing board for converting biomass to energy or anaerobic digestion. Recycling has been pushed hard in recent months and years as well, with a goal set for 2020 that would result in an 80-percent reduction of the waste stream that ultimately reaches the landfill.

Additionally, 15 kilometers of local roads have recently been paved and some have had lighting, sidewalks and walking trails added. Future plans include the base paving of a road stretching 21 kilometers through an environmentally and historically sensitive area along the lake, connecting the hamlets of Lac La Biche and Plamondon, which would significantly reduce the amount of gravel and silt being introduced to the local watershed.

Also, the recycling and crushing of used concrete into aggregate for base-building has begun and will be utilized more frequently going forward.
“We need to keep our eye on the long term, and sometimes that’s difficult because little fires pop up and you have to address the fires,” Lawrence said. “But we want to stay big picture and we want to stay priority. We are working toward developing plans that will carry us into the next 10 or 20 years and use those as a guideline and try to stay to them as close as we can.

“We need to keep that team relationship open.”

The county itself spring from a gradual melding of a handful of rural communities that had been unincorporated in the early 1990s. Several became part of a newly-created Lakeland County by 1998, and Lac La Biche County was formed when residents of both Lakeland and the pre-existing town of Lac La Biche voted to merge in 2007.

The county is now home to the five 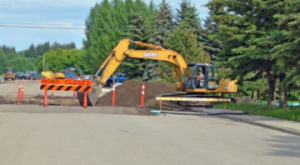 Its geographic positioning between Edmonton (200 kilometers to the south) and Fort McMurray (280 kilometers to the north) has been a lure to a mix of residents that include some who work in the oil patches up north, some who’ve taken advantage of a burgeoning local service industry and some who’ve chosen the area as an ideal retirement spot because of its amenities and proximity to family.

And with the uptick in population comes interest from developers.

“We are getting quite a few people coming in and inquiring about setting up businesses and even different types of commerce,” Shapka said. “There’s a lot of that sort of activity. We, of course, are still trying to advertise ourselves as well. Some are coming because of our location, and others, we’re attempting to attract.”

WHO: Lac La Biche County
WHAT: Municipality of 9,904 permanent residents (as of a local 2013 census) that was established in August 2007 after the amalgamation of Lakeland County with the town of Lac La Biche
WHERE: Northern Alberta, about 200 kilometers north of Edmonton and 280 kilometers south of Fort McMurray
WEBSITE: www.LacLaBicheCounty.com 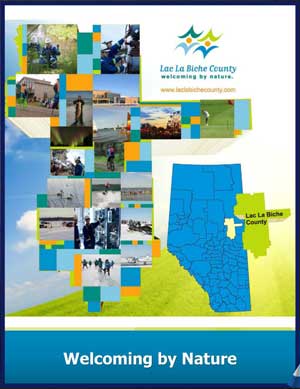