Where history, charm, and business thrive

Chartered in 1711, Beaufort (pronounced BEW-fert) is the second-oldest city in South Carolina, behind Charleston. From its picturesque location on Port Royal Island, the city draws countless visitors who come to immerse themselves in its natural beauty, enchanting antebellum architecture, and Reconstruction period heritage. The Emancipation Proclamation was read in Beaufort – that legacy, alone, is beyond price and a story to be told and retold through the generations. Indeed, Beaufort stewards its history with pride, but contrary to being “stuck in the past,” this ambitious coastal city and County Seat of Beaufort County is also proactively planning for a successful future – one that embodies its mantra as the place “where history, charm, and business thrive.” 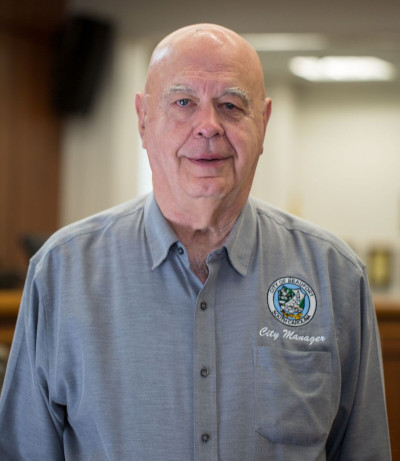 Beaufort City Manager, William “Bill” Prokop, describes Beaufort as “a small to medium size city with around 13,500 inhabitants. But every day we service anywhere from 45,000 to 65,000 people going right by City Hall,” he notes. “So, we’re a very busy city for our actual size. Like many coastal cities in South Carolina, our number-one issue right now is storm water and flooding issues, which started really heavily three years ago with Hurricane Matthew. We are now in the process of addressing nine major storm water and flooding areas throughout the city. The major concern is an 800-acre drainage area known as Mossy Oaks. We have all our engineering and funding in place, but for the next two to three years, after we have final approval from the Army Corps of Engineers, DHEC (Department of Health and Environmental Control), and all the other regulators, we will move forward with, basically, mitigating a lot of the flood damages we have.”

That speaks to short-term infrastructure, but long-term planning is also in progress to address overall issues facing the city. A recently concluded program called “Beaufort 2030” involved 94 participants in two brainstorming sessions over two months, where they discussed the trends, the threats, and major issues facing the city. Among those invited to take part were middle school, high school, and college students, teachers, principals, company presidents, major developers, the dean of the university, head of the technical college, and local healthcare specialists – a full cross-section of the community, along with Beaufort city councilors, and area politicians.

Seven key needs emerged from Beaufort 2030: 1. To increase the number of affordable housing units (workforce housing) in the city. 2. To increase diverse career opportunities for early and mid-level professionals. 3. To increase the retention of locally-trained graduate students for local jobs. 4. To increase the emphasis for addressing childhood poverty. 5. To attract and retain talent in healthcare. 6. To collect good data. 7. To improve proactive collaboration when preparing for devastating storms – whether hurricanes or flooding. A program is now being put together around “what do we do” for those top seven issues.

Tourism is the city’s largest industry, followed by military-related establishments – Parris Island and the Marine Corps Air Station Beaufort and a U.S. Naval hospital are all in close proximity. The fact that Beaufort’s population is growing at 3.5 percent, annually, with a predominately residential tax base, brings to the fore another important focus – demographics. Beaufort Fire Chief, Reece Bertholf, reflects, “One of the biggest things Beaufort has recently undertaken is an attempt to connect with residents that are not “upper in age.” The city is working hard to engage the working residents, residents with families, and the people who will be the future of Beaufort. For the last 15 to 20 years, we have been a retirement destination. It may not necessarily encompass the city itself, but most of those 60,000 people we serve in our surrounding areas have had a career elsewhere and come here to enjoy their retirement. What’s come of that is a municipality stuck in the middle that’s not that aged – our median age is mid-30s – but that are working really hard to keep pace with the rising cost of living, of housing and construction, and the limited nature of retail and entertainment services. That was a big part of the Beaufort 2030 initiative – to bring younger, more energized people to the table, who are concerned with what Beaufort is historically – a beautiful natural place to live – but also have to find a way to marry that with an economic place to live and work.”

Beaufort is the only community in the Hilton Head/Sea Islands area with a true downtown. Prokop explains, “Bay Street is our main street with all the retail shops and restaurants. We have two new things going on downtown. First of all, the University of South Carolina at Beaufort is expanding here. Just last year, they built 96 residential units for students to live, and under construction right now are another 96 units, with planned growth to, probably, double or triple that over the next five years. These are all honors program students coming from the campus in Bluffton. So, that is growing significantly, as well as the Technical College.” 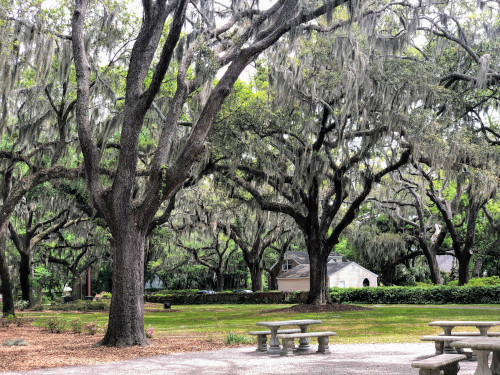 The other factor promoting growth in the downtown core involves the prominent role of Beaufort and the surrounding Sea Islands during the Reconstruction era after the U.S. Civil War. This period in history was memorialized in 2017 by the establishment of a Reconstruction Era National Monument in Beaufort and legislation is slated to be passed by the Federal Government to make it a National Park. Also, in the area is The Penn Center, site of one of the first schools for African-American slaves in the country, now a cultural and education center. With the increased interest in Reconstruction history, Beaufort has seen greatly expanded tourism in the commercial and retail/restaurant sectors.

As for redesigning the downtown to be walkable and bikeable for a younger generation, Prokop admits, “We don’t have to because we’re already laid out that way. During the Civil War, the North protected Beaufort, and all the homes built in the 1700s and 1800s are still there. It’s become what’s called “The Point” and all the architecture, the layout of the streets, are the way the ‘new’ modern planning statements say. What we’re doing now is infill; trying to get development for vacant lots, or houses that need to be upgraded.”

Beaufort is also home to Commerce Park. At 196 acres, it’s the largest industrial area in Low Country, Beaufort County. Prokop reports, “Two new companies have moved there in the last year and we’re in discussions to build a large spec building that could be, depending on which way you want to go, 60,000 to 120,000 square feet, to attract industry. Because we’re located right between Charleston and Savannah – 20 minutes off I-95 – we’re  looking at a targeted recruitment of businesses in technology, artificial intelligence, knowledge management, and advanced manufacturing and distribution. That’s a major program we have going with our goal for economic development.”

According to Bertholf, “Another initiative that’s really gaining traction in the city is called the Beaufort Digital Corridor, a technology-based business incubator. The idea is to bring people in with start-ups in the technological fields and give them nice, trendy office space at reasonable rates, with other people doing like work next to them. It gives them an opportunity to incubate and start their business with a little help. There are professionals, onsite, who provide classes if needed and will meet with potential tenants of the space. They also provide community-based education for coding and other business acumen. It’s modeled after the Charleston Digital Corridor. They worked closely with the city in partnership to start this and Beaufort has now spun that off and is expecting it to live on its own.”

In another recently completed project aimed at attracting businesses, funds from the city, the county, and a federal TIGER grant went into a 2½ year project to redevelop the entranceway into the city – a route called Boundary Street. Utilities were relocated underground, and travel lanes, medians, and pedestrian walkways were all redesigned. There is also a redevelopment overlay for that one mile, so new businesses coming in can model their designs after expectations in that corridor. The first new development broke ground just a few weeks ago. With a total project cost of $33 million, the expected return on investment is about $150 to $160 million of new investment along that stretch of Boundary Street.

Prokop sums up the highlights of what Beaufort has to offer: “We are building on our historic founding and architecture, but we’re also being prepared for the technology that’s needed for the future. In between that, we’re improving our infrastructure, whether it’s flood control, storm water, or the recently finished Boundary Street project. And, at the same time, we’re looking ahead and planning for the future. Like our tagline says: Beaufort is where history, charm, and business thrive.” 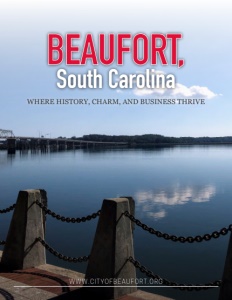