Headquartered in Blackville, South Carolina on a 300-plus-acre site with more than 300,000 sq. ft. of manufacturing space under roof, and two additional sites at B&D Plastics in Ocean Springs, Mississippi, and its new site in Angleton, Texas, the visionaries at Augusta Fiberglass engage in the design, manufacture, and fabrication of custom fiberglass solutions, including tanks, ducts, scrubbers, stack liners, stacks, and other equipment for the power generation, chemical processing, water/wastewater treatment, air pollution/environmental control, pulp and paper, food and beverage, pharmaceutical, metals, plating, petroleum, bio-fuels, and mining industries, worldwide.

The company was founded by John Boyd, a former Mississippi farmer who, according to longtime associate, and company Contract Administrator, John Harte, began working for his brother-in-law’s small fiberglass operation in Augusta, Georgia. “Boyd had a pickup truck and two other people working for him,” Harte recounts. “They got an opportunity to go up to the Greenville, South Carolina area to repair a couple of fiberglass tanks, and the total value of the job was under a thousand dollars. When they got finished, they’d done such a good job that the fellow who owned the plant wanted to know if they could make tanks for him. Well, the company had never done that, before, but Boyd got his people together and they figured out a way to do it, and, by golly, they did it. And they turned that $900 job into a $90,000 job. From that point forward, he realized that was the way to go.” 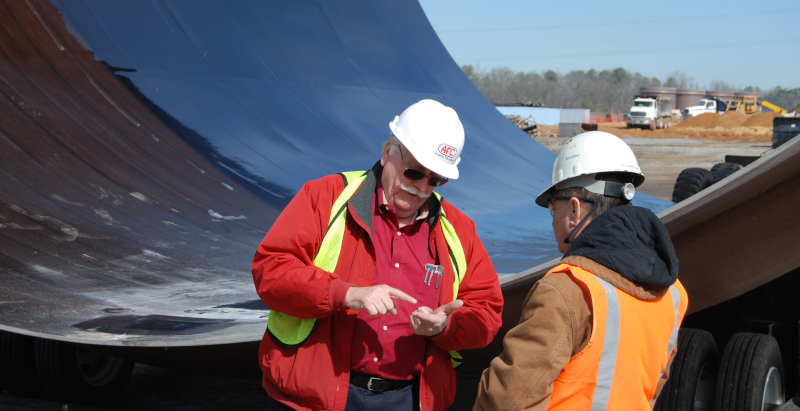 “So, they started supplying tanks throughout the area – South Carolina and Georgia,” Harte continues. “The advantage of fiberglass is that it’s not as heavy, it’s not as hard to manage, and it also is, in many instances, less expensive than steel. At that point in time, though, into the ‘70s, there was a big debate about whether fiberglass could hold chlorine products. But after several tests and field work, the fiberglass manufacturers were able to prove that fiberglass was as effective, if not more effective, than steel in handling the sodium hypo chloride, sodium hydroxides, the bleach, the chlorine, and those sorts of things. And that opened the door to the wastewater industry and also to other industries, as well.

“So, when that happened, Mr. Boyd was well-positioned to expand and move forward. The plant moved to Blackville, South Carolina, and they incorporated in 1974. They were originally located in Augusta, Georgia, but Boyd realized that they were going to get bigger and didn’t want to be in a metropolitan area like Augusta, because it wasn’t really attuned to manufacturing operations. One of the great things about John Boyd is the fact that he’s an incredible entrepreneur and marketer. He’s done an outstanding job doing simple things. For example, he used post cards back in the early days, much as the way people use emails, now. He would send a card around to various companies and just simply ask them if they had any fiberglass products that he could make for them. And that sort of thing was a real positive and forward-thinking idea.”

Soon, the company moved on to other industry needs. Harte explains, “When coal-fired furnaces were required to reduce the level of emissions from the top of their stacks, a system was developed which allowed fiberglass to be used in the stacks, so that, when the emissions from the furnace came out of the firebox and travelled towards the atmosphere, they were put through what were called ‘clinchers.’ And those were designed to reduce the heat in the emission. Then they go through something called a ‘scrubber,’ which removes all of the debris that’s in the emission. And then, it goes into a fiberglass stack that goes up eight or nine hundred feet in the air. Well, Augusta Fiberglass built over 11 miles of stack liners, many of which are still in service.”

The company also built the large jet bubbling reactors used to remove sulphur out of flue gases. “Those are the largest fiberglass vessels ever made, and we built four of those,” Harte notes. “And, at the time, there was no technology to build that. Boyd holds the patent. They created a system that used railroad track for the guns that spray the resin and the devices that wind the fiberglass into these buildings. They’re 120 feet in diameter and then they go up 64 feet. Those railroad type devices not only had to go around in a circle, they also had to go up and down. And that’s one of the most amazing things, I think, that’s ever been done in American industry.”

Today, Augusta Fiberglass has 200 employees, including nine engineers and a full-time team of drafters. “The main facility is here at Blackville, South Carolina,” Harte reports. “At this location, we make fiberglass products – tanks, ducts, scrubbers, vents, you name it. If it’s fiberglass, we build it. We don’t care what shape it’s in; we have one of the finest carpentry teams in the world and I’ve seen them create molds for some of the dogondest things you ever saw. Now, in Mississippi, we have B&D Plastics, which is a sister company. At that facility, we build fiberglass and dual laminate tanks – that’s a tank which has a highly resistant liner inside, which could be PVC, Teflon – any number of things. And then they’re wrapped in fiberglass for strength. All of the locations have achieved the RTP-1 stamp authorization rating, which is the highest you can get in the ASME. B&D has the RTP-1 rating both for straight fiberglass and for dual laminates, and the last time I checked, there was only one other company in the United States that had it. So, that’s a pretty good thing to have. We also have a unit down in Mississippi, AFC South, which is a direct part of Augusta Fiberglass, where they build the larger fiberglass vessels that are going to be shipped west.” 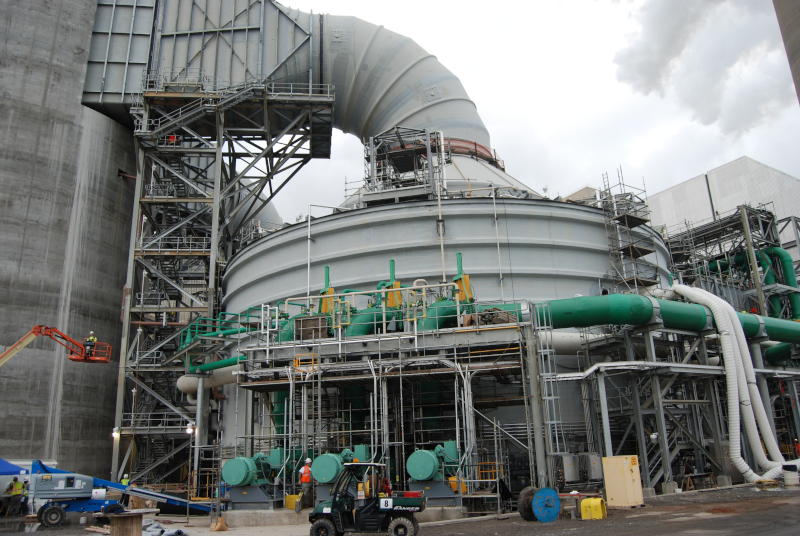 Harte is adamant that innovation is what gives Augusta Fiberglass its competitive edge. “We have been very persistent in doing things that other people are either afraid to do, or don’t have the engineering skill to do,” he declares. “An example: the Tampa Electric Company in Florida had a plant, which had an entire system of very large ducts – 20 feet in diameter, running throughout a four-story building – that was all made with metal, and it had deteriorated and was, essentially, almost unusable; and it was becoming dangerous because it was rusted through. So, they put that out for bid; very few people in the industry looked at it, or even understood what had to be done. Well, we bid it; we took on everything, including the removal of the metal structures that were there, which is not actually what we do, but we partnered with another company and we came in there with them, so that we could be sure that what they did, left us with what we needed to put in. Now, the duct was so large, you couldn’t bring it across the road without a great deal of problems. So, we went to our plant at B&D in Ocean Springs, and we acquired a dock in the river that flows out into the Gulf of Mexico. We modified the dock, so that these big ocean-going barges could come in and we loaded everything we needed onto those barges from the dock, and shipped them across the Gulf of Mexico to Tampa, where they were offloaded and put where the plant needed them. That project was completed on time, on budget, to spec, with not a single incident – not one scratched finger. The point is: the design of the duct required very careful, finite element analysis; everything had to fit together absolutely perfectly. And it had to be able to withstand the stress that’s going to be put on it. All of those complicated factors required a lot of innovative effort to get that done. I think it’s remarkable that a company that started out with one little pickup truck and a couple of guys on the back of it would end up doing that for the biggest southern power company.”

Other advantages that Harte mentions includes being one of only three companies that can set up major fabrication facilities at a job site. “You couldn’t build some of those things at your plant,” he states. “We can load up all the trucks and all the materials and ship them. We ship everything we need; we put up big tents or metal buildings. We’ll just load those up, build them, and then, take them down. We also have a tremendous warehouse supply on-hand of the materials we need – the glass, the resin. For example, if you contact some of the manufacturers that do what we do, they will say that the first thing they have to do is get the materials in. That’s not our problem. And one of the other things that sets us apart is the loyalty of our workers. We’ve actually got a couple of guys from the first years of operation, and we now have third generation people working for us.”

Most important to the success of Augusta Fiberglass, though, according to Harte, has been what he calls “the incredible entrepreneurship of John Boyd. That is a true American industry story,” he declares. “The foresight that was his to bring in top engineers into a company that was just making cans and spraying fiberglass. Those engineers shared his dream of making fiberglass the number one product in certain industries. They had the ability to take those dreams and make them into something.”

WHAT: A provider of custom fiberglass structures and solutions

Hokes Bluff Welding & Fab contributes its success for over 50 years to the employees who take pride in fabricating a quality product to meet or exceed customer expectations with timely delivery.