Business View Magazine interviews John Egofske, Mayor of the Village of Lemont, Illinois, for our focus on Growth & Economic Development in U.S. Cities

A booming community that has maintained its small town feel, the Village of Lemont, Illinois is steadily becoming a recreation mecca for Millennials, young professionals, families, and entrepreneurs looking to join a strong, tight-knit community and enter an untapped market fuelled by energetic and active people.

According to Jason Berry, the Village of Lemont Economic and Community Development Director, “We really focus on quality of life issues because that’s something that’s important to everyone, including businesses and retailers who want to know what kind of customers they may get and what kind of things to offer to the community. Some have even told me they don’t want to be part of a market, they want to be part of a community and that’s why they like being part of Lemont. I think that’s a big part of it, that people genuinely like being here.” 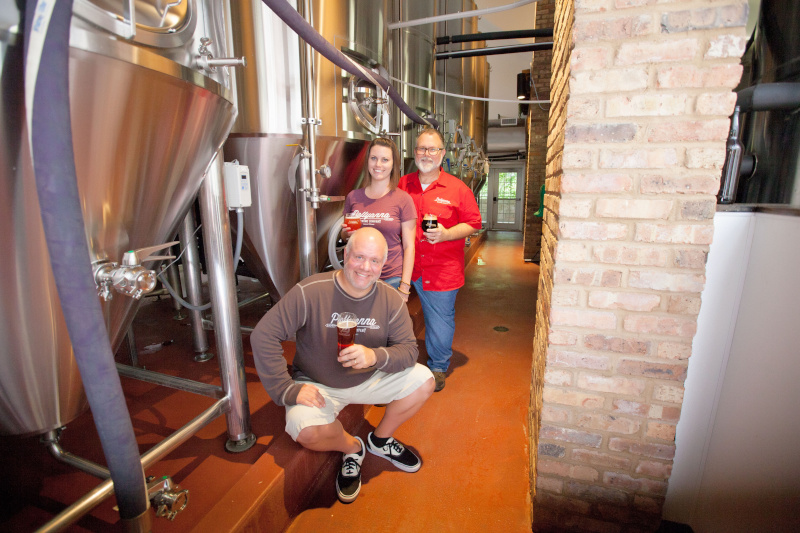 Lemont has something for everyone, a plethora of unique restaurants with a variety of offerings, walking trails, bike trails, parks, waterways for water sports and swimming, skating, and so much more. Whether you like fast-paced adventures or a more laid back lifestyle, Lemont has you covered with the longest zipline in North America and new paths to discover, local breweries to sate your thirst, and an historic downtown to peruse. With new businesses arriving and projects happening all the time, there is always something to discover in Lemont.

Unlike other towns, cities, and villages in Illinois that are experiencing a decline in population and enduring many business closures, Lemont’s population has grown steadily over the last few years. In fact, they have added more than 1,000 new residents to their village bringing the total to just north of 17,000. That boom has created a red hot housing situation with homes selling long before they ever hit the market. Lemont is adding about 1,000 new dwellings a year with single detached homes, duplexes, and townhomes rising in popularity. The village also boasts some of the lowest residential taxes in the state, making it even more attractive for families.

Lemont is a suburb of Chicago and before the COVID-19 pandemic many of its residents made the 30-minute daily commute there and to other surrounding communities, but are now staying home and enjoying the downtown restaurants and local recreation hot spots, like The Forge in the Lemont Quarry. The Forge is a private-public partnership that offers almost everything an outdoor enthusiast could want, including ice skating, igloo style globe dining, three on three shinny tournaments in the winter, and in the summer rope courses, ziplines, climbing walls, mountain biking, hiking trails. And a year-round restaurant with its own exclusive beer brewed by nearby Pollyanna Brewing Company. The Forge also offers educational courses, concerts and special events – boasting quite accurately that it has something for everyone.

The Forge opened in July 2020 in the first phase of its three-phase opening plan and, of course, like all destinations during the pandemic it had to adapt. It did so by taking reservations to ensure social distancing and that it was adhering to local capacity guidelines. The destination was only open on weekends and sold out every one. Berry admits, “I went on a zipline for the first time this summer and was amazed at how much fun adults and even children were having. It’s just been great to see how many families have come down this summer and have gotten to enjoy The Forge, so we’re really excited about that and they are going to continue to grow.”

Mayor John Egofske raved about the amenities at the park, sharing, “It’s a destination for people from all over the state, which is really exciting for Lemont and it goes along with our plan to focus on recreation and tourism to keep the  community and economy booming. Last year, there was an article mentioning Lemont as the “mecca for Millennials in Chicagoland”. Lemont is really starting to draw them and that’s what we are trying to build on because Lemont, unlike the rest of the suburbs, we are actually down in a valley. We have some great natural assets with the waterways, we have some elevation changes with the valley, we have a lot of greenery, we have natural spring quarries. So this is also something we can use for kayaking, swimming, fishing… We really want Lemont to be a recreation destination type of place, which would be very unique here in Chicagoland.” 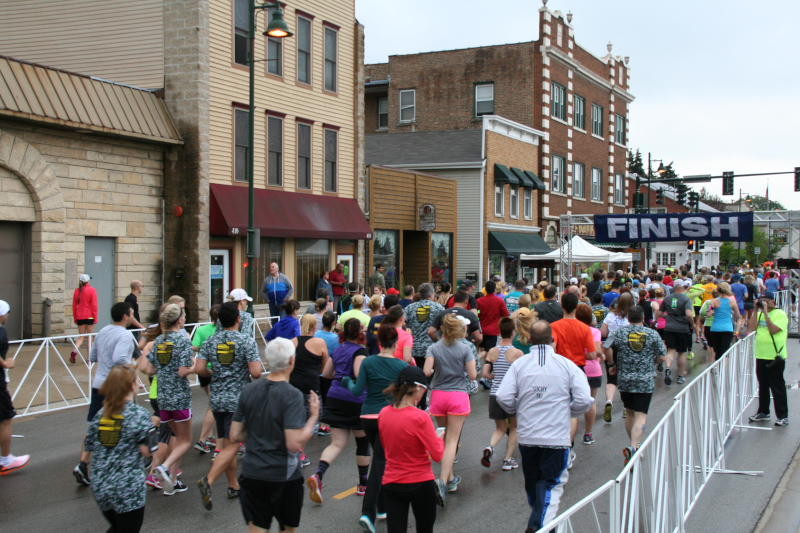 Situated in Cook County in the Des Plaines River Valley, on the south bank of the Illinois and Michigan Canal, Lemont’s geographic location is unique because it sits deep in surrounding glacial uplands. Established in 1836, the village stands as one of the oldest American communities in northeastern Illinois. It’s rich history stems from its role in transforming the northern region of the state from a sparsely settled frontier into an economic powerhouse with commercial, agricultural, and industrial industries that supplied Chicago and other areas with goods and services. The village was established due to the development of the I & M canal and was nestled between valley bluffs to the southeast and the river to the north. The canal was constructed along the south side of the river in 1848 and Lemont’s historic downtown and residential districts grew between the canal and the valley walls, making it a very picturesque place to shop and relax. In 2016, the Lemont Downtown Historic District was listed on the National Register of Historic Places.

Indeed, Lemont’s downtown has a storied architectural heritage and many of the buildings have been and continue to be upgraded, restored to their original glory, and repurposed for business, mixed-use residential or residential apartment or condo units. Mayor Egofske reports, “Currently, there are four buildings being updated and it has definitely come a long way. It’s exciting to see what’s being built, to see a 70-unit apartment complex coming in on what’s basically empty land right in the heart of downtown. That’s going to really make the downtown get some density and we have the Forge park just to the north of it. I really think it’s going to come together and tie into our outdoor recreation.”

During the pandemic, Lemont actually thrived. The Village gave businesses COVID-19 relief grants and supplied tables, tents, and other accessories for restaurants to provide outdoor dining, which is something Egofske believes helped the downtown stay strong. He notes, “Where maybe in the past you’d think twice about allowing tables and tents to expand out into the village, it happened right away because this was by need. And it’s something in the future we’ll have to think about continuing because it made the downtown look alive on most weekends, even during the week for lunch, for dinner. It was really a cool thing to see.”

The village is also working with the parks department and the Metropolitan Water Reclamation District to lease and reclaim a 27-acre parcel of land to create a green space park incorporating native plants. And they have plans in the works to create a parking lot and more trails in the next few years. Looking to the future, the Village of Lemont hopes to continue cultivating its recreation destination status and connecting the downtown to the Forge with signage and trails to encourage people to visit downtown and to make the 27-acre park a welcoming destination, as well.

What: A historic community; population 17,000

The Forge is built around three foundational pillars – Exhilarate, Entertain, Educate. Not only are we dedicated to offering exhilarating and entertaining experiences but we’re also passionate about creating authentic corporate events and team development programs. With 300 acres, The Forge has the opportunity to create an immersive and engaging event space, working to create programs and events that achieve meaningful outcomes for guests. Learn more at forgeparks.com.