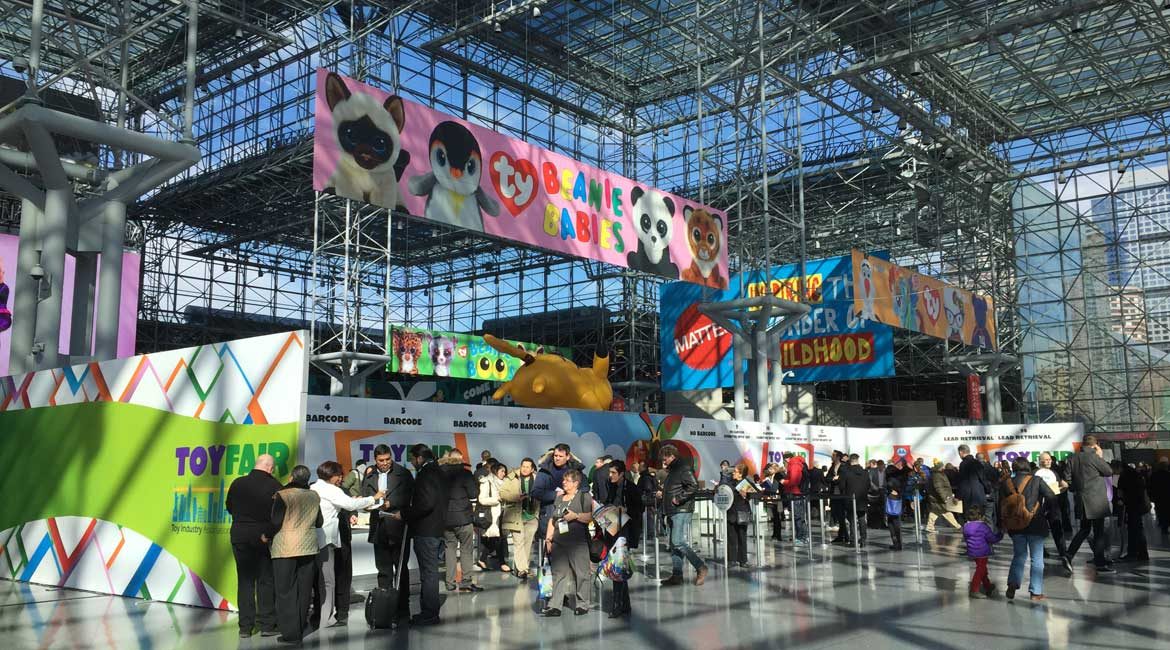 Business View Magazine interviews Idanna Smith, president of The Good Toy Group , as part of our series on the toy industry.

The Good Toy Group is a member-owned company that creates catalogs for its members’ independently owned toy stores, across the county. Recently, Business View Magazine spoke with Idanna Smith, the company President to learn about its operations. The following is an edited transcript of that conversation.

BVM: Can you talk about the founding of the Good Toy Group; why and how it came to be?

Smith: In the late 1990s, the specialty toy industry was all brick and mortar, small, independently-owned toy stores. Many of us had begun to get to know each other through a group called ASTRA – the American Specialty Toy Retailing Association. Within that structure, we had been working with a couple of different companies that did direct mail catalogues. One had gone bankrupt and another that tried to do it decided that it didn’t want to proceed. So, they came to a few of us who they knew and said, ‘If you want to take this on, we will give you all the information which is in all our systems for making catalogues for toy stores.

A group of about twenty or so of us met and decided if all these other people could do it, we could certainly do it, ourselves. We formed a company, which is an LLC, so that all the members are owners, and elected a temporary Board of Directors, of whom I was one, and started to see if this was, indeed, a possibility. We started out with about 45 members who all put in a very small capital contribution to fund the beginning of the company; we hired one of our members, who had just sold her store to her daughter, to be our Executive Director, and the rest of us were volunteers.

Our first catalogue was published in 2000, and we have been in business ever since. We now have a staff and I am still the President and Chairperson, and still running the company. We have about 75 members across the country with about 130 store locations – specialty toy stores, not only in small towns, but in big cities, as well. We’re basically a brick and mortar company, owned by our members, and we do marketing – print and digital.

BVM: Your catalogue is your major product. How does it get put together?

Smith: We have a product director and a design team. The members suggest products and get us all the information for a particular piece and then we take over. We vet the products, take care of the design and printing; then the store owners have it direct-mailed to their own customers. Each catalogue is personalized for that store. For instance, if you lived, say in San Diego, you’d probably get a catalogue from Geppetto’s, which is a large toy store with nine different locations in San Diego. It wouldn’t say it was from the Good Toy Group; it would look like it was directly from Geppetto’s. The product and the design inside is all the same; it’s the personalization on the front and back covers that is different for each store – what they want to say, what coupons they might want to give to their customers.

BVM: How do you stay in touch with your members and how do you reach out to prospective new members?

Smith: We communicate through email, through Facebook, through Drop Box, through Google Drive. We also have a meeting at Toy Fair, which is in New York City every February; we have a meeting in June at the ASTRA convention. As far as getting new members, we look at every possible avenue to find them. We do online research, we do research through our trade association, we ask our members. We go to two trade shows a year as a vendor, so we’re set up to interact with anybody who would come to a trade show.

BVM: How many specialty toy stores are there in the country?

Smith: The number changes and the definition of ‘specialty toy’ is different depending on who you are. Toys “R” Us is considered a specialty toy store by the media analysts because it’s only a toy store, but it’s not one that we would work with. So, the number ranges from 900 to 1,500 depending on the economy and who’s counting. But, that’s the general number. ASTRA is the trade organization for our part of the market and they have excellent research on their website, but they also don’t have a solid number.

BVM: So, there is a trade association for toy stores, but your company’s membership is specifically targeted toward catalogue production and dissemination. Is that right?

Smith: Yes. Our goal is marketing. We are a marketing company. Now marketing changes as the world changes, so it’s digital and every other conceivable kind of marketing that you can think of, but it started out as direct mail.

BVM: Speaking of changes, what changes have you seen in the toy industry of late?

Smith:  Twenty years ago, in our kind of stores, we didn’t sell licensed products – you’d have to go to Toys “R” Us because they carried all the mass market toys. But, the world has changed for children and many of these licensed products, the Disney products, the Star Wars products, are good products that have good value, and people don’t have any prejudice against buying them. They don’t think that if they buy a troll doll, their child will never go to Harvard. Consumers now feel that most good toys are widely available.

Also, the Toy Industry of America (TIA), a big trade association for the toy industry, watches the demographics very carefully – how many children are being born, what age the parents are, how the parents interact with online media, what the parents do, what the kids are doing, what they’re doing in preschool, what they’re doing in grade school, how they’re learning to read – all of that impacts what eventually ends up on a shelf. We’re not in a time when you could put something on your shelf and say ‘You need to have this set of blocks,’ and they’d buy them. Now the customer will say, ‘My child doesn’t like to play with blocks; he’d rather play with something else, so why should I buy them?’ Now, we’re trying to fulfill the ‘Why’ rather than saying ‘You need this.’ The market and the consumer have changed.

BVM: Are there any changes planned for your company that will impact the way you do business?

Smith: We’re in the midst of a five-year strategy rollout that started last year. The major change is to become a full-fledged buying group, not just a marketing group. Also, to look for all the different ways that you, as a consumer, need to be touched – which is not just receiving a catalogue in the mail so your kids can pour through it, but every way that you need to be reached.

BVM: Can you explain how a buyer’s group would work?

Smith:  Well, we might go to different people who bring in product directly from China and have a container brought into a distribution facility and sell it only to our members, or we could have exclusive product or product at a different price than what we’re able to get in the marketplace.

BVM: So, that would be a rather big change from your original business model.

Smith:  Yes. But now, of course, it’s more doable than it was in 1999. There are more options, more opportunities, more people looking to go direct to the manufacturer; China is easier to work with. There are many more options than there were 17 years ago.

BVM: Will your members have to make any additional investments to make the strategy work?

BVM: What does the landscape look like for the specialty toy industry over the next several years, and what challenges will you face?

Smith:  What will be different for our stores is that many Main Streets, where many of our stores are located, are struggling to find their way in a world where people don’t want to shop – they want an Amazon robot to drop things on their doorstep within an hour of being ordered; they’re on their phones and they’re much less attached to their communities. And Amazon has convinced everybody that its policy of not collecting sales tax is good for their business and not detrimental to the consumer.  Our challenge is to find ways to make our stores more financially viable and more successful. Whether it’s trends, whether it’s bringing in new products, whether it’s digitally reaching out to customers on Facebook and Instagram, and whatever the next iteration might be, to find ways to speak to consumers and let them know the service that we offer, the knowledge that we offer, the exceptional, curated selection that we offer. Our challenge is how we will get that customer to interact with us, whether it’s online or in the store. That’s our challenge – that’s everybody’s challenge.

BVM: What are some important points that you would like our readers to know about your company and its members?

Smith:  First of all, our people are independent retailers because they’re independent. But the good thing about being very independent is that all of our owners are right where they want to be, interacting with children. They usually have an educational background or some kind of background that has children as part of it. And they are relentless at finding the best toys for kids and making the best suggestions. In our stores, you’ll find that somebody will greet you; there’ll be a play table or a place to play; they’ll be somebody who knows, if your child is seven, what they’d really like to do – whether they’re into games, or puzzles, or construction, or art, or craft, and they’ll ask you questions about your child. And one of the best things about all of our stores is the passion everybody brings to making sure that your child gets the very best tools and toys for them to play with, spend time with, and use. They care about children. . . and what else is more important? 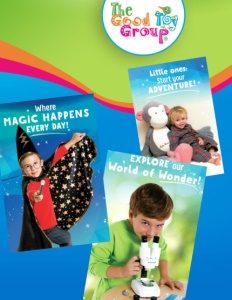