The report reviews state energy policies and programs, investment and market openness as they relate to the current state of renewable energy and its potential.

“The Northeast Region has helped lead the reduction of carbon dioxide emissions in the U.S. over the past decade, driven by the Regional Greenhouse Gas Initiative,” said Michael Brower, ACORE’s president and chief executive officer. “RGGI has facilitated significant reductions in carbon dioxide and other emissions in participating states since it launched, while electricity prices declined.

“This success of RGGI heralds the promise of positive results from the U.S. Environmental Protection Agency’s new proposed Clean Power Plan rule, which will encourage the broader adoption of renewable energy in the Northeast to achieve the state-by-state CO2 emission reduction targets.

”The region added more than 800 MW of new, renewable energy capacity in 2013, mostly from solar power installations, with nearly $1 billion in asset finance, venture capital and private equity investment. Many states – notably New York and Massachusetts – maintained their renewable energy policy leadership, incentivizing even greater private sector investment in the industry. And while states across the U.S. have begun considering whether to limit or repeal their net energy metering policies, Vermont quadrupled its net metering cap in early 2014 with significant bipartisan support.

”Renewable Energy in the 50 States: Northeast Region provides an executive summary for each state on the status of renewable energy implementation at the state-level. The report is intended to be an executive summary for all who are interested in the highlights of each renewable energy sector in the states. Investment information was provided by Bloomberg New Energy Finance.

The ACORE International Programs Roundtable Series, Renewable Energy in Latin America and the Caribbean, was created to spark discussion and promote collaboration leading up to the first Renewable Energy Latin American & Caribbean Conference & Exhibition on Nov. 20-21. The initial roundtable specifically focused on Mexico and Central America, where leaders from the region provided insights on renewable energy development and possible policy improvements. 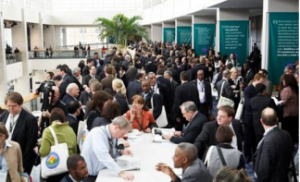 “The breakfast discussions are divided into three topics, each focused on a portion of the LAC region: Central America & Mexico, South America and the Caribbean,” said ACORE’s director of international programs, Risa Edelman. “The events are also used to bring in other topics relevant to the region, looking at everything from policy reform, growing markets and development finance, to risk mitigation, project development and intergovernmental partnerships.

Moderating the discussion was Ambassador Nestor Mendez of the Embassy of Belize in Washington, D.C. and permanent representative of Belize to the Organization of American States. “Renewable energy is not just a topic of temporary importance,” Mendez said. “It is a topic of permanent and growing relevance. Seeking the balance between conservation and development is where the wheels hit the road and renewable energy comes in as extremely important. 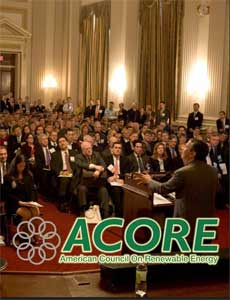