Wakunaga of America – Garlic is the key

Garlic is the key

Business View Magazine interviews representatives from Wakunaga of America as part of our focus on best practices in the nutraceutical industry.

Wakunaga of America Co., Ltd., based in Mission Viejo, California, and a subsidiary of Wakunaga Pharmaceutical Company, whose headquarters are in Hiroshima, Japan, is a worldwide leader in the research, development, manufacture, and marketing of medicinal herbs and supplements. “The company was established in 1955, by Manji Wakunaga,” recounts Kazuhiko Nomura, President and CEO of the American division. “After the Second World War, the Japanese people were very poor and unhealthy, and he was wondering how he could contribute to the improvement of their condition. At the same time, he met Dr. Eugene Schnell, a German immigrant and supervisor of Japanese pharmaceutical regulations for the United States Occupation Army. He believed that the Japanese people would benefit from nutritional supplements to recover in the post-war surroundings.” 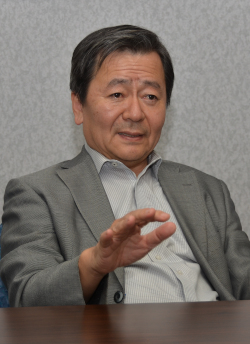 Wakunaga and Schnell decided that garlic could be a key to their dilemma, and came up with the idea of aging garlic and turning it into extract. After perfecting their process in his laboratory, Wakunaga began distributing product throughout Japan in the early 1960s. Then, in 1972, he established the United States subsidiary in Honolulu, Hawaii; opened up a sales office in Los Angeles, California in 1975; relocated the company’s American headquarters there in 1979; moved to Torrance, CA in 1981; and finally established the permanent U.S. headquarters and plant in Mission Viejo, CA in 1986. In 1992, the company opened a new plant in Mira Loma, CA; began garlic cultivation in Central, CA in 1993; and built another new plant in Mira Loma in 2011.

Today, Wakunaga of America grows all its own garlic, and exports to over 40 countries. Nomura details its four major product lines: “The main one is Aged Garlic Extract; the brand name is Kyolic. In Japanese, ‘kyo’ means strong and ‘lic’ is from garlic. So Kyolic means strong garlic. There is no product like this in the world. We don’t have any patent, but, fortunately, there is no company that can exactly copy this product because it is very unique. We grow our own garlic and it takes about 20 months to properly age. From sowing the seeds to the final product, it takes about four years.”

“The second line is probiotics, which we started more than 30 years ago when only a few companies were selling probiotics,” he continues. “The brand name is Kyo-Dophilus; Dophilus is used in many probiotics products. The third line is Kyo-Green, which some call Superfoods. We combine many grains, vegetables, and fruits and make a blend of those things. The last one is Moducare, which came from South Africa. It’s made from African Maritime Pine. It was already used by the local people and we found out that if we combine sterols and sterolins, it produces the best combination and makes the immune system work best. Moducare is a very unique product. We are trying to be the only company in the industry, in that sense.” 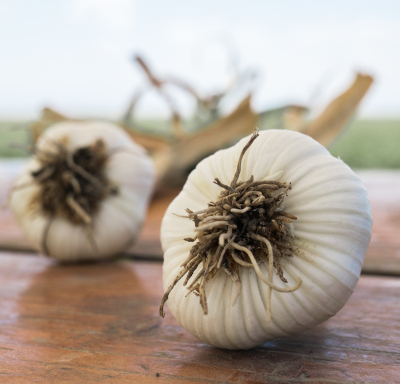 The corporate philosophy of Wakunaga of America centers on a commitment to research and a mission to serve the public health. To date, the company has published more than 820 scientific papers and continually underwrites clinical studies on its products. Studies have proven Wakunaga of America’s products to enhance immune function, protect cells from free radical damage, lower cholesterol, support overall heart health, help balance, protect, and restore intestinal function, slow plaque formation, and reduce blood pressure in adults with hypertension, offering hope to those who don’t respond well to prescription medications or would prefer a natural therapy.

Wakunaga of America also sponsors, and participates in, industry conventions and conferences. “In 1991, we had the first International Garlic Symposium,” Nomura notes. “Researchers from all over the world gathered in one place to discuss garlic. Since then, every five years, we have had an International Garlic Symposium; the last time was 2014, here in California. Next year, we will have it Hiroshima, where our Japanese plant is located. There are also the Natural Products Expo conventions which take place every March in Anaheim, CA, and on the East Coast in September. On those occasions, we talk about new clinical studies, we exchange opinions, and we discuss new marketing tools and how we can increase our sales.”

Currently, Wakunaga of America controls over 60 percent of the U.S. garlic supplement market for its Kyolic product, and going forward, Nomura says he would like to double the company’s sales within the next five years. Part of that strategy, he explains, will depend on being able to enter some more domestic markets, such as the military, as well as selling more of its products abroad. “In Europe, we are selling in 12 countries, but, unfortunately, we are not selling in Germany, France, or Italy, the first, second, and third biggest markets, because there is some difficulty in entering those countries.” In order to get around those restrictions, Wakunaga has set up its own German company, selling Kyolic as a medicine there. Also, in Europe, there is a category called THMP – Traditional Herbal Medicinal Products. “In that category, we applied in July 2017. And hopefully, we can get the approval next February or March and we will launch next September. That’s our biggest project, now.” 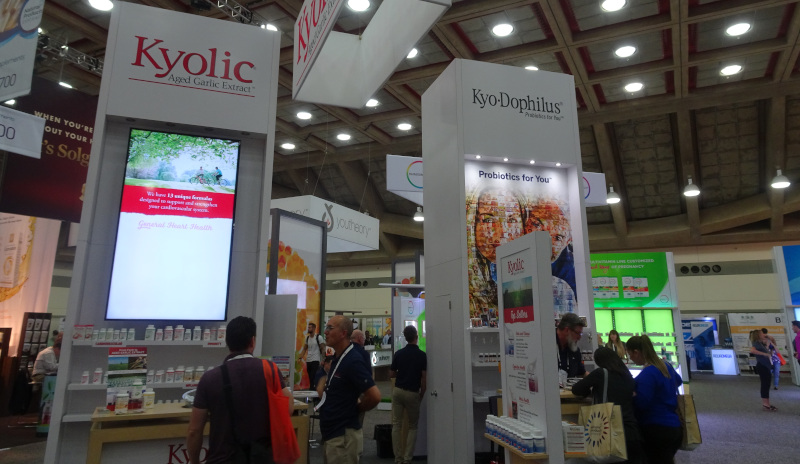 “At the core of everything we do, we are looking to contribute to the health and wellbeing of the world’s citizens,” says Vice President and Chief Sales and Marketing Officer, Michael Modjeski. “There’s a lot of authenticity throughout the organization in how we develop and market our products and stand behind them, including our control of the complete supply chain in terms of organically grown and harvested garlic used in our products. It does take about four years to go through that cycle from seed to shelf. In that process there’s a consistent application of manufacturing and checking – over 250 quality checks that are applied, so there’s very tight inspection and quality control in everything that we do.”

“Our facilities are GMP (Good Manufacturing Practice)-certified, and we are an ISO 9001:2015-certified facility. So there’s a lot of focus and emphasis on providing a quality product all the way from soil to shelf. When you look back 45 years since Wakunaga of America has been in the marketplace here in the U.S., a lot of things have changed in terms of scientific instrumentation and the ability to measure the effect of various attributes. As technology evolves and detection becomes more clear, we’re able to continue to seek out the efficacies of our products and how they interact with humans to contribute to their health.”

And as founding partners, Manji Wakunaga and Eugene Schnell, once surmised – garlic is still the key.

Check out this handpicked feature on Bermuda Hospitals Board – A strategic plan for care.

WHAT: A leader in the research, development, manufacture, and marketing of medicinal herbs and supplements 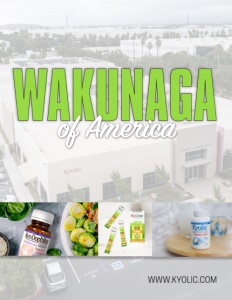