Home of the Wisconsin State Fair

Business View Magazine interviews representatives of the Wisconsin State Fair Park, as part of our focus on best practices of American event venues.

The Wisconsin State Fair is steeped in tradition. The first Fair was held in 1851 in Janesville. Sponsored by the state’s Agricultural Society, it was held on a six-acre plot along the banks of the Rock River. It featured a 200-pound squash and a quarter-acre plowing competition with teams of horses and oxen. Admission was 10 cents, and attendance reached between 13,000 and 18,000, making it the largest reported gathering in Wisconsin history at the time.

In 1859, Abraham Lincoln was invited to give the annual oration at the Fair. He spoke on the principles of free labor – farmers and their families working for themselves without the use of hired labor – and of the interconnectedness of farmers, merchants, and other businesses. He advised farmers to embrace new methods of agriculture, with the goal of raising the standard of living. 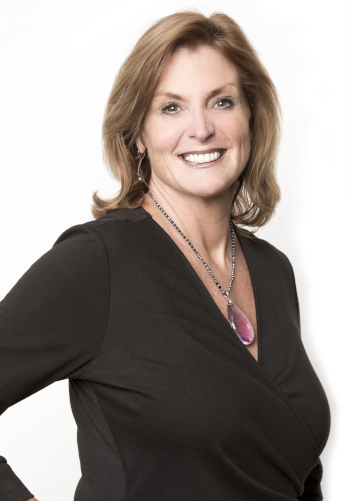 “Through the course of the 168 fairs, the Wisconsin State Fair has only been cancelled five times due, primarily, to the Civil War in 1862 and 1863; and then due to the major exposition that was being held in Chicago in 1893; and then two times during World War II at the request of the U.S. Office of War Transportation.”

Over the years, the Fair has continually added new attractions: in 1869, there was a fire engine demonstration where boxes, barrels, and a large wooden building were set aflame. The historic Milwaukee Mile at Wisconsin State Fair Park first opened as a private horse-racing track, and has since experienced thousands of automobile races and welcomed loyal fans from across the country. This iconic Milwaukee treasure hosted its first dirt-track automobile race on Sept. 11, 1903, and the most recent race took place June 16, 2019, making the Milwaukee Mile the oldest operating motor speedway in the world.

By the early 1900s, several other new facilities had been built at the Fair Park, including electric lighting that allowed for extended hours. In keeping with the times, the 1911 Fair featured a new gate to accommodate automobile traffic. That same year, pioneer aviator, Lincoln Beachey, departed from the Fair Park, marking the first flight over Milwaukee. Henry Ford visited the Fair in 1922, and one year later, more than 60 new amusement park concessions and rides were installed near the Old Mill, creating “Fun City.” In 2012, the Fair introduced SpinCity, one of only a handful of independently-managed Fair midways in the country. Today, SpinCity continues to offer fairgoers more than 50 spectacular rides, quality games, and concessions.

But, according the O’Leary, what truly sets the Wisconsin State Fair apart from other events is its agricultural component. “We are the agricultural showcase of the State of Wisconsin,” she states. Animal exhibitions include cattle, donkeys, goats, horses, poultry, rabbits, sheep, and swine. There are also horticultural exhibits, tractor displays, and farm and agricultural education exhibits.

In addition to hosting the State Fair, which takes place for 11 days every August, O’Leary reports that the Fair Park is active nearly 48 weeks of the year. “We have a number of meeting and conference facilities,” she explains. “Our flagship facility is our Exposition Center, which is 200,000 square feet, built in 2002. We also have a state-of-the-art youth center that’s approximately 5,000 square feet, which houses youth exhibitors during State Fair and can be rented for events year-round. We have the Wisconsin Products Pavilion that, during the Fair, is home to all of the commodity groups; during the non-fair season, it’s a 32,000-sq.-ft. pavilion that hosts many different types of events. We rent our facilities to a number of local and regional consumer trade shows, and we are also home to the largest sports show in Milwaukee.” 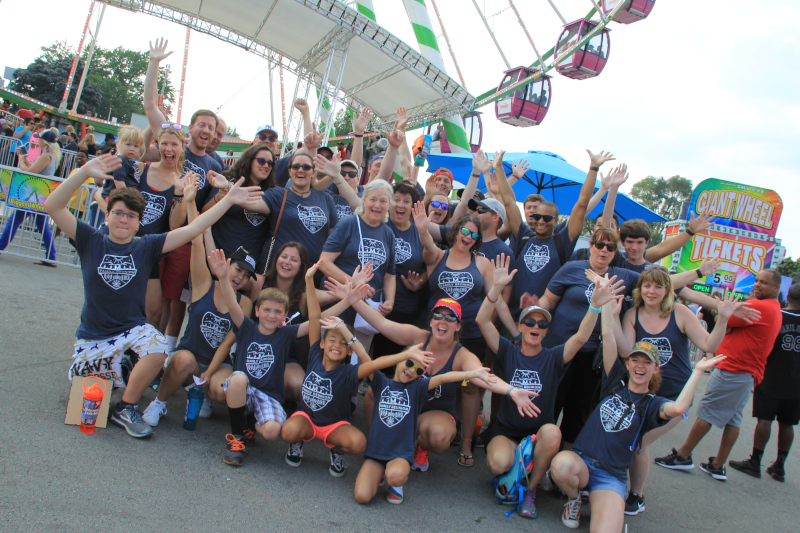 During those non-Fair times, O’Leary says that the Fair Park actively competes with nearby venues for business. There are large exposition centers in Waukesha, some 15 miles to the west, and Franklin, some 25 miles south. Some of Milwaukee’s larger hotels also have convention and meeting spaces. “So it’s a very, very competitive market, to say the least,” she opines.

That being said, she believes that the Fair Park has several advantages. “We’re about seven-and-a-half miles outside of downtown Milwaukee, with the convenience of being located right off I-94 and have ample parking. So, wherever you’re coming from, we are very conveniently located. We have upwards of 7,000 parking spaces, whereas none of the surrounding hotels have anywhere near our parking. So those two things are our biggest assets.

“Also, the 200,000 square feet of the Exposition Center can be partitioned off for multiple events to occur at one time, plus we have a nice concourse area that’s more private, along with breakout meeting rooms upstairs. And the infrastructure that we have offers a variety of opportunities for outside events, for another component of whatever a convention meeting might need.”

Staying competitive, these days, also means having robust technical amenities – sound, lighting, and IT. For the first two, the Park partners with Clearwing Sound and Lighting. “They are an international company that is headquartered right here in Milwaukee,” say O’Leary. “They provide every aspect of sound and lighting technology. From an IT standpoint, the facility from which we sponsor most of our events, the Wisconsin Exposition Center, has a state-of-the-art Wi-FI platform.”.

Another one of Wisconsin State Fair Park’s key partners when it comes to technology is Etix, their ticketing company, which offers innovative ways to track ticket purchases and more effectively market to ticket buyers or potential buyers. They also utilize Ungerboeck event management software.

A key aspect of the Fair Park’s operations is its award-winning recycling program, which has been expanding over the years. In 2007, the Wisconsin Exposition Center received the Travel Green Certification through the Wisconsin Department of Tourism. In 2016, the Vendor Services department and the Facility Services department worked together to increase awareness of the various trash receptacles throughout the park. A poster of these receptacles was sent to all vendors that could be posted and used to educate their employees as to which receptacle was for recycling or for trash. In 2017 the Wisconsin State Fair received the Recycling Excellence Award through the Wisconsin Department of Natural Resources, which is awarded to eligible organizations that have created, sustained, or innovated to increase recycling within their organizations. 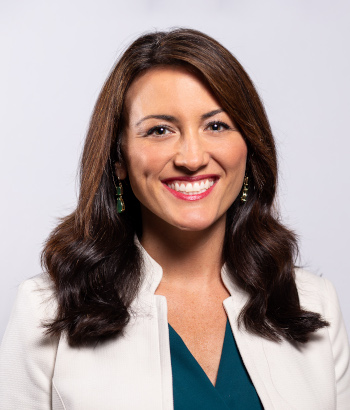 Non-Fair recycling contributed approximately 40 additional tons of recycled materials that, again, are diverted from landfills.  A large portion of this total is contributed by the recycling of cardboard using the cardboard baler in the Wisconsin Exposition Center. Another recycling effort that is not included in the overall total of material is the recycling of pallets. Through cooperation with its pallet recycling vendor, the Park recycles hundreds of pallets that are left over from fair and non-fair events.

“We’re also really proud of a project that we took on a couple of years ago,” Chuckel continues. “There’s a bike trail that runs through the Fair Park – the Hank Aaron Trail. It’s very heavily used for bike traffic, but the part that is running through State Fair Park was somewhat neglected. We decided to adopt that stretch and our staff volunteered their time to clean up that trail and add some fair ‘character’ to the stretch. We’ve improved the gate access to the trail, and, for people who do want to ride their bikes to the Fair, we’ve created bike parking lots and promote both of these as ‘Pedal to the Park.’”

Being over a hundred years old, maintenance and upkeep of the Fair Park is hugely important. In 2002, when the Exposition Center was built, there were several other construction projects that took place as part of a multi-million-dollar Master Plan, including the building a of a new entrance gate off of I-94, and renovations to the dairy cattle barn, one of the Park’s most historic facilities.

“All of that took place in 2002,” O’Leary reports. “But for the last several years, it’s been a lot about maintenance and infrastructure. In 2015 through 2017, we underwent a multi-million-dollar electrical project. We took all of our electrical underground. Up until this electrical project was done, there were wires and large poles in a variety of different places, which restricted how we could program large, clear-span tents, and where we could build if we desired. So, now it’s given us a new landscape of what we could do, plus it’s more energy-efficient.”

“And now, we will be embarking on a major, multi-million dollar infrastructure project that will start in October of 2019,” she continues. “It will be in the central quadrant of the 200 acres – the thoroughfare on our Grandstand Avenue, which is the nerve center during the 11-day Wisconsin State Fair. We’re going to create a new central mall area to be a gathering place with ample seating set in a nicely landscaped and lighted area. It’s going to be a brand new gathering place for which the Wisconsin State Park fairgoers will enjoy. That’s a $3 million project, and will be very vibrant, and awe-inspiring.”

“We have another $3 million project that we’d like to complete in the coming years that will take two of our 47-year-old bathrooms and renovate them to be state-of-the-art and family-equipped, fully accessible, and gender neutral,” she adds. “Not only do we not have enough stalls and facilities within those bathrooms to meet our Fairgoers needs, but we’re not offering the accessibility and amenities we would like. We are meeting codes, but we want to go above and beyond the minimum. Also, we’re looking at a new gate on our west end that would create a safer entrance in our agricultural area off the west side of the Fair Park. That, too, is potentially a $3 million project.”

When all is said and done, however, O’Leary believes that the long-term success of Wisconsin State Fair Park is mostly due to the abilities and passion of its employees, many who have been around for 20 years or more: “As a state entity, we have 47 full-time employees, but then, in preparation for the 11-day Fair, we will onboard upwards of 1,700 seasonal employees. This will be my 22nd Wisconsin State Fair in a variety of different positions. And the beauty of the staff that I’m humbled to lead is that they’re all very young and ridiculously talented. The average age is late 30s-eary 40s. In this industry, we are sought after as a model fair and certainly a model staff. We’re proud to be among the leading State Fairs in the country and thrive on continual improvements and vision to enhance the experience of the more than one million visitors who attend the Fair annually.”

WHAT: A fairgrounds and exhibition center

WHERE: West Allis, Wisconsin, a suburb west of Milwaukee