Yucaipa, California – At the foothills of progress

At the foothills of progress

Before the Spanish conquest of the Americas and the arrival of European settlers from Mexico, the land of the Yucaipa Valley was occupied by the Serrano Indians for an estimated 1,000 years. The lush valley was irrigated by springs and creeks running out of the San Bernardino Mountains, where the Serrano made excursions to gather nuts and berries and other food during their harvest season. The Serrano name for the area was Yucaipat, meaning “green valley.” Today, the City Of Yucaipa, California has pride of place, standing at the foothills of progress in the shadow of the magnificent mountain vista.

Yucaipa is an energetic city of 55,000, located 10 miles east of San Bernardino in San Bernardino County. Business View Magazine recently spoke with City Planner, Ben Matlock, and Director of Community Development, Paul Toomey, about the significant revitalization efforts the city is undertaking. The following is an edited transcript of that conversation. 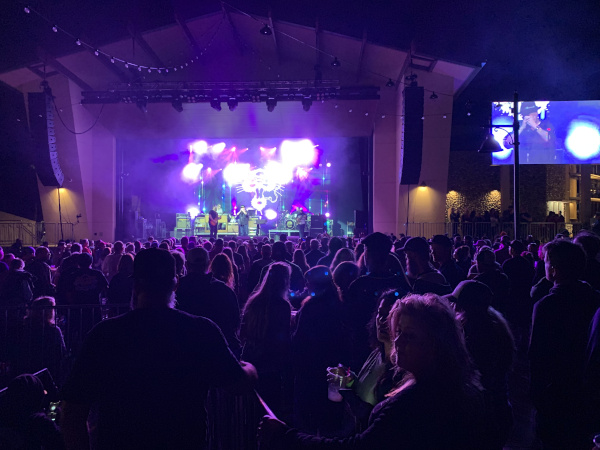 BVM: Can you tell us about Yucaipa’s exciting uptown revitalization efforts?

Toomey: “Our uptown reconstruction endeavor is probably the most visible impact in the community; something that started with a streetscape project in 2011 that was completed in 2012 and triggering a number of façade improvements, further enhancing the uptown transformation. And most exciting, was the recent completion of our Performing Arts Center, along with an urban park/outdoor stage venue located in front. The objective has been to revitalize an uptown that was in decline; historical central business districts often go through that phase. As communities develop elsewhere, the older part of downtown deteriorates and then cities have to undertake revitalization efforts to attract new visitors.

“In our case, it was a significant change from a four-lane arterial running through the middle of downtown, to a two-lane roadway with two roundabout intersections that we’ve enhanced with some sculptures and dynamic features. That’s the first step: making it look better and enhancing the pedestrian environment. Then, inviting business owner participation: the city developed a grant program to encourage remodeling storefront façades and that has had a substantial effect. The third step is to introduce programming: the city holds a number of festivals each year along with farmers markets and other special events in the uptown to bring new visitors.

“The completion of the Performing Arts Center further intensifies the concept of extending the day; now that there’s more entertainment and restaurants opening up, the nighttime activity becomes more consistent. Continued reinvestment in the uptown is a big part of this overall objective. The streetscape project – including storm drains – was about $10 million. The Performing Arts Center and park project was a total of around $18 million. And, between grants and city dollars, the investment in façades totals about $1 million, so far.”

BVM: What do you offer residents in the way of employment and housing?

Toomey: “Our current population is about 55,000 and growing. Yucaipa is pretty much a bedroom community. We’re working to offset that, but of the 18,000 residents that have jobs, 16,000 commute to work somewhere else. And about 4,000 come in to work. So, our jobs/housing balance isn’t where we’d like it to be. Our major private employer is Sorenson Engineering; a precision, micro-machining company that makes electrical components for the defense and space sectors. They have an employee base of about 425, having doubled their employment in the last three years. The school district is our other large employer.

“Like most cities, Yucaipa wants to provide a variety of housing options. We certainly have a predominant single-family style development, but we also need to have product types for other residents in various stages of life. The City updated the uptown Specific Plan that establishes different land uses and architecture requirements for the uptown area. We densified that area to accommodate multi-story residences, to encourage residential development over commercial on our major corridor. And we added higher-density in the residential areas as well – 16 to 24 units per acre, which is pretty dense by Inland Empire East Valley standards. But it’s an appropriate location for the younger cohort that is interested in the walkable environment. There is a seniors’ affordable housing project located in uptown, as well. Both of those age groups find proximity to services beneficial, so our plan accommodates that.”

BVM: Any other major infrastructure projects on the go?

Toomey: We have a major boulevard connecting the center of town to the I-10 freeway. It’s been under construction over the last 10 years to widen it from a four-lane to a six-lane divided roadway. A recent, more complicated phase has occurred near the freeway, where street widening and sewer and water main extensions and underground transmission lines have all been undertaken in a block-and-a-half distance. It’s a $12 million project and we’re about three quarters of the way complete. This infrastructure project has also spurred a developer to undertake an adjoining commercial development – a 20-acre project including fast casual dining and a few box stores, located in a good spot for freeway access and city use.” 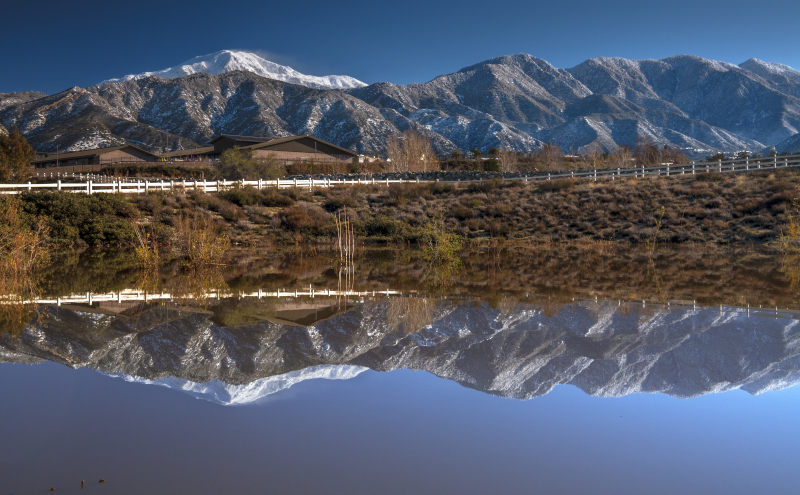 Toomey: “We’ve constructed several groundwater recharge basin projects for sustainability, so that major rainfall collects in the basin and doesn’t overburden the downstream facilities. The most recent basin project incorporates a lake adjoining a residential community that’s being planned, as well. These projects also provide opportunities for trails and natural open space. Yucaipa has the foothills and the National Forest – natural features that the City emphasizes as a tourism opportunity for horseback riding, mountain bikes, hiking, etc. Whenever the City undertakes public projects that involve open space, we also incorporate trails to connect the basins together, as well as, ultimately, to the forest.

“Where it makes sense, the city is incorporating solar power alternative energy. We have a public parking lot with carports; the police station, the Performing Arts Center, and our fire station have solar panel installations. The water and sewer services are provided by a special district, the Yucaipa Valley Water District, so part of that groundwater recharge is a result of that water district’s management. They also have invested heavily in sewage treatment plant improvements that produce recycled water that the community uses for irrigation. At some point, the recycled water will just become part of what’s being recharged into the basin and filtered down into the water table. Between the city and the district, we’re in pretty good shape for water management.”

Matlock: “We also have recharge provisions to ensure we have sustainable groundwater availability for the city at build-out. Also, during climate-related issues or drought years, we do have a surplus to maintain the level of service for everyone’s needs. An additional component of those basin projects is that it has removed a lot of properties from the FEMA 100-year flood plain, so those owners have greater security that their property will not be washed out from future climate change conditions. Those are some of our key endeavors – also ensuring that new projects utilize site-design elements that can help reduce energy usage, as well.

“We adopted a Climate Action Plan in 2015 that encourages trying to reduce greenhouse gases, to comply with state law, but also to do our part to ensure that new projects and policies further support or reinforce a lot of those efforts to reduce our carbon footprint. Right now, we’re in the process, through our regional agencies, of working on the next 10-year vision of that Climate Action Plan and the next step of evolution.”

BVM: What would you say are some of the best attributes of Yucaipa?

Matlock: “Our uptown efforts have created new restaurants, a brewery, wine shops, and a lot of entertainment options available for residents and visitors. And our trails and open space and other amenities have been well developed for high quality recreation for our citizens.”

Toomey: “From a business aspect, our city endeavors to become as business-friendly as possible, when it comes to development projects. We don’t want to get bogged down in the process, in order for them to accomplish their objective. So, we process things as quickly as we can on the entitlement/planning side and the construction side and try to keep our fees reasonable. A survey has shown that we are one of the more business-friendly communities in San Bernardino County – so those practices we have in place have been pretty effective.

“The quality of life in Yucaipa is the best. It has a low crime rate, good schools, and being at the foothills of the mountains we get hot summers, snow in the winter, and the air and water are cleaner. It’s a really great place to live and be culturally enriched. Yucaipa, in the past, was known as a sleepy little community but now we’re emerging and becoming well-known for quality of life.”

What: A progressive foothill city; population 58,000