Business View Magazine interviews Richard Lant, VP of Operations at the Aviva Centre, as part of our focus on best practices of Canadian sports venues. 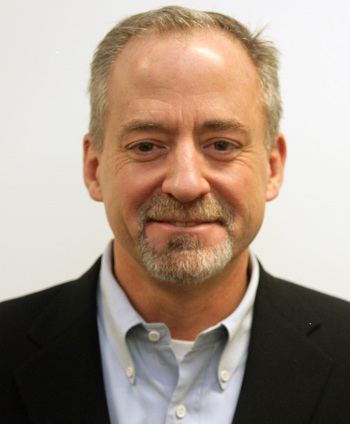 Tennis Canada is a proud member of the International Tennis Federation, the Canadian Olympic Committee, the Canadian Paralympic Committee and the International Wheelchair Tennis Association, and serves to administer, sponsor, and select the teams for Davis Cup, Fed Cup, the Olympic and Paralympic Games, and all wheelchair, junior, and senior national teams. As a non-profit organization, Tennis Canada invests its surplus into tennis development. It

Tennis Canada owns and operates . The Rogers Cup, presented by National Bank, is a joint men’s and women’s competition which attracts the top players in the world. For men, the Rogers Cup is a Masters 1000 event on the Association of Tennis Professionals (ATP) tour; for women, it is a Premier 5 event on the Women’s Tennis Association (WTA) tour. In odd-numbered years, the men’s tournament is held in Montreal, at the Stade IGA, while the women’s tournament is held in Toronto, at the Aviva Centre, and vice versa in even-numbered years.

Spread over 15 acres, the Aviva Centre was established in 2004, adjacent to the campus of Toronto’s York University. It was built to replace the National Tennis Centre, which was demolished in 2003. “We had severely outgrown our former location and it was time for us to make a significant investment and build a world-class facility that was in line with the level of the tournament that was being played,” says Richard Lant, Vice President of Operations.

According to Lant, the Aviva Centre plays a dual role. On the forehand, it is home to the Toronto offices of the not-for-profit, Tennis Canada, with a mandate to carry out its mission, which is to grow the sport of tennis within Canada. So, it offers a range of programs for athletes, coaches, and the community. On the backhand, the Aviva Centre is a commercial entity, with a responsibility to generate ancillary revenue. Lant reports that 85 percent of Tennis Canada’s revenue comes from the operation of the two annual Rogers Cup events, with the rest made up, in part, by ancillary event business such as renting space to York University for graduation ceremonies, exams, and concerts among other uses, as well as to various groups in the community, such as the Ontario Real Estate Association.

Aviva Centre’s main venue is Stadium Court with a capacity of 12,500. Its circular design and outdoor atmosphere make it the perfect backdrop for the Rogers Cup, held every summer, as well as concerts and events. Also, there is a total of up to 16, hard-surface tennis courts. The Centre of Excellence is an indoor facility, consisting of 35,000 square feet of column-free space. The venue can be configured in a variety of ways as supplemental space to an event at the stadium, or as host to an event on its own. During the winter months, when the outdoor courts are snowbound, it is converted into four indoor courts. “So tennis is played seven days a week, sixteen hours a day, throughout the year, and that expands to the outdoor courts, once the snow melts,” says Lant. 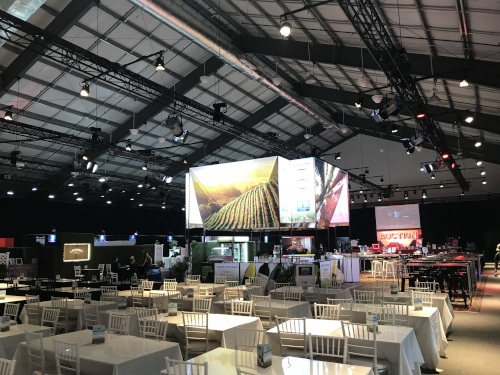 Year round, the Centre has just under a hundred employees. “The tournament may be one week during the summer, but the tasks that go into producing the Rogers Cupis a year-round business,” says Lant, “whether it be sponsorship programs, the analysis and budgeting that takes place in the fall, that swings into the planning once you get into the new year. On top of that, when we get to the summer months, there are a significant number of students, consultants, and part-time contractors that we hire to help us ramp up for the tournament requirements.”

Keeping the Centre up to an ever-increasing level of high standards is always on Lant’s agenda. “We need to make sure that our facility is current, that it maintains world-class standards, and that we provide the amenities that players are looking for,” he states. “We had a significant capital program that was done last year to upgrade the locker room. As needs evolve and players have more support teams, we expanded the locker room to about twice the square footage, added sports medicine areas, and put in some amenities.”

Keeping the facility current also includes upgrading its lighting system. “We’re in the process of switching all our lighting to LED,” Lant notes. “That goes beyond the offices and the outside courts that we added over the last few years, to the inside tennis courts. And we’re about halfway done.” The Centre also partners with York University for operational support, which includes participation in the school’s “green” programs and practices.

Going forward, Lant says that he would like to develop the Centre in some other areas, such as providing an indoor running track, more indoor tennis courts, and an increased use of state-of-the-art feedback technology for teaching and coaching. “A lot further down the road, we’re exploring the option to put on a retractable roof,” he avers. “That’s a big ticket item and probably not something we can fund on our own.”

Meanwhile, the Aviva Centre will continue in its dual, and decidedly, singular, role. There’s the not-for-profit association: “There aren’t other national organizations for tennis in Canada,” says Lant. “We’re it.” And there’s the commercial business: “We are the only purpose-built, pro-tennis facility in Canada. In terms of a major tennis stadium for this level of competition; we’re the only one. So, we’re very unique from that standpoint.”

WHO: The Aviva Centre

WHAT: A multipurpose sports and entertainment complex.