Rocco Sinisgalli was a man with plan. As far back as the second grade.
The precocious Utica, N.Y.-raised youngster, when asked by a teacher what he wanted to be when he grew up, went off the typical superhero, athlete script and said he wanted instead to own his own building and home remodeling company.

“Probably because it seemed like nothing ever got fixed in our house,” he said. “My father was an old-school Italian gambler, and when something needed to be fixed it meant you used duct tape and a butter knife.”

The tools of the trade have improved significantly these days, which find Sinisgalli ensconced as president of Oneida Builders, the business he founded in greater Atlanta 17 years ago. 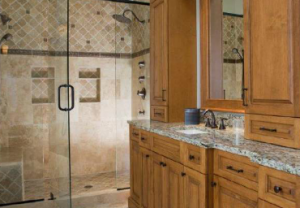 His climb from second-grade dreamer to grown-up executive included more than 10 years as a carpenter for a customer home builder in Utica. He ultimately eschewed the upstate New York winters for the more temperate Southeast, and took advantage of a building boom in Georgia’s largest city.

“I got smart one day, on a day when it was about 8 below zero,” he said, “I decided to pack up my truck and head south.”

He worked with various builders on a number of projects for his first year in the new surroundings, then made the leap and opened Oneida Builders in 1997. Business grew from both repeat customers and referrals, and he’s since established a presence as the “Green Guru” thanks to a stint as a television host and some additional radio work focused on home remodeling and sustainable building practices.

And, as electricity prices have soared, his additional expertise has paid off handsomely.

“Some customers have air conditioning running for nine months of the year and heat running three months out of the year, but no idea about how much energy they’re using,” he said. “Some have no interest in embracing the efficiencies which come from green practices, but I’ll ask them, ‘If I take my drill and drive five pinholes in your gas tank, would you spend the $2,000 to repair it?’ Most will say, ‘Of course,’ because they’re concerned about wasting gas.

“I tell them it shouldn’t be any different when it comes to energy being wasted, they might have 50 percent of their air leaking air through ducts. So I try to educate them on solutions to overcome these problems, and I never recommend a green practice that I haven’t already done in my own house.”

He’s working with national green products manufacturers to promote greater awareness of construction and remodeling practices that enhance greater sustainability. The improvements he endorses not only enhance the physical well-being of the inhabitants of a given home, but boost its resale value, too.

In fact, providing education when it comes to home appraisals is his next significant challenge.
“Mortgage companies don’t get it 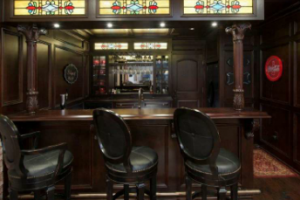 right now, but that will change one day,” Sinisgalli said. “Every builder and renovator would start focusing on green if it would mean getting even one lower point on a mortgage rate, and I think that will eventually happen. It’s a slow process, but I shoot for the moon and hope to land on a star someday.”

The company’s range of general contracting services include residential restoration, design and construction across kitchens, bathrooms, basements and bedrooms. And having a craftsman and carpenter in the corner office doesn’t hurt either, he said, when it comes to portraying expertise.

Also in the tool kit is a comfort level when searching for collaboration and communication.

“Most people think of me as a builder or remodeler,” he said, “but sometimes I feel more like a marriage counselor.”

AT A GLANCE
WHO: Oneida Builders
WHAT: Home remodeling company whose specialties include high-quality kitchen renovations, bathroom remodeling, sunrooms and decks
WHERE: Dunwoody, Ga.
WEBSITE: www.OneidaBuilders.net 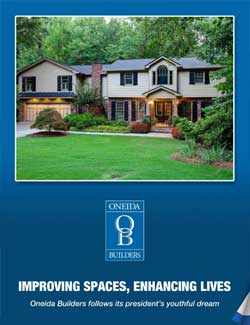