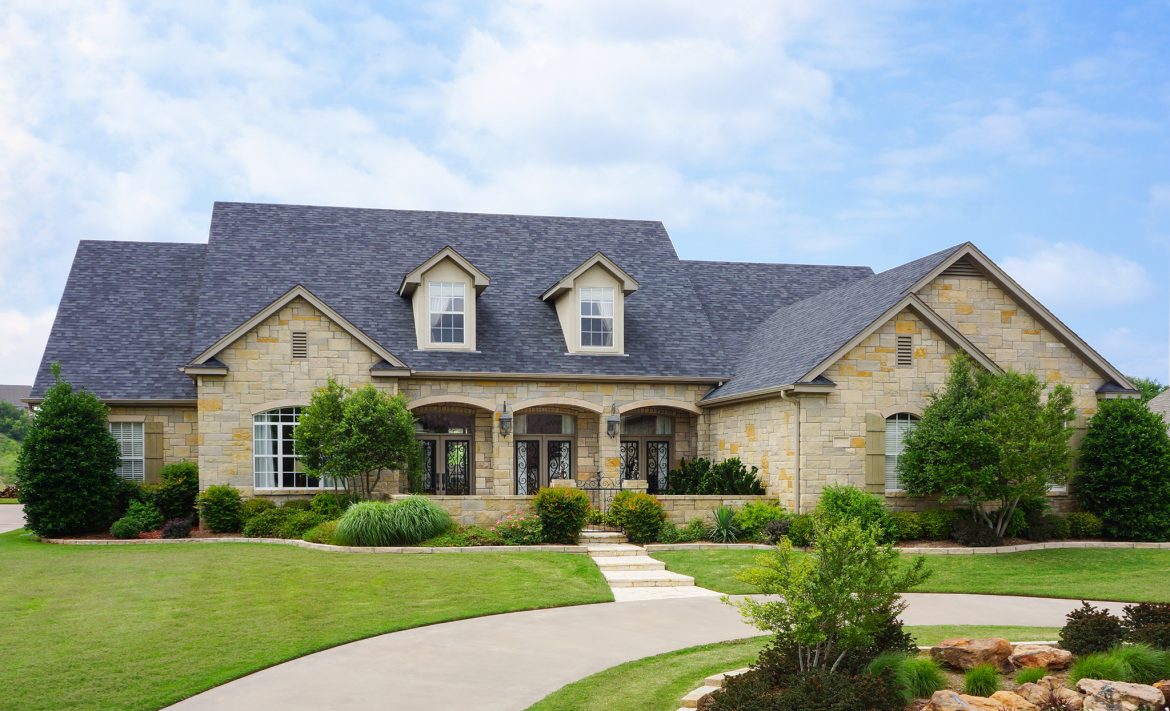 The pride of Texoma

RJ Wachsman Homes is one of the leading builders of new homes in Wichita Falls, and the Texoma area of north Texas. “My father started the company in 1978,” says J. Tanner Wachsman, the company’s Vice President since 2016. “He started laying brick and stone in high school and college, and continued doing that all over Texas. He came back to Wichita Falls, where we live, build and develop. He was working for various builders and thought that he could do the job better than they could. He grew up in a big family – five brothers and five sisters – and started the company with the help of his three brothers, Jeff, Sharp, and Ronnie, and his sister Cindy. In essence, RJ Wachsman Homes is a family business – then and now.”

From the beginning, everything was done in-house – design, interiors, staging, and marketing. “We initially started by purchasing single lots and building custom homes that people would approach us about,” says RJ, Founder and Company President. “Once we started growing, we had more family members come aboard, including my mom and younger sister. The projects we build on a yearly basis now include starter homes all the way up to one-of-a-kind, luxury custom homes. After I found myself wanting to control more of the process – that’s when I went into land development.”

“At this point, we’re what you would call a builder/developer,” Tanner continues. “We take the raw land, we complete all engineering, build the streets, and we save the lots for ourselves. We don’t sell any lots to other builders. All the neighborhoods are proprietary – where we have complete architectural and quality control, which helps home values in the area. That all began in 1986 with the first neighborhood. Over the past few decades, RJ would build those up, finish them, and start another one. Now, we have three neighborhoods with homes of various price ranges and sizes. Our projects are solely in Wichita Falls and the surrounding Texoma area in the north Texas region near the Oklahoma border.”

In addition to those three neighborhoods – Southfork, where houses range from the mid-to-upper-$200Ks; Starwood – from the low $300Ks; and Lake Wellington Estates – from the upper $300Ks; plans are already underway to start another one: Trophy Park in southwest Wichita Falls. RJ adds that if a customer has a lot, or wants to build on a lot in a different neighborhood, or out in the countryside, or on some lake frontage, the company will build there, as well. “It all depends on the project size and requirements,” he explains.

The company also builds spec homes. “And, what sometimes begins as a spec home may not stay a spec home,” RJ says. “We let people view home floor plans and the properties before they’ve reached complete fruition, and if they want to enter into contract on a particular home at whatever stage it’s at, they can potentially come in and make it their own, so to speak.”

As a builder of anywhere from 25 to 50 homes a year, Tanner says that what differentiates RJ Wachsman Homes is the company’s attention to detail. “We’re not a large area builder, but we’re hands-on and intimately part of the projects,” he states. “We are at a level of production where we can have that close oversight of each home and each project from the foundation through the final touches. It’s a very personal, intimate, family-centric experience. We’re not afraid to get dirty; we work through challenges as they arise directly, rather than delegating them to somebody else. We’re not going to let a sub-contractor make important decisions about how the home comes out aesthetically or in terms of functionality. We have standards of quality, and we’re not leaving that for others to decide. We monitor what our people do very, very closely – a lot closer than what our competitors offer in the area. That’s why we’re able to set our homes and our products apart from the crowd.”

Tanner says that the company is constantly adding new phases to its proprietary developments – preparing new lots and building more homes, while attempting to stay with its core competencies and keep building quality high. “What’s driving us in the near term is to continue to do what we’ve always done in a way where we build the product the best we know how,” he declares.

As for the future, he reports that the company’s seven employees are focusing on how to continue the company after the family members – his aunts and uncles – retire. “But we don’t want to sacrifice any quality, whatsoever,” he maintains. “We want to form the foundation for continued excellence in the company through new employees and in different areas of growth. We also want to be able to provide the latest in technologies for our clients, whether it’s green technology to make the homes more efficient, or if it’s just the comfort controls of a smart home. None of this is for the sake of technology itself, either. We only want to take advantage of things that improve our client’s home living experience.”

Keeping the customer satisfied is what has allowed RJ Wachsman Homes to be named Texoma’s Best Home Builder for the last eight consecutive years, and, more than likely, for many years to come.

Check out this handpicked feature on Wichita Falls Texas.

WHAT: A leading builder of new homes 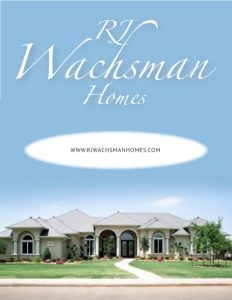