The City of SeaTac – Charting the course for growth

The City of SeaTac

Charting the course for growth

Business View Magazine interviews representatives from SeaTac, WA, as part of our focus on best business practices of American cities.

February 2018 marked the 28th anniversary of the City of SeaTac, Washington. While young and modest in size at 10 square miles, SeaTac is a compact and bustling community with a resident population of 28,850 that grows to 171,000 during daytime hours due to the large employment base and the traveling public. And SeaTac is growing – largely due to its location. Situated halfway between Seattle and Tacoma, Washington, the city is home to the Seattle–Tacoma International Airport – the 9th largest airport in terms of passenger count, and one of the fastest-growing in the United States. 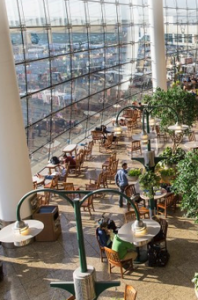 “Everything we do commercially and economically is tied, in some fashion, to the airport,” says City Manager, Joe Scorcio. “Not just the hotels, but all of the corollary businesses that support the airport. We’ve got about $465 million worth of construction going on outside of the airport and a comparable amount of activity going on inside the airport – nearly a billion dollars of active construction.”  So, SeaTac capitalizes on its interconnectedness with the airport, developing around its transportation channels to support its businesses and residents. Indeed, the city slogan is: “everywhere’s possible.”

Jeff Robinson, SeaTac’s Community and Economic Development Director, talks about the city’s current and future connectivity: “We are already at the hub of interstate and state highways, the international airport, and three light rail stations that feed to the north, downtown Seattle, and the University of Washington,” he notes. And these connections will soon reach the east side of Lake Washington, the suburbs of Bellevue and Kirkland and south to Tacoma – regions that are experiencing development as well.

“One of the biggest infrastructure projects that we just completed was the 28th/24th Avenue Extension, which connected us to the neighboring city of Des Moines and opened up quite a bit of real estate in both cities for economic development activity,” Robinson says. This endeavor will not only bolster employment within the area, but also enhance the existing transportation routes, providing direct access to the airport from the south, which will help with traffic problems and congestion issues on International Boulevard, which serves as the major north / south thoroughfare in the city.

One of SeaTac’s newest private developments, planned as a consequence of the 28th/24th Avenue Extension, will be a 460,000-square-foot industrial building in the Des Moines Creek North Business Park that is being constructed by Trammel Crow – a project that will create approximately 400 new, permanent jobs. The building is a result of an overall development strategy that, according to Robinson, “has and will continue to play a huge role in the economic health of the city.”

Economic vitality in SeaTac also means maintaining a large portfolio of lodging options. “We’re a 24-hour city,” Scorcio states. “We have a tremendous amount of hotels in the city. We are in the process right now of adding around fourteen hundred hotel rooms in the city, which will bring the total to approximately six thousand.”

Another large project soon to break ground is a new addition to the corporate headquarters of Alaska Airlines, which already calls SeaTac its home. Construction for a new campus, to be called Copper River, will begin this summer on property recently bought by the airline. The project will include the redevelopment of an old hotel and apartment site.

Because SeaTac has little room for expansion, and is surrounded by other jurisdictions, much of its growth and expansion is, necessarily, infill. “What little parcels there are, are acres – not hundreds of acres,” Scorcio explains. “So, we do not have a comprehensive growth plan in that sense; we have a redevelopment plan for the city. Virtually everything that occurs in the city means something else being torn down and something new is built in its place – which, for a suburban city is another thing that makes us unique. Normally, only a big central city gets to that point, while suburban cities get to stretch and grow. We’re redeveloping within our footprint.”

While the state of Washington does not give its cities 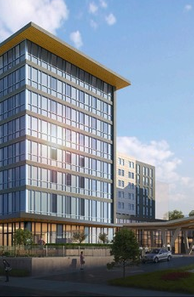 much opportunity to offer incentives to developers, Robinson believes that SeaTac still has some built-in advantages that are attractive to developers. “One of the benefits of doing business here in SeaTac is that we don’t have any local business and occupation tax,” he explains. “We have no utility tax. We have a business license fee based on the number of employees, but not taxes per employee. We’re a low-tax city and I think that helps bring people into town to do business.”

Another advantage is SeaTac’s relative economic strength, and its streamlined permitting processes. “We’ve been able to manage the city in a fiscally responsible manner over the last few years,” Scorcio says. “We have no debt as a city. We have strong strategic reserves in all our funds and accounts. The city is run very much, and effectively, like a business. And we’ve spent the last five years significantly streamlining our development regulations and processes. If you’re a suburban city that’s growing, and you’re doing new housing developments and new subdivisions, you have a very different development code than one that is based almost entirely on redeveloping everything. You just have to have different standards, and we finally have a development code that reflects that.”

In terms of residential development, Scorcio mentions two types: “We are still seeing apartment development at two levels – market rate and senior housing – both of them driven mostly by proximity to light rail and our bus rapid ride system. There are still some larger tracts of land where some traditional single family housing is going in – larger in the sense of maybe a dozen homes, but no large subdivisions.” Regarding its population, SeaTac is an extremely diverse community – a minority-majority municipality in terms of its ethnic makeup with approximately 70 languages spoken by its residents.

And then there’s the airport, whose relationship with the city is synergistic. Scorcio explains, “We have a new ILA, an interlocal agreement with the Port of Seattle, the managing entity of Sea-Tac International Airport that is part development agreement and part relationship agreement. We’ve had an interlocal agreement with them for 22 years but just last February, the newest version of the agreement went into effect and it is radically different from its predecessors. It’s now based on the idea that as the airport succeeds and grows – the city succeeds and grows with it.”

“The airport cannot pay property taxes, because it’s a separate government entity,” Scorcio continues, “but they have agreed to pay a community relief amount that compensates, in part, for not paying property taxes to the city. We are able to provide police officers and provide some general government support that normally property taxes would pay for. Airports are very different than other private development because the types of buildings and infrastructure they have to have is unique to airports. And so, our agreement with them recognizes those unique features and allows us to move smoothly through them. We’re working hand-in-hand on transportation projects at a new level. We have a streamlined permitting system that expedites the ability for the airport to grow and do what it needs to do.”

“So, this is a watershed moment for the city,” says Scorcio, in conclusion. “Because it now allows us to address the fact that we have a very large property owner – 42 percent of the city is the airport – that is now contributing to helping make our city better, stronger, and safer, as we move forward.”

Check out this handpicked feature on Lubbock Preston Smith International Airport – A lot going on.

WHO: The City of SeaTac

WHERE: Northwest Washington, between Seattle and Tacoma 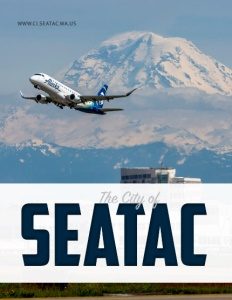