The Georgia State Stadium – Home of the Panthers

Home of the Panthers

The Georgia State Stadium is a college football stadium in Atlanta, Georgia. It is the home of the Georgia State University Panthers football team, as of the 2017 season, replacing the Georgia Dome which had served as their home stadium from the program’s inception in 2010 until 2016. “Construction of the stadium started in the early ‘90s, when the City of Atlanta won the bid for the ’96 Olympic Games,” says Patrick Hatcher, Associate Athletic Director for Facilities & Operations. “It was built for the opening and closing ceremonies and track and field events.” 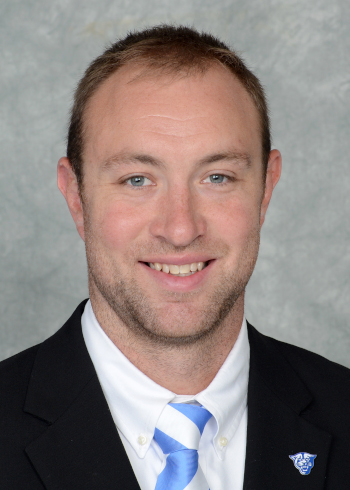 After the 1996 Summer Paralympics, which followed the Olympics, the 85,000-seat Olympic Stadium went through its first conversion – it was reconfigured into the baseball-specific Turner Field, which served as the home of the Atlanta Braves of Major League Baseball from 1997 until 2016. Much of the north end of the stadium was removed in order to convert it to its permanent use as a 49,000-seat baseball park. “It was actually built in order to be reconstructed into baseball,” says Hatcher. “It was used for about 40 days and, immediately, they started the changeover into a baseball stadium; they picked up sections of the building and moved them into a diamond shape rather than an oval.”

In 2013, the Braves announced that they would vacate Turner Field upon the expiration of their lease in 2016, after negotiations between the team and the city of Atlanta to extend the lease broke down. So, in 2014, Georgia State University announced its intentions to pursue the 77-acre Turner Field site for a mixed use development and a reconfiguration of the baseball stadium into one suitable for football. In 2016, the University and the Atlanta-Fulton County Recreation Authority reached a tentative purchase agreement for Turner Field, which was subsequently approved by the Board of Regents of the University System of Georgia.

“It was a win-win-win all the way around,” Hatcher continues. “The city was really excited because this used to be a city facility that the Braves were tenants in. And since it didn’t have a major league baseball team as a tenant to operate it, they were excited to not have a lot of those operating expenses to keep the building running. So the city got rid of it, and we ended up transforming it into our home football stadium, which is now where we’ll play for a long time. On January 1, 2017, we moved in and we’ve been operating ever since. We ended up hiring JE Dunn Construction to do the remodel into a college football stadium. They started work in April and they finished in August; we played our first football game the last week of August. We opened with 25,000 seats, which is the club level down, inside of the football footprint. As we continue to grow and build a tradition of winning football, we hope to open it up to another 10,000 seats in the upper deck.” 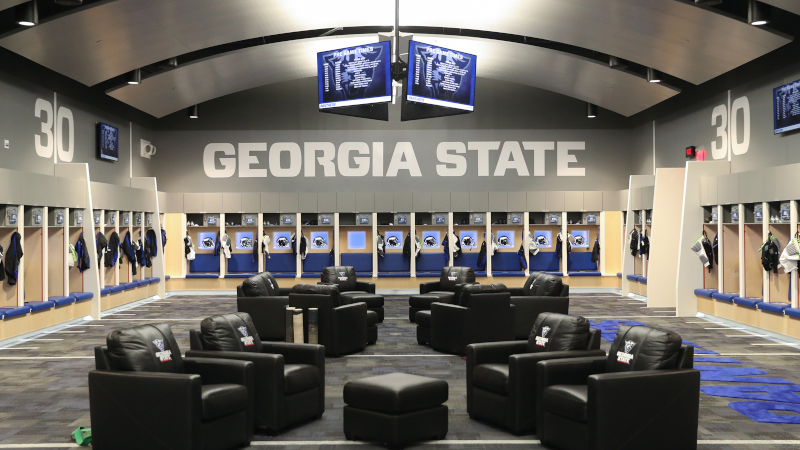 In addition to hosting the school’s six home football games from Labor Day weekend through the first week of December, Hatcher notes that the stadium is home to many other events, as well: “We just got done hosting the Premier Lacrosse League; we hosted the Atlanta Legends of the AFF League; we’re having multiple high school games; we’re having some Atlanta public school games; and then we’re going to have the high school state championships in December. We also do all sorts of charity 5Ks and things like that. We have a standard rental cost depending on what spaces someone would use; we handle staffing and pass on those expenses to the renter. The first year, we tried to do the concessions in-house but in the second season, we contracted with a local concession company here in town, Premier Events. They handle all of our food and beverage and our alcohol sales. We sell beer and wine to anyone over 21 unless it’s a high school function.

“When we don’t have to utilize the entire seating bowl and the field, we do utilize the other spaces in the building, like the front plaza, which is about 10-11,000 square feet of space; we actually had a really big car show out there. But this is a university building that has a football field in the middle of it, so we do have our GSU commencements and our Georgia state students and student-athletes definitely come first. If any type of concert – like we had the Foo Fighters last April – that type of thing will take a back seat to our student-athletes or a football game.”

Since the stadium is now part of the university, it is able to take advantage of the campus’ sustainable programs, including its recycling department, which has moved into the facility. “They bring all the stuff from campus, which is only about a mile up the road,” Hatcher says. “We’re actually the only people in the city to have a Styrofoam densifier in-house. Georgia Tech and other places around the city bring their Styrofoam to us and we recycle it for them. We’ve got a really nice recycling center here that is more than just game-day bottles and cans; it does a lot of the shredding and a lot of the plastic recycling that we now have the square footage to be able to implement.”

According to Hatcher, one of the key advantages of repurposing a building that was already in use is that so much didn’t have to be done from scratch. “There are a lot of really good pieces,” he says.  “We’re using 50 of the suites, the bathrooms, the concourses, things like that. The city or state didn’t have to invest double the amount of money to get what we needed.” 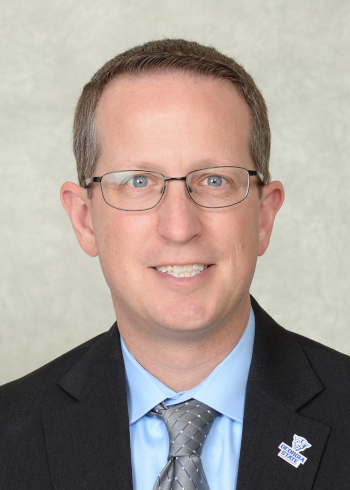 Mike Holmes, Associate Athletic Director for Communications, adds that having its own permanent home gives the university community something to be proud of, while also acting as a recruiting tool for potential new student-players. He remarks, “Here, we can really make it home – paint a wall blue, or put up a Georgia State graphic. Part of our business is alluring 16 and 17-year-old recruits who want to come here and play. We’re working on a trophy room, right now, so when they come in on recruiting weekend, they see that, even though it may only be nine years, there’s still a lot that’s gone on during that time. And that’s been stuff that we weren’t able to do when we weren’t playing in our own stadium.”

Hatcher agrees. “This is the home of our football team,” he states in conclusion. “We built them a locker room, coach’s offices, meeting rooms, weight room, training room – our team fully operates out of here. So, any time someone brings a high school junior or senior here, they are showing them this building and getting those better recruits to play for us in order to make us a better team. Mike was talking about the trophy room – we’ve had football for nine seasons now. We’ve been to two Bowl games and we’ve won one. I think that’s pretty amazing.”

WHO: The Georgia State Stadium

Argus was founded in 2002 and today is one of the premier providers of security and event staffing services in the Atlanta marketplace. Although the services we offer change from venue to venue, the one constant is our focus on customer satisfaction and venue security. Our team members receive extensive security training designed to ensure the protection of your temporary event staffing basis. More importantly, they have an eye for detail – carefully following established security regulations while maintaining control over key venue access points. It’s our commitment to client care and focus on fostering and maintaining a secure venue environment that has helped us reach the level of success we enjoy today.

Formetco is a leading manufacturer of high resolution indoor and outdoor LED video scoreboards with flexible financing plans for any budget.  Sports packages feature integrated sound systems, control rooms, easy to use multi-sports scoring, and video cameras.  All Formetco solutions come backed by the best warranties in the industry, and unparalleled on-going service and support seven days a week.