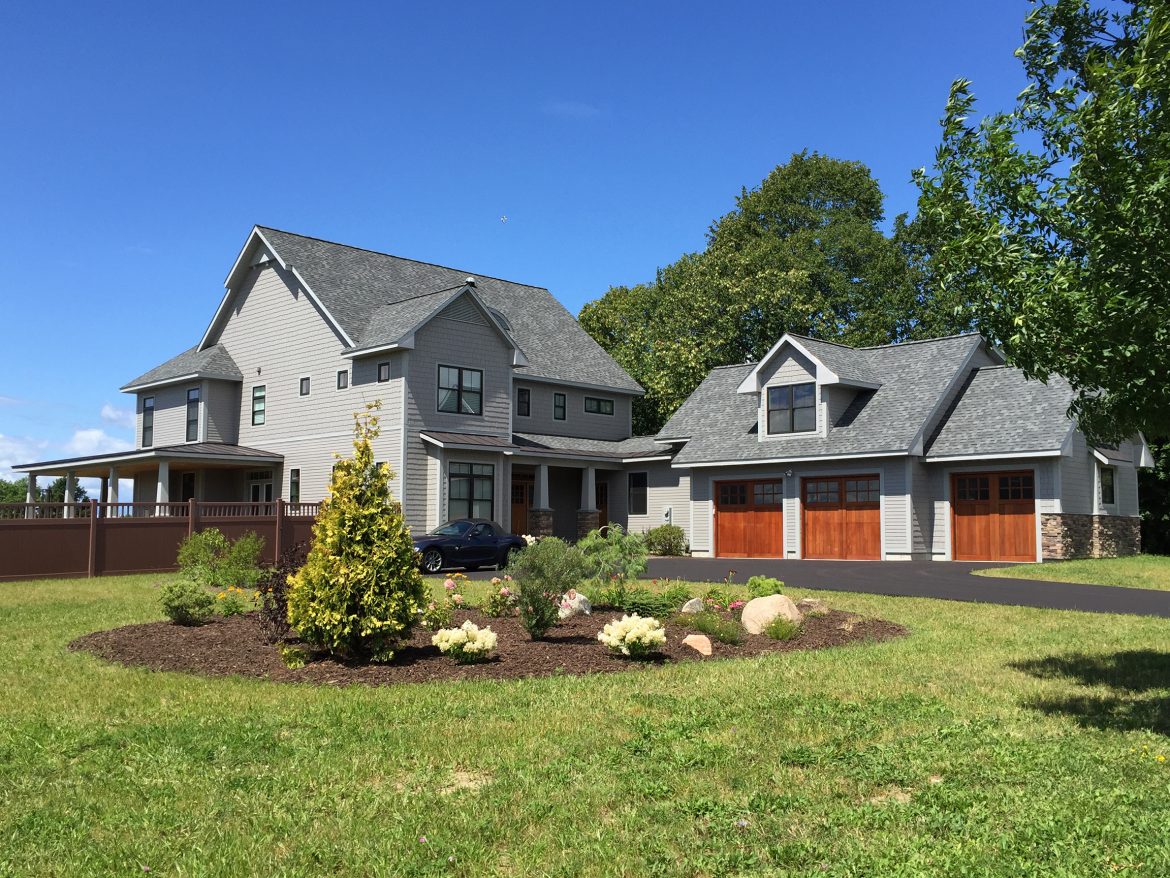 For Adam Hergenrother, Founder & CEO of Adam Hergenrother Companies in South Burlington, Vermont, it was those “aha” moments that led him to his current professional life as a serial entrepreneur and the head of several businesses whose ethos is constant growth for his employees and continual disruption of the status quo.

“When I was 15 years old in high school, I was a hundred pounds overweight, I was failing classes, I was not applying myself, and one day I came home and I started crying; I cried the entire night,” Hergenrother begins. “I didn’t know what my life was going to look like; I just realized that this was not what life was supposed to be. So, I made a decision at that moment to stop hanging out with the people I was hanging out with and that I was going to change my life around. That year, I lost a hundred pounds, I ended up becoming captain of my football team, and I decided that I was never going to to live in mediocrity. And most importantly, I was never going to live anybody else’s life.”

The next “aha” moment came a few years later, in college, when Hergenrother learned the value of leverage, and how money and other people could contribute to his own well being: “I had a friend whose dad owned a car dealership and he said, ‘Hey, would you want to go in $500 each on buying a car.’ And I said, ‘Sure.’ It was all the money I had at the time. I never saw the vehicle; he went and bought it. He fixed it up a little bit and within two weeks, he sold it and we doubled our money. It was the moment that I felt what it was like to leverage an opportunity by using your own money and how it can be invested. I never saw the car, I was never involved, but I got a great return.”

Hergenrother relates that he and his friend made some $70,000 flipping cars. He took some of the money to buy his first piece of real estate – a condo unit that he bought with his brother, Tom, which they eventually sold for a $65,000 profit. He continued to dabble in real estate while working as a financial controller when the next “aha” moment occurred. “I always showed up, I worked hard, I got everything done. But, I literally had bosses tell me, ‘Stop doing things so fast, you’re making us look bad.’ That was another ‘aha’ moment in my life. I cannot not be growing, so therefore I needed to go out and do my own thing. So, my decision to really get into real estate was not about real estate; it was to build a company that I owned so nobody could ever place a limit on my thinking.”

Hergenrother hit the ground running. He got his real estate license and started building a team of agents in order to recreate the type of leverage he remembered from flipping cars in college. “I wanted to get back to that place where I had people that I could lead and direct,” he states. “I realized that I didn’t want to sell real estate, I just liked owning and building real estate and I wanted to keep growing through other people.” In 2010, he opened up the first Keller Williams Realty office in Vermont, which is now the largest real estate company in the state. “We started with four people and now we’ve got 140 people here,” he reports.

In 2012, he launched BlackRock Construction. “My brother was a sole proprietor of a construction company, building several custom homes a year and I had continued buying real estate and flipping a few things here and there, holding on to some assets. And I said, ‘Hey Tommy, I’m going to start a construction company and add it to my portfolio to fill my vision of being everything real estate, do you want to do this?’ And he said, ‘Absolutely.’” BlackRock does both residential and commercial construction and development. It has over 700 units in its pipeline – homes, senior care facilities, apartments, and luxury rentals.

In 2016, Hergenrother launched Adam Hergenrother Training Organization as a way to formalize and disseminate the lessons he has learned and applied in his own businesses over the years. “We do a lot of business building training,” he explains, “from loan officers to real estate agents to other construction companies. Our focus is designed to help people grow personally and professionally and to use business as a conduit for their own personal growth.”

Hergenrother applies that model most assiduously in his own operations. “We focus on being a company of personal and professional growth; from the beginning, we’ve fostered that,” he states. “We’ve got 250-plus people in our organization, now, and we have no set hours for our employees, because we’re a results-oriented company. We have unlimited paid vacation, so people can come and go as they need, and most importantly, we put so much training into our people. We have two to three training classes per day that people can take – some are online, some are live. We’ve got 18 percent of our workforce in Transcendental Meditation; we pay for our folks to have trainers. We do health and wellness days. We do yoga in the morning. So, we’re pouring back into our people. If we take care of our employees, they’ll take care of our clients. The most important reason we do all this is to continue living the vision and brand of who we are.”

Hergenrother also believes in disrupting the status quo of the real estate and construction industries, changing how business gets done. “What we’re doing with our clients, through our brand, is creating experiences,” he maintains. “So whether it’s a 200-unit development that we’re permitting, instead of just putting in houses, we’re creating an experience in the development – whether that’s an ice rink, a playground, or even a harvest farm, we’re putting them in there. We’re creating large sub-divisions that aren’t just houses; we’re creating the experience within that development so that people can live, work, and play in their communities. We build healthcare campuses and we bring in luxury movie theaters. We design them with the experience in mind. That’s on the construction side. The same thing on the real estate side – we’re disrupting the consumer experience.”

One example of that type of consumer “disruption” is the use of technology in the company’s Assisted Living buildings that allows people to track the movement and activities of their parents and grandparents. Another example of Hergenrother’s vision is having prospective home buyers using Google glasses to see every home in the company’s portfolio before visiting them, and then only choosing the ones they want to physically inspect. “It’s the same thing on the development side,” Hergenrother adds. “My vision is that a client comes in for a floor plan, they put on a pair of goggles, and it’s as if they’re walking through their finished home before it’s even constructed. They can change colors, they can change the wood, they can change the carpet. That component will disrupt the industry to save time, money, and energy.”

Most importantly, however, may be Hergenrother’s desire to see others experience similar “aha” moments in their own personal and professional lives. “I wake up every day to embrace life’s experiences so I can create a world large enough for all of my team members to achieve any one of their goals,” he declares. “So that the most talented people in my world never have to leave because they can see themselves being as successful as possible within my world.” 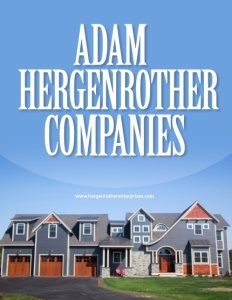