“Aluminum is the most versatile metal out there, simply because you can impact the end result through multiple venues. It can be extruded, aged, tempered, machined, painted, and anodized.” That affirmative statement, encapsulating the versatility of what has been called “the miracle metal,” is voiced by Brigette Douglass, Director of Sales and Operations of Aluminum Shapes LLC, North America’s largest, one-stop, aluminum extrusion facility.

Based in Delair, New Jersey, Aluminum Shapes, the appropriately named company – especially when one considers the endless array of shapes into which aluminum can be crafted – was founded in 1952, by Ben Corson. According to John Suddreth, Vice President of Operations, Corson originally had a window manufacturing company, but circumstances helped usher him into another line of work. “He was having a hard time getting supplies, so he went out and bought a press and started extruding his own aluminum,” Suddreth says. “He grew the press side of the company and eventually started supplying other window manufacturing companies, and over time he got out of the window business, and built the aluminum extrusion one.”

According to Douglass, Corson also saw the benefits that could accrue to the wider community from the scaling up a large manufacturing concern in the area. “Ben’s goal was to give back to the community. He was a huge part of the community here, and he recognized that there was a need for this sort of manufacturing – both for jobs in the area, its development, as well as the income that could be generated from manufacturing,” she says. “The driving force was always giving back to the community, while growing the business organically.” The company continues that community focus today through its use of solar energy and methane gas from the adjoining clean fill park that supplies 75 percent of its power to its employee, community volunteerism program.

Aluminum Shapes business did, indeed, grow. Between 1959 and 1996, the company made significant equipment improvements and technical advances, including the installation of large press lines, fully automating its anodizing line, and expanding into new business lines and markets. Recognition of Aluminum Shapes’ growth, versatility, and ability to deliver on large scale extrusion projects came in 1985, when it was selected as the sole extruder/fabricator of aluminum used to construct the scaffolding for the renovation of the Statue of Liberty. Then again in 1998, the company was selected to provide aluminum scaffolding for the renovation of the Washington Monument.

In 2008 the Corson family sold Aluminum Shapes. Owned by a private equity group and a corporate entity, the company still retains its family- owned focus. With this ownership change, Aluminum Shapes has successfully repositioned itself from operating as a low cost provider of standard products to a highly responsive, value-added, custom aluminum product manufacturer. Today, it has grown into a fully integrated company, offering the widest range of production and distribution capabilities in the industry. It employs about 400 people at its one facility, in which all of its operations take place. “Most companies our size would not do that in a single location,” says Douglass. “It is unusual for a single-site location to have the casting potential and production ability that we have.”

“We have a broad range of capabilities,” echoes Suddreth. “It starts with the billets. We have our own foundry so we cast our own metal.” (A “billet” of aluminum is a block of solid aluminum that is forged at the foundry.) “Aluminum oxide, alloyed elements, scraps – all of that goes into the foundry and we cast our own billets,” says Douglass. “And we’ve just put in additional foundry capabilities which increase our ability to utilize scrap. “We don’t smelt our own aluminum,” adds Suddreth. “It’s more of a re-melt. We take aluminum ‘prime’ and we alloy it into the various alloys that you would use to make different products.”

The range of those different products that Aluminum Shapes manufactures is truly prodigious, as are the various markets which the company supplies with its high quality components and subassemblies that utilize a combination of extrusions, fabrications, welding, anodizing, and painting. The industries it services include: Distribution; Transportation; Building & Construction; Durable Consumer Goods; Electrical; Machinery & Equipment; Automotive; Architectural; and Energy.

“A company can come to us and we can pretty much make anything in the market,” declares Suddreth. “Take transportation – go look at a tractor-trailer truck. You’re going to see the big I-beams on the bottom. We can do those. The floorboards – we can do those. The little side rails – we can do those. The upright post – we can do that. Those all require a different size press. And then, we have a lot of down-stream operations: we have anodizing and finishing that we can provide for customers. It’s a one-stop- shop, so if you need an anodized product, we can cast it, extrude it, anodize it, and send it to you. We also have machining and punch presses and we do a lot of secondary operations on CNC (Computerized Numerical Control) machines. So, we can provide a customer a fully-machined component to go into their operation.”

Douglass completes the list of one-stop-shop services that Aluminum Shapes offers: “And finally, with all of that capability, our customers will often come to us and ask for us to fully package the project so that it’s kitted; so that either they can install it out in the field or they can sell it to their customer after it leaves our place.”
But what truly sets Aluminum Shapes apart from its competition is not just its fully integrated range of services coupled with its ability to provide end-to-end production capabilities for its clients, but rather its dedication to ongoing creativity, problem-solving, quality workmanship, and, according to Douglass, “the desire to build the next generation of opportunities in aluminum.” She elaborates: “A typical customer that comes to us is somebody who is taking on a challenge to do something new in the industry; somebody who has an idea, or wants to do something different than has been done in the past. Every single person here takes a lot of pride in being an expert. When a customer comes to us and says ‘I have something that has never been done; I’m not sure about, what do you think?’ We put together a team very quickly that will say, ‘This will work, this won’t work, here’s the end result.”

Suddreth meets with his production staff every morning. “His entire team sits down and talks about what they’ve done and what they’re going to do, and how to do it a little better that next day and the day following,” says Douglass. “It’s not just manufacturing. It truly is a desire to make sure that the product that goes out the door goes to a customer who is satisfied.” Suddreth adds: “It’s about being able to push the envelope on what can be done with aluminum extrusion; to do things that other companies can’t do, better and faster than anyone else. We spend a big part of our time in development and pushing that envelope of our product line.”

Both Douglass and Suddreth see new markets and new opportunities for their aluminum products in the years ahead. “For example,” says Douglas, “agriculture. You look at a John Deere or a Caterpillar product and they’re so heavy they can no longer move across our highway system – there’s so much casting and carbon product in them. We see that change going on now in aluminum being a huge part of their components – not necessarily the base of the machine, but in the seat and boom arms out in the fields. That’s a huge opportunity in aluminum.” Suddreth expounds, “As energy prices go up, the first opportunity to reduce your energy, especially in vehicles or anything else is to make them lighter. Anything that goes in a truck, on a truck, or around a truck, or on farm equipment – if you can lighten it up, you use less energy.”

Other markets beckon, as well. “As we see the change in lighting to LEDs (Light Emitting Diodes), the opportunities there are huge,” Douglass says. “Going from utilizing a lot of the thin housings and reflectors to LED lights, they’re able to incorporate the heat sinks that are used in those in a different way. So we see some real opportunities in electrical and lighting, both architecturally and mechanically. The landscape looks very positive. ”

In order to respond to the emerging landscape, Aluminum Shapes has recently spent $60 million on upgrading its 1,000,000 square-foot facility, which is already capable of producing and shipping over 68,000 metric tons of extruded aluminum annually in a wide range of press diameters and alloys. While five of the companies seven high- tonnage presses have been rebuild and modernized from the ground up, and the company expects to add additional presses in the next few years, Suddreth notes.

Aluminum is one of the planet’s most abundant metals, and products made from aluminum alloys are ubiquitous in modern society. For over 60 years, Aluminum Shapes has been supplying the world with a huge assortment of aluminum products via the many industries it supplies. Douglass is not unaware of the company’s wide reach and scope. “All of the industries that we touch with our extrusions, we actually use in our daily lives,” she says. “And it’s so enjoyable to know that while we might not be doing brain surgery, we touch everybody’s life – just making aluminum extrusions.” Very well said.

Thermika Industrial Heating Systems – Thermika Systems, Inc. is the acknowledged industry leader in the field of high efficiency, industrial heating technology. The company, based in British Columbia, Canada, manufactures and distributes efficient infra-red, die heating ovens that substantially reduce the time and energy it takes to heat a die, as compared to traditional, convection batch die ovens. The Thermika infra-red die oven is now the most advanced and efficient die heating system in the world. – www.thermikasystems.com

Thermika’s rapid heat-up technology not only saves energy and cuts greenhouse gas emissions, it reduces operating costs up to 50 percent, and die breakage up to 90 percent. In addition, Thermika’s heating systems produce a superior product with a high-quality surface finish, while reducing scrap.

Thermika’s progressive R&D program has also led to the creation of the most advanced control systems in the industry. As a result, the Thermika infra-red die oven is now the most advanced and efficient die heating system in the world. Its ovens have a user-friendly keypad, and each one can store over 100 recipes. All Thermika ovens are constructed with high quality materials to ensure a long life span. They are made to order, have no fabrication limitations, are very maintenance-friendly, and can be delivered quickly. 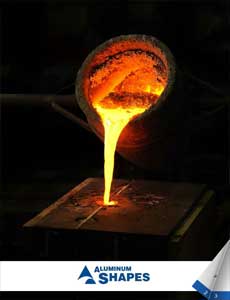