The George R. Brown Convention Center – In the middle of it all

In the middle of it all

The George R. Brown Convention Center (GRB) opened on the east side of downtown Houston on September 26, 1987. The building was named for internationally recognized entrepreneur, engineer, civic leader, and philanthropist, George Rufus Brown (1898-1983), who donated six of the 11 blocks necessary to build the facility. “Right off the bat, it hosted the top 25 conventions and trade shows in the country,” recounts Vice President & General Manager, John Gonzalez. The problem, however, according to Gonzalez was that, after the first few years, nobody came back. “The closest hotel was about four blocks away, but the headquarter hotel was close to a mile. At that point, the building was flanked with open parking lot spaces, and the word was that there was nothing to do in the city.” 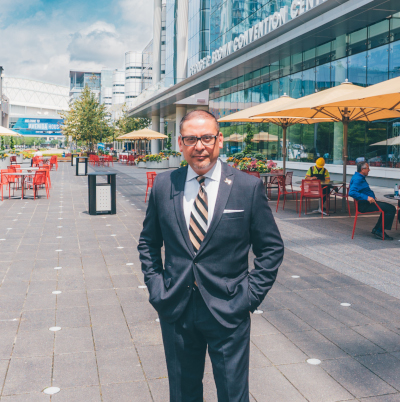 So, over the years, changes were made. In December 2003, two months before the City of Houston hosted its first Super Bowl, the Hilton Corporation opened its 1,200-room Hilton Americas Hotel as an anchor and headquarter hotel, and the Convention Center expanded its contiguous ground level space to about 700,000 square feet, while adding three new exhibit halls and more meeting rooms. “That really changed our dynamic as far as bookings, because we were one of the only centers in Texas to have a hotel of that magnitude, connected,” Gonzalez explains.

Then, in 2011, the GRB changed its designation from a city-owned entity, which reported to the City Council, to an LGC (Local Government Commission), the Houston First Corporation, which reports to a Board of Directors. “It took us 20 years to build the Hilton,” Gonzalez avers. “Moving to an LGC, it took us nine months to get approval to build a 1,000-room Marriott Marquis, which is attached on the opposite end of the building. So, right now, we are cornered on each end by 2,200 rooms.”

At the same time, the City decided it needed to think seriously about revitalizing its downtown. “Once the approval was given to build the Marriott Marquis, the funding was given to do a revamp of our district in preparation for Super Bowl 2017,” Gonzalez says. “We underwent a $1.5 billion investment in the new entertainment district, Avenida Houston, and we spent close to $250-260 million on revamping the Convention Center.”

“Prior to our renovation project, we had five separate entrances for five separate halls, with no contiguous concourse space,” Gonzalez continues. “We had minimal lobby space – close to 300 square feet. So, working with our design team, we took out exhibit space to build a concourse, a grand entrance, and a new front door. We reduced the eight lanes that separated us from our 12-acre park to two, and added terrazzo flooring and an influx of video boards. At the Super Bowl, we had a million-plus visitors who came into this district and we didn’t want them to come for a four or five day period and not come back. So, I put together an event planning team for outdoor activities and, now, we have a full, onboard, outdoor development team that programs the space in front of the building so that when conventioneers finish their convention or trade show, they’re walking out into a completely different environment, which is an extension to the park. We always wanted that space to be active. We added four restaurants to the ground level of the building and we opened up another restaurant on one end, and another outdoor one on the south end of the building.”

Today, the GRB hosts between 250-275 unique events every year. It is run by the Houston First Corporation, which manages more than 10 city-owned buildings and properties, including the George R. Brown Convention Center, the Hilton Americas-Houston Hotel, the Jones Hall for the Performing Arts, the Wortham Theater Center, the Talento Bilingue de Houston, the Miller Outdoor Theatre, Houston First Outdoors, and Theater District Parking.

The GRB has 34 full-time, Houston First Corporation employees, and at peak times, a total of 150 staff members, including its service partners. Its clientele is a mixture of trade shows, conventions, and corporate events, with a particular emphasis on the medical community. “Being that Houston has the largest medical center in the world, we’ve made a push to attract the medical market,” says Gonzalez. “We’ve seen that, because the medical center has between 150-200,000 employees in its own district, we’ve attracted a lot of medical business over the past years.”

In a competitive industry, Gonzalez believes that the GRB has several advantages, not the least of which is its high level of customer service. “I believe our service levels are unmatched,” he states. “Our philosophy is that we’re a building that doesn’t say ‘No.’ We want to make sure that not only the event is successful, we’re going to find a way to meet your needs and expectations. We have a five-set standard program. Every one of our employees goes through training that shows what the five step service levels of the Convention Center are, and it’s embedded in our service team. So, with our can-do attitude and our southern hospitality, we get groups to come back. And that just isn’t within the four walls of the building – that extends to all of our city services in the Houston area. We’ve put on two Super Bowls; we’ve put on two Final Fours, and as a community, everybody, from the top down, gets involved.”

“We also rank amongst the top in technology,” Gonzalez adds. “Smart City has been our partner since 1988, and we offer free Wi-Fi services in all the public areas of the building and meeting rooms. Every client has different demands, so we sit down with them from day one and say, ‘What are your immediate needs?’ We get down to the exact details of what they need here in the building. As a host of the Super Bowl, we had to upgrade our Cisco-powered network. So, we’ve been able to provide wireless service for 18,000 users at one time.”

In addition, the Convention Center is a Silver LEED-certified building. “All of our cleaning products are green,” Gonzalez states. “Last year, we composted 52.25 tons of recycling, which is equivalent to about 104,000 pounds of food, and we work with the Houston Food Bank, Second Servings, and others. At the conclusion of every event, food that goes uneaten gets donated to local shelters in the community. We have a single stream recycling system in the building, so anything that goes into a bag, we send offsite and it gets separated. We’ve retrofitted our meeting rooms to all LED lighting. We did a huge public area carpet upgrade about five years ago and all of the carpet tiles in the building were then repurposed to other city properties throughout the Houston area.”

Going forward, Gonzalez elaborates on some of the proposals included in the GRB’s five-year Master Plan: “One thing we’d like to do in the near future is to repurpose about 124,000 feet of space into flex space, where we envision a 60-70,000-sq.-ft. ballroom, flanked by multi-purpose meeting space with an overview to a new deck park that’s being built directly behind the building. We’re also looking to secure land south of the building to do an additional 300,000 square feet of contiguous, column-free space that would give us about 825,000 square feet on the ground level. Ideally, in our Master Plan, it shows every corner of the convention center flanked by four hotels; we currently have two and we’re in talks to add another two directly behind the building. That would give us the opportunity to flank the Convention Center on each corner.”

Gonzalez believes that people are now thinking about Houston more and more as an exciting and inviting city in which to hold its conventions and trade shows. “We speak over 99 different languages in the city,” he notes. “And it’s the culinary capital of the United States. Our diversity and culinary sets us apart.” And with Avenida Houston, now a thriving entertainment district, complete with dining, hotels, and nightlife, he intends that the George R. Brown Convention Center will be right in the middle of it all.

WHAT: A premier convention venue

Our theatrical approach to every event means that even traditional, standard-format events engage audiences in unique ways.  We begin by cultivating a thorough understanding of our client’s vision and dedicating the resources of our 15,000 square foot, in-house scenic workshop to the realization of that vision.  Our designers fabricate custom scenic elements with a quality-control process that delivers both excellence and accuracy from concept to completion, while our producers ensure that the project stays on schedule and within scope.  Our expertise and consistency ensure that our clients always look their best.

In addition, we craft media content, graphic design, and other visuals that engage audiences and underscore core messaging.   At the intersection of creativity and technical execution, we develop content in any dimension, and on any surface.  Our in-house media department can shoot original content, animate, or use our in-house studio to create the perfect complement to your overall event design.

Since 1997, Staging Solutions has activated brands, motivated people, and created unique experiences across the globe. 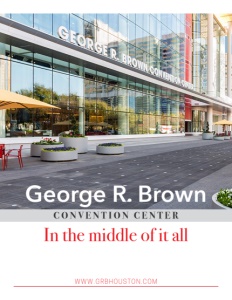