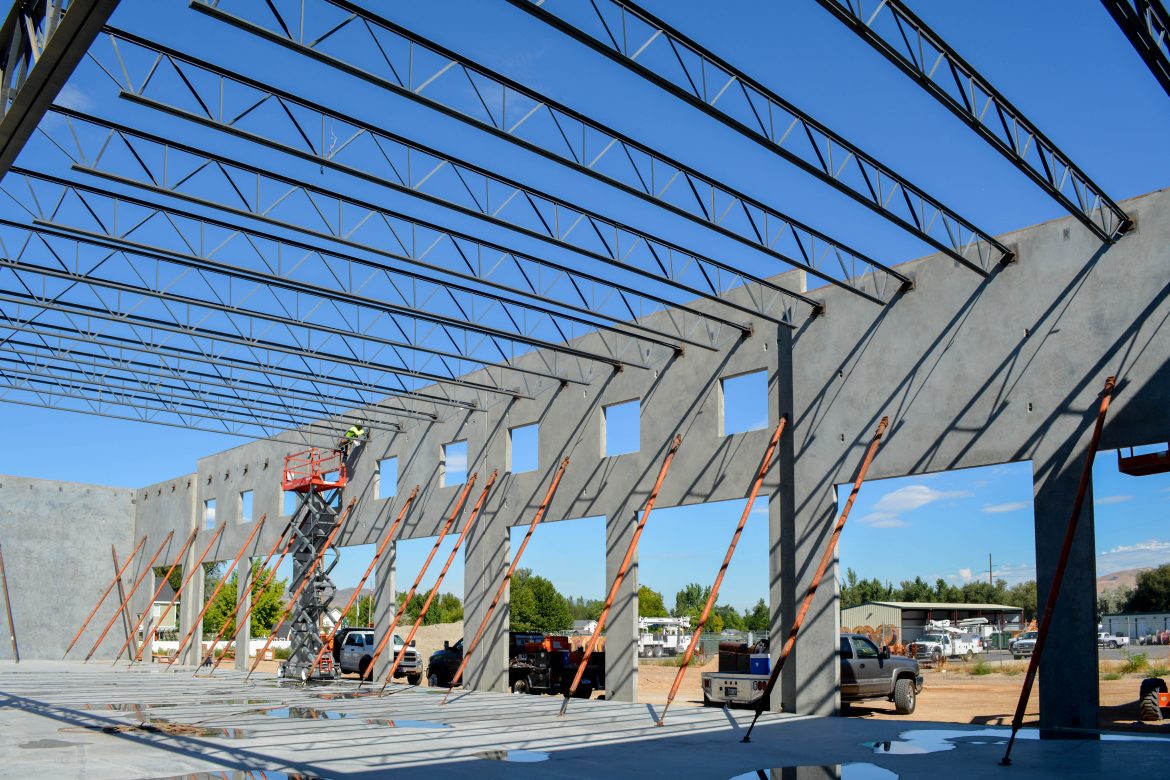 Business View Magazine interviews representatives from Lehi City, Utah, as part of our focus on best practices of American cities.

As the state’s sixth oldest city, Lehi, Utah, is rich in pioneer and old west history. Originally settled by Mormon pioneers, and named after Lehi, a prophet in the Book of Mormon, the city has also been known as Sulphur Springs, Snow’s Springs, Dry Creek, and Evansville, but was incorporated as Lehi City in 1852. The Overland Stagecoach Route, the Pony Express Trail, and the Transcontinental Telegraph all passed through or near Lehi during the peak of their use.

Today, Lehi is the fifth fastest-growing city in the country, having more than doubled in size since 2000, with a population approaching 65,000. Once an agricultural community, Lehi is quickly becoming a premier technology and commercial center, with several landmark companies calling it home, including Adobe, I.M. Flash, Xactware, Microsoft, Vivint, Oracle, and Xango.

“We’re in a major growth mode, right now,” says City Administrator, Jason Walker. “North Utah County, and Lehi, in particular, has become kind of the epicenter for this tech boom – we’ve been nicknamed ‘Silicon Slope’ by the governor and others, and we’ve seen a lot of interest from companies all over the country locating their campuses here. IT companies like to cluster together, so there’s a lot of synergy that’s been created. Adobe just recently announced a major expansion of their campus; it could bring, roughly, another thousand high-paying jobs to the area, just on that project alone. And numerous other IT companies have either announced, or they’re already in the process of constructing buildings to be in the area.

“There’s a lot of talent and a good work force here for these companies to hire and retain quality employees, so we’re starting to see these companies pop up. So, primarily our economy, or this boom, anyway, has been driven by the tech sector, but, of course, you have retail and other industries that are following the population growth. So, year to year, we’re exploding at the seams. We’ve got thousands of housing units already in the pipeline ready to go, and we’re just trying to keep up with the infrastructure that those additional units will require.”

Lehi’s growth has also come about because it’s a great place to live. “People really love the small town feel that Lehi still does have, as well as access to both Salt Lake and Utah Counties,” says Walker. “There are a lot of amenities and things for people to do that are close by. Every year, we survey the general public just to see how we’re doing, and consistently Lehi ranks very well in quality of life scores. And, as we talk to these businesses and corporations that look at Lehi and ultimately decide to locate here, quality of life is always at the top of their list as factors for their decision to move here. That’s something we take a lot of pride in. We have a very safe city, a very clean city, access to a lot of recreational activities, both within the city and very close to Lehi. And we have an historic downtown; it’s old and small, but it’s got a lot of charm and character.”

Walker says that one of the city’s challenges is to both improve the look and feel of the downtown area, while also paying attention to the rapidly growing business sector to its north. “The majority of the tech sector and a lot of the new growth is actually developing on the north side of town,” he explains. “So, it’s two distinct epicenters, if you will. You have the old downtown area where City Hall and some of city offices are located close to some of the old, traditional mom-and-pop type shops, and then you have this new, high-tech area seeing massive growth – a lot of office space, retail as well, going in on the north side. We’re trying to figure out ways to join the two together so they can be mutually beneficial to each other.”

Another challenge for the city is trying to keep housing costs affordable for the influx of new residents. “With the type of industries coming in, the type of high-paying jobs coming in, those are all great things,” Walker avers. “However, it’s caused our housing market prices to go through the roof. Some of the younger buyers are getting priced out. We’re trying to find ways to be responsible with density and growth, and find areas for more affordable housing for some of these younger people to either rent or get into a first home. The problem is we’re growing so quickly, it’s trying to hit a moving target. We’re trying to get all these plans in place but the ground is developing faster than anyone ever anticipated. It’s been a challenge.”

Lehi is also working on keeping its energy costs down, both for its residents and businesses. Joel Eves is the city’s Power Director. He talks about plans for a new, natural gas-powered, peaking power generation plant. “We’re looking at doing this to stabilize rates,” he says. “Right now, they can get out of hand if you’re not careful.” As a peaking facility, the plant, which will cost approximately $18 million to build and is expected to generate 6.9 megawatts of power, approximately 10 percent of the city’s energy portfolio, will not run full-time, but will be utilized when demand exceeds normal parameters, such as during extremely hot days. In those instances, power costs can rise dramatically.

“From a power perspective, our peak consumption is increasing at five percent per year; we crossed 100 megawatts, this year,” Eves says. “And our energy consumption grew ten percent, so our goal is to stabilize those rates. As we’re exposed, more and more, to market conditions with our portfolio, we can then react quickly to changing market prices. We’ll have seven megawatt capacity to start with in response to what the pricing might be doing. That’s a draw to keep some of those costs down for businesses as they locate here in Utah. The U.S. average is 13.02 cents per kilowatt hour; Utah’s average is 10.82 cents per kilowatt hour; Lehi’s is 8.7 cents. So, we’re 20 percent lower than Utah’s average.”

“We live in an area that’s highly susceptible to inversion and we have some real air quality issues.” Eves adds. “We’ve worked with the Utah Department of Air Quality to get permitting in place for this project and it’s going to be one of the cleanest natural gas burning plants in the state. So, we’re being responsible with the type of resource we’re putting in here, yet responsive with the market. We’re also evaluating the participation of a utility-scale solar project, but it’s very early in the works; we’re in the non-disclosure arena now with multiple contractors that would build the site. It would be a joint venture between multiple cities and utilities.” 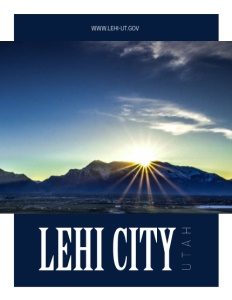