The home of Bayou Rum

Business View Magazine interviews Jeff Murphy, Operations Manager at Louisiana Spirits, as part of our focus on the spirits industry in America.

Rum is a distilled alcoholic drink made from sugarcane, which is a type of grass. Cane products, such as juice, syrups, sugars, and molasses, are turned into rum by a process of fermentation and distillation. The distillate, a clear liquid, is drinkable as is, or aged in oak barrels. Rum production occurs worldwide with top producers in the Caribbean, Philippines and India.  This fact triggered an idea among three friends in Louisiana – brothers Tim and Trey Litel and Skip Cortese – who wondered, one day, while sitting in a duck blind near the Lacassine Wildlife Refuge, why there wasn’t a vibrant domestic rum business in the United States, given that the Bayou State is one of the largest sugarcane producers in the world. Indeed, the ingredient which is central to rum – sugarcane – had been cultivated in their home state since the 1700s, but no one had yet harnessed this abundant natural resource to create a top-notch, U.S. premium rum. 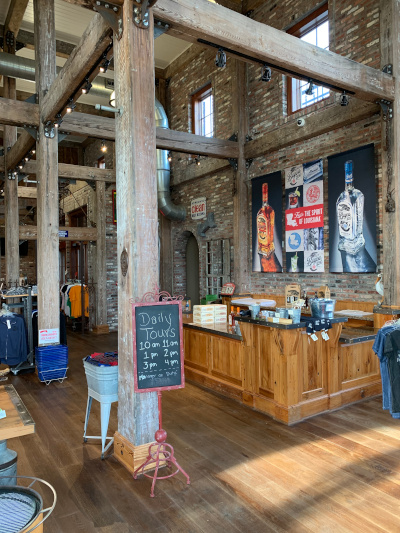 So, in 2011, the trio decided to start their own distillery, and two years later, they opened Louisiana Spirits in Lacassine, LA, right on the edge of sugarcane country.  “We use 100 percent natural, unrefined, Louisiana molasses, from a local, family-owned sugar mill in Louisiana called M.A. Patout & Son. They’ve been making sugar here since 1825. What we get from them is blackstrap molasses, and between the molasses and yeast strains we use, we knew we could make something pretty exceptional.”

Jeff Murphy, Bayou Rum’s Operations Manager and Master Distiller, who had joined the company in 2012 after years of experience as a distiller and craft brewer, was soon accompanied in 2013 by Master Blender Reiniel Vicente, a second generation Rum Blender,  just as full production commenced. “I make great rums and Reiniel makes them better,” Murphy quips. “Reiniel is in charge of the finer points of the blending and aging process as well as quality control. Between the two of us, we taste every batch to see if it meets the high standards we hold ourselves to.”

“Fast forward to the end of 2015,” Murphy continues. “We were approached by Stoli Group USA, and they were interested in our brand.” Stoli Group USA is a U.S. importer and marketer of alcoholic beverages, headquartered in New York City. Formed in 2013, the company is a subsidiary of SPI Group based out of Luxembourg, one of the world’s most dynamic wine and spirits organizations. “By then, we were up to about 15,000 cases a year in seven states. They liked what we were doing and said they wanted to start distributing our product. In July, 2018, they bought us out. So, now, we’re a wholly-owned subsidiary of Stoli, and we’re expanding rapidly throughout the world.”

According to Murphy, expanding into a market dominated by several giant distillers was helped not only by its acquisition by a major distributor, but also by the preceding worldwide boom in craft beer. “That was a huge benefit to the young craft distilling movement, because you had this group of consumers who were already experimenting with small batch, small volume, non-mainstream products,” he explains. “And that gave us an open door to expand.” Another advantage, he believes, is the distillery’s proximity to the sugarcane fields. “Rum is one of those universal spirits that can be made anywhere but you can’t grow sugarcane everywhere. There is something to be said about driving throughout the area knowing that the sugarcane we see growing in the fields will one day be turned into Bayou Rum. The connection to the land is there, the connection to the farmers and the sugar mill is there, and you can taste the passion and dedication of Louisiana in every drop of Bayou Rum.” 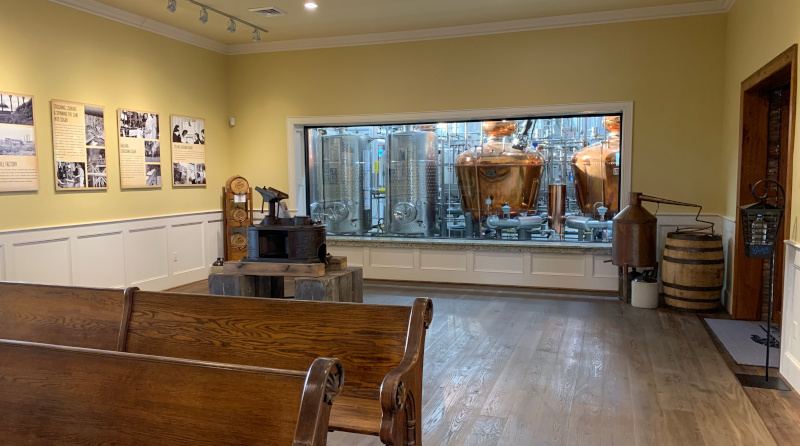 Success for Louisiana Spirits has resulted in the need to grow. “We are in the final stages of our first expansion in about four years,” Murphy reports, “which means more barrel storage. We are building a Barrel Library that more than doubles our current barrel inventory.” Also included is an event center that will be able to hold weddings, along with corporate and special events. All should be complete and open by the end of May or early June. “We get a lot of interest in hosting special events and it’s been a big boom for the area for us to be out here.” In fact, Louisiana Spirits has become a major destination for locals and tourists alike. The distillery holds six tours, daily, and hosts tens of thousands of visitors a year from around the globe. Indeed, eight out of its 19 employees work in the onsite gift shop and the just-opened coffee shop inside an old farmhouse that was built in 1903. “We have two more phases planned for the future,” Murphy adds. “It’s volume driven, so when we hit certain marks in sales, the next phase of the expansion kicks in. First, warehousing and increased bottling capacity. Then we will be increasing production capacity. This year our plan is to triple 2018 sales.”

By all measures, the future looks bright for Louisiana Spirits and Bayou Rums. “Rum is starting to have its day in the limelight,” Murphy states. “Globally speaking, premium whiskeys and tequilas have been on the upswing over the last ten or fifteen years, and rums are again being recognized as a premium spirit.  Rum is not all sandy beaches and umbrella drinks and people finally understand that rum can be as complex as bourbon and scotch. We’re focusing on the fact that we can make a great award-winning product here in Louisiana. We have a unique climate and soil characteristics that separate from the Caribbean.  So, I think that our process may set us apart from most rums on the market. There’s no reason why every liquor store in the world can’t have a high quality, premium, Louisiana-made rum on the shelf. We think there’s enormous potential to take a bite out of that market and get our own niche going and be known as American’s rum brand.”

WHAT: A rum distillery 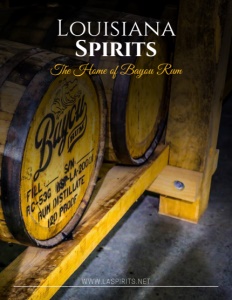