With its rich and storied history, the scenic Town of Grimsby, Ontario – appropriately dubbed the Gateway to Niagara – has long been a draw for tourists. Incorporated in 1876 as the Village of Grimsby, it officially became a town in 1922, although its roots date all the way back to the 1700s with the Neutral First People settlement. Loyalist settlers arrived at the Forty Mile Creek in 1780 and 10 years later Grimsby was the site of the first municipal meeting in Upper Canada on April 5, 1790.

The location also served as the Engagement at the Forty in 1813, the pivotal naval battle and turning point in the War of 1812. Since the 1850s tourists and villagers alike have flocked to Grimsby Beach, which is now home to charming gingerbread-style houses colorfully painted by owners. Grimsby is still a tourism highlight – a destination where people enjoy scenic vistas created by both Lake Ontario and the Niagara escarpment, along which many top-notch wineries operate and welcome people in for tours, gourmet food, and wine tasting. 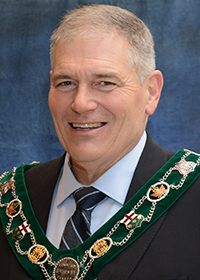 In the coming years, people will find even more to love along the lakefront with the impending Losani Homes development at the site of the former Fifth Wheel Truck Stop on Casablanca Boulevard. Grimsby Mayor Jeff Jordan reports, “The Losani development is very exciting because of the fact that there is so much public area that is going to be put in. All of the residential parking is underground so it really has freed up a lot of aboveground space and waterfront.” Plans for the site include 33 waterfront townhomes and six buildings ranging from 12 to 22 stories high, the continuation of waterfront trails, and state-of-the-art park amenities. “There are a lot of really good plans with waterfront protection, which is going to add beaches along that area,” Jordan notes. “That area of waterfront, almost a kilometer, has never been utilized by the public and we’re really happy that we are going to open that up now.”

Although there are some concerns regarding the height of the apartment units, it actually works in the town’s favor. “It’s freed up so much more ground space for the public and still has come in under the agreed requirements for our official plan,” says Jordan. The development will feature about 1,254 suites to address Grimsby’s housing requirements, in addition to housing restaurants, retail, and office spaces on ground level to create a liveable and walkable community along the waterfront. A planned Casablanca GO train station is expected to be up and running in the area come 2022 to give riders more seamless transit service to and from surrounding urban centres.

“Another one of our important endeavors is the Niagara Regional Transit On Demand service, which started in Grimsby in August of this year,” adds Jordan. “The ride-share service is a partnership between local municipalities, Niagara Region, and Via Mobility enabling residents to book trips using a smartphone app or a service number in as little as 15 minutes. Grimsby had the highest uptick of ridership, so we’ve been ahead of the curve. We’re really happy to have a transit service available to our residents that is reliable, efficient, and affordable and so far it’s going really well.”

Grimsby’s current population of about 30,000  is expected to rise to 38,000 over the next 10 years, so having an updated hospital facility is imperative. The complete rebuild of West Lincoln Memorial Hospital, which had initially been slated for demolition, has been the result of much passion and persistence by Jordan and West Niagara’s remaining two mayors. “The hospital development is moving forward and we’re at Stage 3 right now,” says Jordan. “We’re really looking forward to seeing shovels in the ground in early 2022.We’ve worked tirelessly to bring this project forward and the Ontario government has stepped up and guaranteed that we are going to move forward.”

The growing community is currently scoping out areas such as Main Street East for infill development. Around the hospital is a site where there is potential for infill and that is why the town is pushing for a heritage cultural district study to protect the local heritage yet enable smart and long-term development. Jorden reflects, “Heritage is the fabric of Grimsby, along with the escarpment and waterfront. It is the reason people settled here in Niagara, because of the close proximity of the escarpment and the lake, and this is why Grimsby is a popular small-town community… the fact that we have so much heritage.” 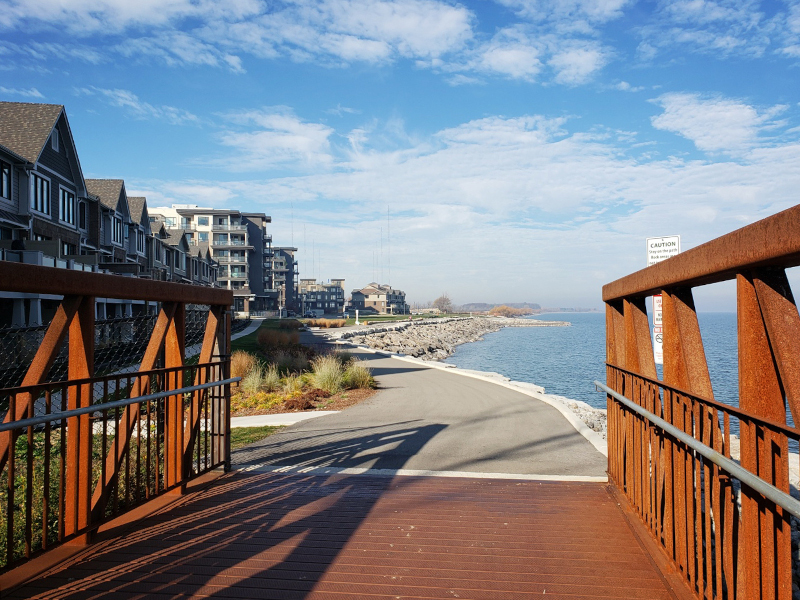 The inviting, small-town character of Grimsby is also a draw for businesses and many are moving or expanding in the area, such as Canada Clean Fuels, among others. “We are very happy to welcome Escarpment Renewables to Grimsby,” Jordan adds. “They are a division of Miller Waste Systems and have done an amazing job converting the biodigester into a state-of-the-art facility, while being a fantastic corporate addition to Grimsby. Another interesting innovative company is Cimcorp on the South Service Road. They are looking to expand at their present location. The floodplain mapping is way out of date in this area and we are looking forward to working with the NPCA and the region to update this.”

Infrastructure plays a crucial role in growth and economic development, so an expansion of Casablanca Boulevard and service roads in and around the GO Station site are in the works. To ensure sustainability and foster green practices, an advisory committee titled Grimsby Greens will investigate processes the town can adopt or continue with. In the coming years, Grimsby will continue to push for the completion of projects currently on the books, including preparing South Ward Park for upcoming softball matches for the Canada Summer Games in 2022. “We are planning a number of initiatives for that park to make it more of a multi-use facility,” says Jordan. “We are also increasing our walking trails. The pandemic certainly got people out walking and we realized that we have a great walking trail network, so we are going to expand on that.”

With COVID-19 came a shift in how business is conducted, so the Town of Grimsby addressed the need for new practices and protocols, such as the development of micro-offices on Main Street that have repurposed a historic downtown building. “We’re offering singular office spaces, so small offices and meeting rooms that people can rent daily, weekly, or monthly,” explains Jordan. “We also have a new business park on Casablanca and are in preliminary discussions to have a couple of different educational facilities have satellite campuses there.” Existing educational institutions are also expanding in Grimsby and the town is delighted to see plans in the works for the development of a new, state-of-the-art high school – West Niagara Secondary School – that will serve the West Lincoln, Lincoln, and Grimsby areas.

The future revitalization of Grimsby Pier, where daily boat service to Toronto was offered until 1945, is also on the top of the list as the town looks toward the future. While the Town of Grimsby welcomes growth and innovation with open arms, council is ever mindful of the important role Grimsby’s heritage has played, not only in the Niagara Region, but in Canada as a whole. And the focus on maintaining that balance is directing the path forward for this charming lakeside community.

What: A charming historic town; population 30,000

Where: Niagara Region, alongside Lake Ontario

At Arborwood Tree Service, our great reputation is built on professionalism and client satisfaction. Your trees are living resources and our certified arborists have the expertise to help you steward your property with beautiful, healthy trees and shrubs, for now and for the future.

Maintaining the vitality of your trees is our mission, doing it with safety, integrity and professionalism is our promise.