Business View Magazine interviews representatives from Blytheville, AR, as part of our focus on economic and infrastructure development of American cities.

The City of Blytheville, located in Mississippi County, is the easternmost settlement in the state of Arkansas, lying just west of the Mississippi River across from Tennessee, and south of Missouri. Blytheville was founded by Methodist clergyman, Henry T. Blythe in 1879, and was incorporated in 1889. Forestry was an early industry, followed by farming, with cotton, soybeans, and rice, its most important crops. In the 1980s, the city began to develop an industrial base, much of which centered on the steel industry.

“Nucor is the number one employer in our area,” says Cody Wyatt, Administrative Assistant to Mayor James W. Sanders. “They have three mills here in Blytheville, and there are at least 20 smaller industries that take steel from Nucor that coat, paint, bend, or cut it.” In fact, the area in and around Blytheville is one of the largest producers and recyclers of steel and steel products in the country, providing jobs in a region that has seen the automation of the farming sector displace a lot of former farm workers. 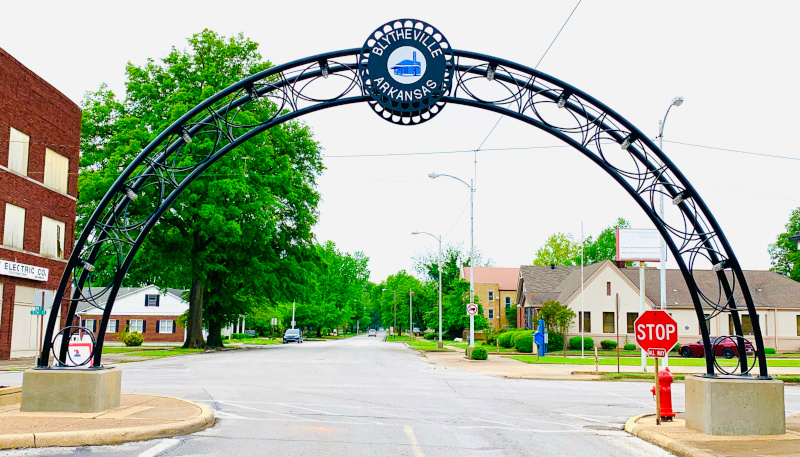 “All throughout the Delta, these little towns up and down the Mississippi have been hit hard because, where it used to take several hundred people to farm a couple of hundred acres, now five people can do 5,000 acres,” notes Blytheville’s Chief Financial Officer, John Callens. “Blytheville is unique because we have opportunities that most of these other areas don’t. We also have a community college in Blytheville – Arkansas Northeastern College. They’re noted for having the second highest salaries for their graduates, anywhere in the state. The reason is that they have a structural steel program called Allied Tech, where you can get a two-year degree and start out in the $70Ks, which is excellent in this area for a starting salary. So, there’s a lot of opportunity for people in the steel industry.”

While the overall economic picture of Blytheville looks positive, with employment in the steel industry available, Mayor Sanders admits that, just like many other cities in the country, his city has experienced a lack of infrastructure investment over the years. But that is something that is about to change. “What we’re doing now, is working on our infrastructure to better provide services to the people that live here,” he states. “We have an estimated $14 million in projects, going on, right now, around the city. Our water department is having new wells drilled, plus new fire hydrants for $5 million. We’re also working to have a new, $8 million wastewater treatment plant built to ensure that we’re able to treat our water as it leaves our city, and stay in compliance with the Arkansas Department of Environmental Quality.”

Callens elaborates: “A major problem we have here is a lot of iron in our water, so one of the things that we’re doing with water is upgrading our filters. Then, in the past, we used chlorine gas as an additive in our water. But, we’re getting away from that, because the health department wants the city to get away from the use of chlorine gas because of its potential danger. So, we’ve gone to a liquid bleach, which will make it must safer for the community if something ever did happen. We’re in an earthquake zone; a major earthquake could cause a leak of chlorine gas, which could cause some major health issues.”

“We’re always looking for areas we need to improve on,” Callens adds. “We brought water engineers in and we found out that, quite often, when a city expands, and moves outward from its water plant, it can have fire flow issues. So, we’re spending an additional $800,000 to put in a non-potable well to add fire flow to certain areas, so when additional housing or businesses come in, we offer the protection that they need.”

“These investments that we’re looking at now are inspired to expand the longevity of our infrastructure systems,” Sanders remarks. “These are one-time fixes that we’re talking about to save money. For instance, regarding the wastewater plant – right now, the system that we’re operating on is over 30 years old. Because of the old equipment, we have high electric bills from the use of those old treatment facilities and their capacity is not as much as we need to treat our water. So, by investing in this new system, we’re reducing the amount of electricity to give us a cost savings, as well as increasing the efficiency of the cleaning of the water that is being treated.”

Another water-related project in Blytheville will be the installation of fixed-base, radio read meters to replace all residential water meters in the city. “In the past, you might have had a leak and you wouldn’t know it for a month,” Callens explains. “So, at the end of the month, you might have an outrageous bill. These new meters have the capability of reading minute by minute. Customers can download an app and it will give an alert if they have an extreme amount of usage. So, hopefully, that will save money. That project runs about $5 million.” 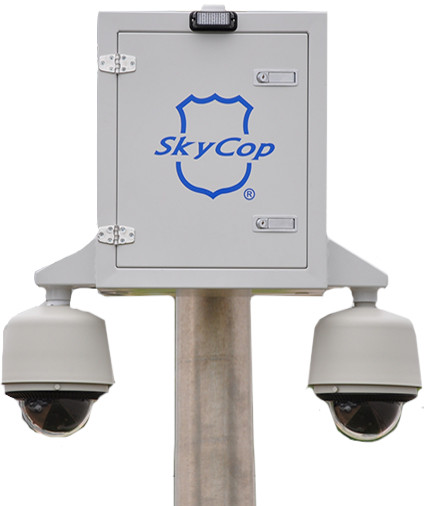 Blytheville is also working on upgrading its police department with a new $2.75 million justice center, being paid for with a recently passed quarter-cent sales tax. Another key area of focus is citizen safety. “While we’re constructing our new justice center, we’re working with a company called SkyCop,” Sanders reports. “They place cameras in strategic areas of our town to monitor both ingoing and outgoing traffic, as well as our shopping areas, and even, in some cases, our residential areas, so people can feel safe because the areas are being monitored by cameras and fed back to both the police cars and the justice center. We understand that the city’s duty is not to be a thermometer to gauge the safety issues, but to be the thermostat to set an atmosphere of growth and safety for our constituents.”

“Downtown is another area that we’re concentrating on,” Sanders continues. “We have an active downtown commission, and we’re working collaboratively with the people downtown to make our city more attractive and get people to invest in our downtown.” To that end, the city has cleaned up its “Downtown Patio,” a former dilapidated business that is now used as a venue and meeting space; it is planning a complete facelift for the Ritz Civic Center on Main Street; and it will repaint is famous Downtown Arches. Blytheville is also working on its streets. The city has spent funds on drainage work and has recently repaved several key thoroughfares, including McHaney and Franklin Streets.

“We’re trying to move in a different direction and use these opportunities to work on the quality of life issues in our city,” says Sanders. “Growth usually stems from major transportation areas, which in our case, is Interstate-55. Blytheville is blessed to be close to State Highway 18 that goes east/west. We also have another historic U.S. highway, Highway 61, that goes through town north and south. So, our intent is to draw people from the growing areas outside the interstate into our downtown area so that they can experience what Blytheville has to offer.”

“I hope that people know that we are a very community-based city,” says Wyatt. “We are working hard to develop our community and improving the amenities for our citizens, even the things they don’t see, such as the infrastructure improvements. Improving our parks and making them vibrant and welcoming is also something we really focused on this past year, and will do in the future, as well.”

“And it’s not about just doing it ourselves,” says Mayor Sanders, in conclusion. “It’s about getting a broad amount of people with new ideas that will help the quality of life, here in Blytheville.”

Nucor-Yamato Steel Company was formed in 1987 as a joint venture between Nucor and Yamato Kogyo with the goal of operating a steel mini-mill to manufacture wide-flange beams in Blytheville, Arkansas. Today, Nucor-Yamato Steel Company has the capacity to produce over 2.5 million tons per year of not only wide-flange beams, but also H-piling, sheet piling, standard I-beams, channels and various other structural shapes. 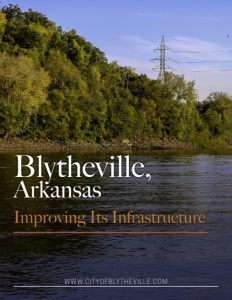