Rising above the rest

It is estimated that there are some 50,000 elevated water tanks that rise high above the cities, towns, and counties of the United States, and that Phoenix Fabricators & Erectors, LLC (“Phoenix”) of Avon, Indiana has constructed approximately 5,000 of them. The company, which engages in the foundation, fabrication, engineering, erecting, painting, modification, relocation, service, and maintenance of water tank systems, likewise rose from the ashes of a predecessor entity, Universal Tank and Ironworks, in 1986, to become an industry leader with a reputation for exceptional quality in the design, manufacturing, and erection of multi-column, single pedestal, and fluted column water tanks. 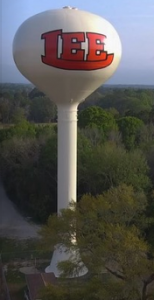 In addition to its corporate offices and a 61,000-sq.-ft. fabrication facility in Avon, Phoenix has an additional office and fabrication facility in Sebree, Kentucky, and some 235 full-time employees who live and work all over the country. The vast majority of the company’s clients are municipalities. Chief Development Officer, Joey Thomas, explains, “Typically, a municipality hires a consulting engineer to bid a project out. We bid against our competition on those projects and are awarded them primarily on a low-bid basis. That is a large percentage of our client base. However, there are some private or industry contracts out there. Additionally, we do some custom fabrication work for other manufacturers across the country, as well.”

Phoenix CEO, Tim Yohler, believes that if those low-bid contracts were based on things other than just price point, Phoenix would have a lot more business coming its way. “People like working with us; the guys in the field who construct our tanks are very knowledgeable and experienced,” he avers. “If you go to our customers and you go to the consulting engineers that we work with, they would say that Phoenix has the best client service, by far. We have a reputation for customer satisfaction and we go well beyond any of our competition in making sure that our customers are happy with their tanks.”

Another competitive strength of Phoenix, according to Thomas, is its ability to take a project from start to finish – from design, to fabrication, to field erection. “And we have our own in-house painters,” he adds. “A lot of our competitors will subcontract most of that out. We have Phoenix painting crews on almost every project.  That way we can control the quality of the coating and ensure the timeliness of completion.”

While the primary focus of Phoenix is on new construction, 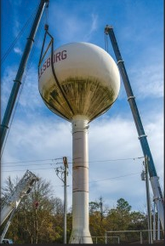 the company also maintains and modifies existing structures. “We’ll take an existing tank that may need to be raised or lowered for whatever reason,” Thomas explains, “most often in a situation where districts might merge together water systems and District A might be working on a certain pressure plane, and District B might be operating on a different pressure plane, and when they merge, they want to operate the system together. So, one of the tanks might be selected for modification. We would come in and analyze the structure and then proceed with the raising or lowering of that structure to match that pressure point that they want that system to operate off of. We’re the industry leader, and only water tank manufacturer in the tank modification market, which is a very niche industry.”

For decades, the multi-column steel tank has been the industry standard, and Phoenix is currently the recognized industry leader in the multi-column tank market. But, according to Yohler, the fastest growing segment of the marketplace, by far, has been the emergence of the composite elevated tank. “A composite tank has a concrete support pedestal with an all-steel container on top, as opposed to an all-steel structure, which has typically been the product of choice,” he explains. “And for tanks a million or more gallons in capacity, they’re becoming the tank of choice.”

In order to capitalize on that market segment, Phoenix acquired the Elevated Tank Division of Pittsburg Tank & Tower, in 2006, along with its 52,000-sq.-ft plant manufacturing in Sebree, Kentucky and a work force skilled in composite elevated tank manufacturing and management. “We didn’t get into the composite market until 2006, when we made that acquisition,” Yohler recounts. “So, our marketing focus has been to get pre-qualified by demonstrating our superior construction capabilities so that we are able to bid certain projects, especially the larger projects – two million gallons and above – and gain a share of that marketplace.”

Going forward, Yohler would like to see Phoenix become the industry leader in all styles of tanks, including composites. And he knows that having a satisfied workforce will be one key to achieving that goal. “Unemployment, right now, is lower than it’s been in a long time, so, especially in our industry, finding quality, qualified welders who are willing to go on the road and work at job sites that are, sometimes very remote, sometimes very challenging, to live away from their family for four to six weeks at a time, is very difficult,” he admits. “So, we try to treat our people right, so they’ll stay with us.”

Some 32 years ago, a half dozen, highly motivated, middle managers pooled their resources to purchase the assets of the defunct Universal Tank and Ironworks. They chose the name “Phoenix” for their new company as it symbolized a business rising to new life from its ashes. Over the last three decades, Phoenix Fabricators & Erectors, LLC has constructed more than 5,000 water towers of all styles, ranging in size from 30,000 to 2,000,000 gallons, all across the American landscape.

Check out this handpicked feature on Keller Williams Realty Phoenix – The power of team work.

WHAT: A builder of elevated water towers 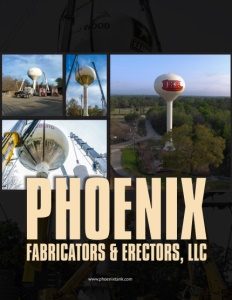