Thriving in the Inland Empire

Riverside, California is a thriving city in the Inland Empire metropolitan area, conveniently situated midway between San Diego and Los Angeles in southern California. With a population around 330,000, Riverside is the 59th most populous city in the United States and 12th most populous city in the state. As a community, Riverside offers a vibrant lifestyle for both personal and professional living, punctuated by exceptional education institutions, plenty of parks and outdoor spaces, and a strong commitment to culture and the arts. Add to that, a full complement of restaurants, retail shops, and entertainment venues, and there’s no doubt that Riverside is truly an extraordinary place to live.

Founded in the early 1870s, and named for its location beside the Santa Ana River, Riverside is the county seat of Riverside County and the birthplace of the California citrus industry. Today, it is home to the University of California, Riverside, which also hosts the Riverside Sports Complex. Other attractions of importance include the Fox Performing Arts Center, the Riverside Metropolitan Museum, the California Museum of Photography, the California Citrus State Historic Park, and the Parent Washington Navel Orange Tree – last of the two original navel orange trees in California.

Nathan Freeman, Riverside Director of Economic Development, relates, “My focus and area of expertise is our downtown region and our Innovation District. Over the last three to five years, I’ve helped facilitate almost $1.2 billion of private investment just in the downtown and the Innovation District area; that’s important because it’s almost as much private investment as we had across the whole city in the Riverside Renaissance project. The Renaissance project was self-initiated by the city 10 years ago – a $1.5 billion facelift. We improved everything from parks to roads – you name it. Ten years ago, when I started with the city, the core area was a ghost town after five o’clock. It had very little investment, and wasn’t a place people would go out of their way to visit. Right now we have, either finished, under construction, or going through entitlement, roughly 1,500 multi-family units in the downtown area, alone. That’s something we’re really proud of.”

The Innovation District encompasses downtown, the East Side neighborhood, and all the way up to University of California, Riverside. The idea is to bring technology companies together in one geographic area. The catalyst was the California Air Resources Board (CARB) announcing they were relocating their headquarters to Riverside – a $500 million investment, bringing a wealth of science-related jobs to the city. Based on that relocation taking place by early 2021, Riverside is keen to position itself as the clean air technology center for the Inland Empire, which is made up of Riverside and San Bernardino Counties. Companies are already clamoring for property to be as close as they possibly can to CARB.

The challenge for Riverside is facilitating new office space to meet the demand. According to Freeman, “As an example, we had a company reach out to us wanting a 50,000-sq.-ft. office footprint in our Innovation District. And as of right now, we just don’t have the inventory. Our office vacancy rates are less than two percent – basically, we have nothing. So, we’re really trying to facilitate office development in that District. City Council just approved a project called Riverside Alive which, when it’s completed in 2023, will be about a $400-million private investment with 220,000 sq. ft. of new office space and about 100,000 sq. ft. of new retail. The project is also going to expand our existing Convention Center up to 150,000 additional sq. ft., and will include multi-family and a bunch of other cool stuff. So we’re really excited about that, especially the office space. We think this is one of several office buildings that are going to be needed in our Innovation District.”

The city has a lot of other projects cooking, as well, like the Riverside Food Lab, an urban food court that opened in August 2018. First of its kind in the Inland Empire, it was recently voted in an online poll by USA Today, as the sixth best new food court in the entire country, and it’s only been open a year. The owner has been so thrilled by the response that he’s expanding into the space next door, which he’s dubbing the Riverside Game Lab, featuring 10,000 sq. ft. of retro video games, arcades, pinball machines, a “barcade” with craft beer, an escape room, and virtual reality rooms. Riverside is positively trending in the downtown and Innovation District, and there is much more coming to the table.

Freeman admits, “It is becoming expensive to live here, but in relation to Orange County and Los Angeles it’s a lot more affordable. So, folks from LA and the OC are purchasing homes, not just in Riverside, but throughout the Inland Empire, and our population is definitely growing. Riverside has a strong economic base; we’re the leader in the Inland Empire in just about every economic category. Yes, we still have a lot of people who commute out of the area, but it’s becoming more even. We also have a lot of folks commuting into our city, right now.  In the past, we’ve relied on logistics as an economic driver, however, we’re starting to step away from that and pivot towards technology-based industries and clean-based energy. We also have a very large healthcare industry in our city; multiple hospitals employing thousands of people. And, as County Seat for Riverside County, we have a large swath of government workers here. Our economy is pretty robust.” 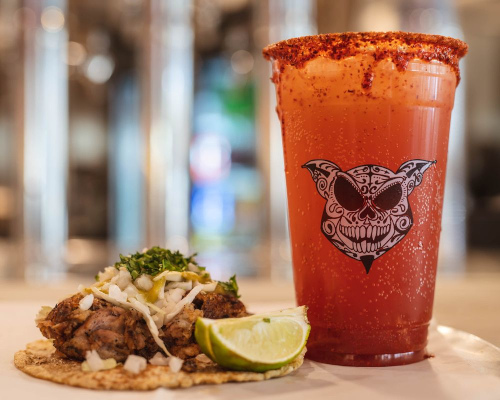 Historically, Riverside used TIF (Tax Increment Financing) to fund infrastructure projects. Unfortunately, that tool was taken away when redevelopment programs were eliminated across California. So, now the city is totally reliant on the general fund for infrastructure improvements. Freeman reports, “Money being tight, we’re in the process of bringing back the ‘diet soda’ version of our redevelopment programs – Community Revitalization and Investment Authorities (CRIA) – and those will help us to fund infrastructure such as parks, roads, community centers, libraries, things of that nature. Our Riverside Renaissance project a few years ago was our big infrastructure push. Basically, the idea was to take 30 years of infrastructure needs and do it in a couple of years. It was a very successful program and we’re really happy with the results. Again, in the downtown, it laid the framework for a lot of private investment that we’re seeing right now.”

Encouraging residential development in downtown Riverside is high on the list, going forward. “Our Downtown Specific plan, which was enacted in the late 2000s, already allowed for some development,” says Freeman. “It just needed some fine tuning to match where things are moving right now – for example, the Imperial Hardware Lofts, our first big residential development ever in the downtown core, which was 100 units with about 10,000 sq. ft. of commercial on the ground floor. We allowed a variance for them to only park the residential onsite, keeping in mind that people like to walk and bike and ride scooters, so they didn’t have to park their commercial, onsite. We also amended our Downtown Specific plan a few years ago within one key district to allow what we call ‘Lift the Lid.’ So, there’s really no height restriction in the main core of our downtown (Riverside Alive, for example, will be 14 stories). And that’s been met with a lot of positive feedback. Where possible, we’re amending our Specific plan to meet demands of our downtown development, moving forward.”

To attract business and set itself apart from other communities, the team at City Hall put the focus on the biggest differentiator – customer service. In that regard, they implemented the Streamlined Riverside Process, where they entitle projects much quicker than neighboring cities. Speaking to the best attributes of Riverside, Freeman says, “Our pitch to developers and investors is ‘time is money’. We have a one-stop shop at City Hall, where everything related to the building and entitlement process is all on the same floor. Riverside is a growing city, a youthful city, a leader in almost every economic indicator for the Inland Empire. We have a strong foodie culture, a blossoming downtown, and we’re positioning ourselves to be the clean air technology leader for all of southern California. And CARB moving to our city is really going to jumpstart that.”

Where: Midway between Los Angeles and San Diego in Southern California

California Baptist University believes each person has been created for a purpose. CBU strives to help students understand and engage this purpose by providing a Christ-centered educational experience that integrates academics with spiritual and social development opportunities. Graduates are challenged to become individuals whose skills, integrity and sense of purpose glorify God and distinguish them in the workplace and in the world.