Cedar City Regional Airport, located two miles northwest of Cedar City, in Iron County, Utah is a public use facility and is served by scheduled air carriers for passenger carriage and cargo, air charter and air taxi operators, flight schools, crop dusters, and medical transport operators, and is utilized by aircraft owners, operators, pilots, and passengers for their air transportation needs, businesses, and recreational flying activities. The Airport is owned by the Cedar City Corporation and is governed by an Airport Board comprised of volunteers representing the city, county, and community. 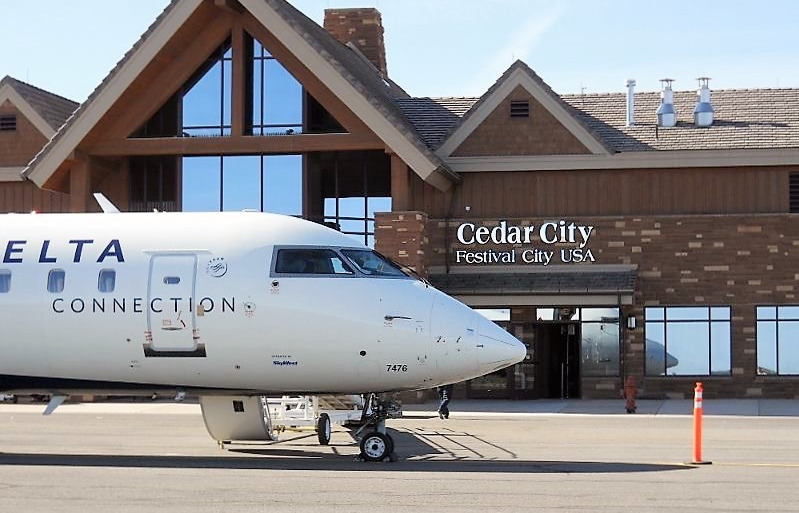 According to Airport Manager, Jeremy Valgardson, the first airplane came to southern Utah as a concession ride for a fair at Cedar City on September 27, 1920. At that time, airplanes did not need airports – flat alfalfa fields worked just as well. “Then, the airmail service picked up between L.A. and Salt Lake, and the federal government said if we’re going to run airmail, we’ve got to have some emergency landing strips,” he recounts. “So, it put some investment into Cedar and built an emergency landing strip for airmail – that was in 1929.”

In July 1931, the Cedar City Chamber of Commerce recommended that the City take over operation of the Airport from the federal government due to dissatisfaction with the way it was being run. Almost seven years later, in March 1938, the federal government yielded, and officially turned the Airport over to the City. In November 1941, civic leaders obtained a Civil Aeronautics Authority (CAA) grant for $287,000 to finance leveling and grading the airfield, fencing it, placing boundary lights, installing an enormous beacon, and contracting two mile-long runways.

The Branch Agricultural College, now known as Southern Utah University, was already training pilots in a CAA-approved pilot-training school, which was started in 1939. The improved airfield and training program helped secure the assignment of the 316th Army Air Corps Training Detachment to the Branch Agricultural College after the United States entered World War II. Cadets completed pre-flight classes on campus and received 10 hours of flying instruction at Cedar City Regional Airport in B-17s and B-25s. Today, the University is still the Airport’s biggest user for flight training.

“Commercial service started in 1951,” Valgardson continues. “We had Western Airlines as our first commercial operator, then Bonanza, then Hughes Airwest. Skywest Airlines started in St. George in 1972, just 40 miles south of us; they were running routes from St. George to Salt Lake, and they did one stop in Cedar City. Today, Skywest is our current carrier. We’re essentially a general aviation airport with commercial service on the side. We maintain our Airport to commercial standards because we know we’ve got that commercial user and the FAA is going to hold us to those standards, but our real bread and butter is our GA use.”

Catering to the GA community is a priority for Valgardson. Currently there are 66 GA aircraft based at Cedar City Regional Airport with a waiting list of 25. “The Airport doesn’t have a lot of assets,” he admits. “We have one set of T-hangars and two smaller executive hangars. We’ve got open tie-downs, but with our climate, nobody wants to sit out in the sun in the middle of the summer, and then, snow and ice in the middle of the winter. One of my goals, right now, is to try and get the City to feed the need and build some hangars so we can lease them out.” 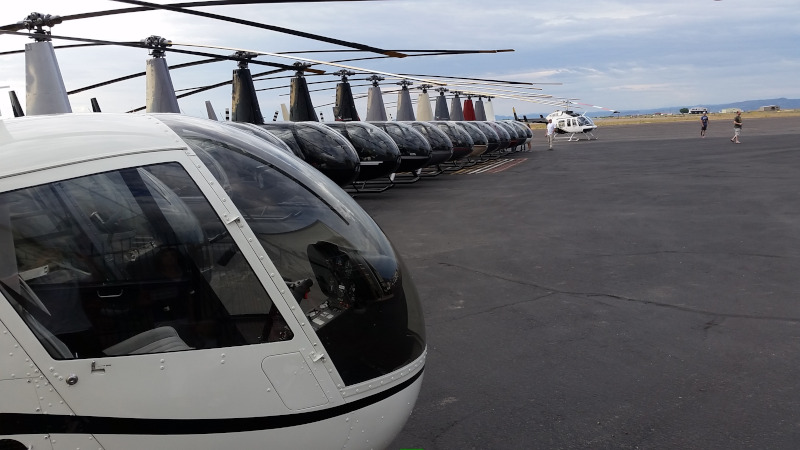 Another goal for Valgardson is to get the City to purchase land outside the Airport perimeter to be utilized for non-aeronautical businesses, as the current land within its boundaries is close to runways and taxiways and is reserved for aeronautical use, only. He explains, “Non-aeronautical revenue is a lot better than aeronautical revenue – it’s more money and it’s unrestricted. The problem is, because it’s an older airport, we have so much infrastructure that needs to be fixed – runways, taxiways, and ramps. The City loves the Airport; it contributes to the Airport, but the dollars that we’re taking from the City, now, are for our infrastructure. Once we get our infrastructure all up to speed, then we’ll have some funds freed up and the City will be more willing to purchase land around the Airport. With our current situation now, we just don’t have the funds to do that.”

The good news is that those infrastructure projects are both ongoing and planned. “We’re essentially going to have a brand new airport over the next five to ten years,” Valgardson reports. “We just rebuilt the commercial terminal ramp; we’re making everything stronger. We just rebuilt the south and center general aviation ramps and the associated taxiways. We’ve got a $20 million grant from the FAA and we’re going to rebuild the runway in 2020; we’re going to make it stronger. A couple of years after that, we’re going to rebuild taxiway Delta, which is the main parallel runway, and then, we’ll go and do the east ramp. So, every bit of asphalt that we have is going to be brand new over the next five or ten years.”

Another long-term goal is lengthening Cedar City Regional Airport’s main runway so that it can accommodate the larger jets of the Bureau of Land Management’s fire-fighting tanker base on the north side of the field. “Luckily for us, our current infrastructure can handle everything, but our runway is not quite long enough for the very large aircraft like the DC 10s and the 747s that they’re starting to run,” says Valgardson. “So, if we were going to do anything to promote that, we would need a longer runway.”

Finally, Valgardson notes that Utah’s Aeronautics Director has challenged all the airports in the state to make themselves ready for the coming use of drone aircraft. “Drones are going to start delivering medical supplies, and groceries, and they’re even going to start hauling people around,” he avers. “In the state of Utah, the folks in economic development really want that drone activity; they want to be in forefront of that. And the way aviation’s going and I think the most valuable two miles of asphalt in any community, especially our community, is that runway.”

All in all, Valgardson is optimistic about Cedar City Regional Airport’s future. “The City is growing very fast; the population is growing; the Airport is growing like crazy. We’ve got 80,000 annual operations which puts us as the third busiest airport in the state of Utah as far as operations go,” he states. “We’ve got an extremely active flight school, and our business traffic is really picking up. We’re starting to see a lot more corporate jet operations – about five to six a day. We’ve got a strong FBO; we’ve got a very tight knit GA community that recognizes the value of this Airport; and the City realizes the value of this Airport. I may be biased, but we’ve got a very nice airport.”

Check out this handpicked feature on The Bozeman Yellowstone International Airport – Staking out the middle ground. 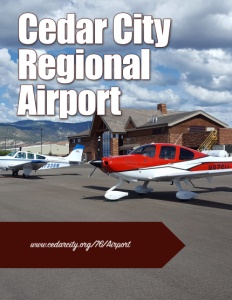