When Jay Cohen decided to get back into the health and nutritional supplements business, he decided to model his new company, IQ Formulations, after a world famous, Italian luxury sports car manufacturer that, according to the new CEO, “never had a losing year; they’ve always made money.” The same can certainly be said of IQ Formulations, Cohen’s five year-old company that likewise has never had a losing year – and is also making a lot of money. 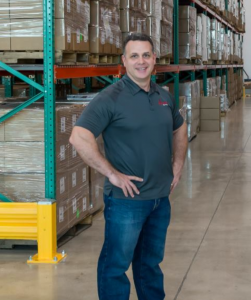 “When we first started, I looked at other industries to model after,” Cohen explains. “One was the automobile industry. One of the companies that I based my model on was Ferrari. What Ferrari has done that has outpaced every other automobile manufacturer is that it is a vertically integrated company. They pick and choose every single ingredient that goes into making their engine blocks, their pistons, their interior, their exterior – they custom-manufacture their products. And, because they do that, they’re able to put a product on the market that totally outpaces every other manufacturer. And that’s what we wanted to do. We wanted to create a definite distinction between our product line, one that outpaced the competition. In order to do that, we had to develop the same type of vertical integration that Ferrari did.”

Most people probably don’t know much about Ferrari’s corporate structure; but they do know that it makes a very fast car. And if the company’s brand is known for speed, then IQ Formulations is a worthy inheritor of the Ferrari ethos. Cohen’s firm has been on an astonishing trajectory of growth since its inception, going from less than $124,000 in 2010 revenue, to 2015 sales of $20 million, today – a growth rate of 5,486 percent over the last three years. It’s what put IQ Formulations on the Inc. 5000 list in 2014 and again in 2015, as one of the fastest growing companies in the country. 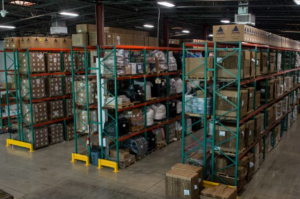 When he approached the starting line back in 2010, IQ Formulations was actually Cohen’s third time around the supplements business track. “I started in 1987, with my father, when he created his company,” he remembers. “I worked on and off for him throughout the years until I left for college and entered back into the industry years later.” Cohen’s first re-entry onto the speedway was not a positive or fulfilling ride. “The whole industry had changed immensely,” he laments. “A lot of the companies had become marketing companies – they weren’t manufacturing companies. There was a lot of emphasis on making the cheapest product possible so that they can maximize their marketing dollars. I was so put off by this; I walked away from the industry and vowed never to return to it.”

However, with the support of friends and family, as well as some encouragement from a few vendors with whom he had long-standing relationships, Cohen returned once again, but this time, he was determined to do things his own way. This time, he would be in the driver’s seat. He began on his own kitchen counter, reformulating products that he knew had a great niche following and high consumer demand. “I started creating formulations and testing the products out. In September 2010, with just ideas in my head and formulations on legal pads, I hired a graphic artist to make a rendering of what my product line would be. I wrote a business plan and I flew out to Las Vegas for the Mr. Olympia contest – one of the biggest expos in my industry – and I was determined to go there and sell my new product line.” 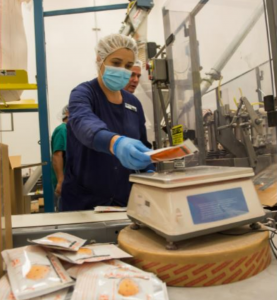 Even though the now true believer had stepped on the accelerator and gone flat out to his own sector’s version of the Indy 500, he was not overly optimistic. “The likelihood of me walking away without an order was highly probable,” he notes. But things turned out a whole lot better than he had anticipated. “To my surprise, the people accepted it with open arms, because it was such a different philosophy, such a different product line. It brought integrity back into the industry that was used to doing business a certain way. Our philosophy was to become a vertically integrated company that would put the research, the development, the manufacturing, and the production all under one roof. It was like a breath of fresh air.”

Five years after that first victory lap, IQ Formulations no longer operates out of a kitchen, but rather out of a state-of-the-art, $3.5 million, 40,000 square foot manufacturing and packaging facility in Tamarac, Florida, with plans to open a second facility sometime in the not-too-distant future. “When we first started, we had three vendors,” Cohen says. “Now we have 400.” The staff has similarly grown: from two employees – Cohen, himself and a salesman – to 47, today, with people in marketing, customer service, accounting, quality control, production, manufacturing, shipping, and sales. “And even at 47 employees, we still consider ourselves, undermanned,” he quips.

IQ Formulations sells directly to consumers through its website, but has also partnered with a distribution company, Europa Sports Products, which sells its products to general nutrition shops around the country, as well as, dealing directly with large national retailer chains such as Vitamin Shoppe. Currently, the company only ships domestically, but Cohen says that it is planning to expand into Canada, New Zealand, Australia, and Poland. “We’ve been controlling our growth because we know that our serviceability and our manufacturing capabilities must match our orders to our clients. And we don’t want to exceed that and then have to make compromises in terms of that.” Compromise is not why Cohen came back into the race. He insists that his product remain consistently reliable. “Our product is the same, each and every time,” he states emphatically. “Consumers know that we’re going to be delivering the same great product day-in and day-out.” 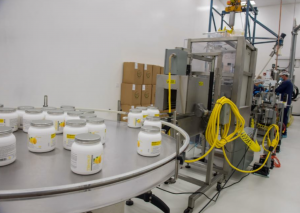 But now that IQ Formulations has gotten the checkered flag in one market segment, Cohen also sees the possibilities for augmenting his company’s product offerings, as well as expanding its consumer base across a broader demographic. He explains: “Our customers are demanding that we go into functional foods. They say, ‘Hey, we want a protein bar; we want an energy drink. Please make that for us, because we know that if you make it, it’ll be better than anything else that’s in the marketplace.’ We’re also going to get into more of what we call mass market, which is developing products that can be purchased at the grocery store and mass market level, like Costco’s or BJs. We want to be able to hit multiple consumers who are looking to purchase the best quality, healthy products to improve and sustain a healthy lifestyle. So, we’re branching out into those marketplaces, starting in the first quarter of 2016.”

Cohen is convinced that his original idea to emulate the Ferrari model has been instrumental in IQ Formulation’s success. “What differentiates my company is the fact that we are a company that is based on research and development that grew into a vertically integrated company that produces what it sells. Like Ferrari, we had to pick and choose our own ingredients; we had to build relationships with our specific vendors that we knew were the pinnacle suppliers of certain ingredients in the industry; we had to build a special relationship with Europa Sports Products to make sure that once our products were done, we could get them in the hands of our consumers faster and easier than anyone else. So, by doing all these things, it became a win-win-win scenario: a win for us, for our resellers, and for our consumers. Everyone who touched the product had an appreciable benefit from it.”

IQ Formulations has further touched its wider community via a vigorous program of charitable giving. The company has an admirable track record of involvement with a variety of respected, non-profit organizations including the Wounded Warrior Project, St. Jude Children’s Research Hospital, the American Humane Association, the American Red Cross, the Cystic Fibrosis Foundation, and the National Alliance to End Homelessness. The company also hosts an annual holiday toy drive to benefit the children and families at nearby Miami Children’s Hospital. 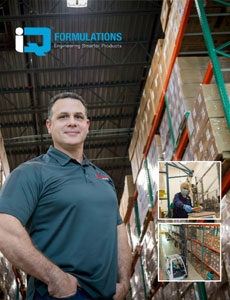