West Bend, Wisconsin – Where you want to be

Just minutes from Milwaukee, West Bend, Wisconsin is the perfect getaway destination for visitors and residents, alike. This charming community nestled in the hills of the Kettle Moraine boasts outstanding museums, trails, picturesque parks, a historic downtown, and a plethora of seasonal community events. Known as the Geocaching Capital of the Midwest, West Bend is a favorite destination for treasure hunters from around the region. 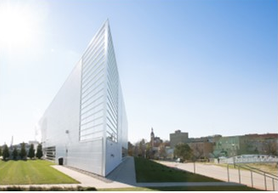 West Bend City Administrator Jay Shambeau explains the governing structure: “We have a part-time Mayor and a Common Council – eight members strong and voted in by district. The Mayor only votes if there’s a tie, otherwise he facilitates the meetings, serves as the chief elected official, and the individual the council looks to most to set the vision for the City. I serve as the City Administrator, not City Manager. I work at the pleasure of the Council. We have 15 departments that support the organization and carry out the programs and services we offer, including police, fire, engineering, public works, planning, clerk, treasurer – everything that most cities our size (population just over 31,000) have.”

West Bend is well positioned to help new businesses grow. A great example: When St. Joseph’s Hospital left the city, they left a large, beautiful building vacant. So, West Bend partnered with the EDWC (Economic Development of Washington County) and put together an attractive package for Spaulding Clinical to make use of that property. According to Adam Gitter, West Bend Economic Development Manager, “If you say ‘Amity’ here, a resident knows we’re talking about the Amity Leather Products building. But that doesn’t necessarily mean that organization is still in there. What we do is allow others to come in or help a business pivot to an industry that is more relevant. We’re not so naïve to think that after 20 years, what has been done will always continue. We help them get where they need to be 20 years down the road; and make use of that land or structure, so it can still be a bright spot for the community.”

Uniquely situated on Highway 45, just 40 minutes north of Milwaukee and 15 minutes south of Fox Valley, West Bend is a bit of a bedroom community serving those two larger regional centers – right in the middle where it can be its own community, but also give people the ability to be where they need to be. The city’s two large industrial parks are at 80 percent occupancy. At the same time, commercial is a big driving force behind the economy, because people do come in from the other cities to take advantage of what West Bend has to offer.

“We’re growing all the time and keeping an eye on where we can build our residential population, as well,” says Shambeau. “West Bend is a community folks have chosen to reside in because of living wage jobs, a good school system (among the top 5 percent of high schools in the nation), and a great park and trail system. Our Parks Department is award-winning, statewide and nationwide, in many development and trail areas. We’ve recently received an award from the State Association for revamping our parks in the downtown Main Street area.”

The Cast Iron at River Shores Complex is a great story of redevelopment of one of West Bend’s iconic industries – the former West Bend Company, famous for producing pots and pans. When the company moved, that building sat vacant for a long time, until the Cast Iron Group came in and repurposed the existing structures for residential and commercial, and added new greenfield growth. Not only are the Cast Iron Luxury Living apartments perfect for Millennials and seniors, they are pet friendly. The developer happily shares that occupancy is at full capacity and 80 percent of renters have at least one pet.

“Speaking of private businesses, we would be remiss to leave out the non-profit organizations that help drive our economy,” says Gitter. “We’re talking about the downtown, filling up those Cast Iron apartments. We also have the Museum of Wisconsin Art (MOWA), a large footprint building that’s driving a lot of traffic to the core. And GOWA (Gallery of Wisconsin Art) is right across the street. The City really appreciates another non-profit called Roots and Branches. They come down with pots and plants and get business owners involved in beautifying the downtown. Millennials, seniors, everyone likes to see so many people invested in having a vibrant downtown feeling. It makes it much easier for them to decide to move here.”

Directly across the river, west of the Cast 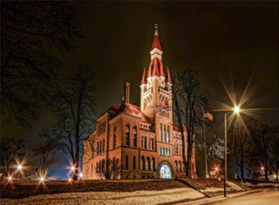 Iron development, is an underutilized former brewery building. The City is now working through the approval process for a proposed 99-unit, single-family, market-grade apartment complex. It’s “a monster new building” that will change the landscape from the current assessed property value of $500,000 to an estimated $13.5 million for the new building. Plus it will add another hundred living units in the downtown.

Excitement is mounting for the building to get underway, as it means any downtown space that’s open for lease or for sale will be an easy sell with so many people moving into the area. Gitter says, “People will be looking at investing or putting their business downtown; existing business owners that have been there awhile will want to fix up their space – inside and out. West Bend offers a façade improvement grant to have businesses present their buildings in a more positive light.”

West Bend’s public utilities are in really good shape. “Back in the early ‘80s, we went through one of the last major federal-funded sewer plant increases in Wisconsin,” says Shambeau. “We’re still only at 50 percent capacity of that system, so we have tons of available water and sewer utility. They’ve kept up with replacing those mains over the years. Road-wise, we struggle a bit with freeze-thaw cycles because of the climate we’re in, but we do our best to maintain the major corridors, as well.”

The River Walk along the Milwaukee River is a showpiece of West Bend’s sustainability efforts. Improvements to the 40-year-old, brick-lined pathway are being finalized through a public/private partnership. Businesses and foundations have donated money, all in the name of community health and wellness, as well as sustaining the river. Also, on the “green front” – Washington County offers property-assessed green energy funding; programs and financing are available to area businesses willing to invest in making clean energy a priority.

Companies such as Serigraph, Spaulding Clinical, and Regal Ware came to the area because of the impressive work force and are a big part of the community. With over 850 employees, West Bend Mutual Insurance Company is one of the largest employers. “We’ve had a long-standing relationship with them,” says Shambeau. “We’re actually in the building they grew out of. It was donated to the City and remodelled for our City Hall. From a tax standpoint, they are our largest assessed-value property – and very generous; donating $250,000 to the River Walk, and building much of the public infrastructure for our park system.”

Gitter foresees a bright future for the community he calls home. “Being from the economic development side, I want to bring as many diverse industries as possible to West Bend, while fostering growth for those already here. We have a great downtown that is in transition, and we’re making a concerted effort to make it everything the residents and businesses want it to be. There’s a reason people are moving here – to raise a family and plant roots.”

West Bend, Wisconsin is undergoing a renaissance. Here are some sites that showcase unique assets of the downtown area: 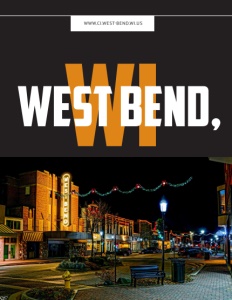