Business View Magazine features a report from the American Iron & Steel Institute for our focus on the U.S. Steel Industry

The American Iron & Steel Institute (AISI) has a rich history. Steel built this country and our association has been involved since the 1800s. In 1855, the precursor to AISI − called the American Iron Association − was launched by ironmasters, mainly in the east, “to take all proper measures for advancing the interests of the trade in all its branches.” In 1864, with the introduction of the Bessemer steelmaking process in the United States, the Association, then headquartered in Philadelphia, changed its name to the American Iron and Steel Association (AISA). 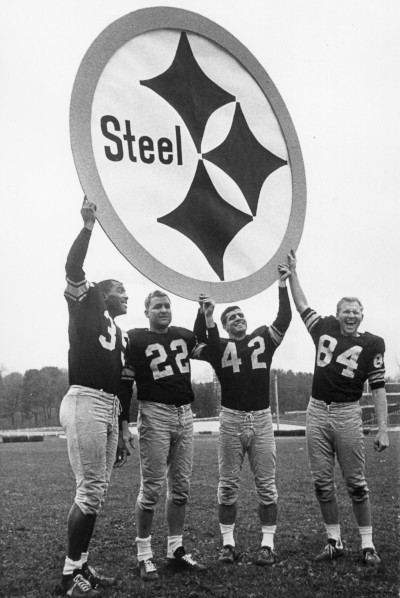 Early in the twentieth century, as the industry experienced explosive growth, its leaders saw the need for an organization to supplement the largely statistical activities carried on by AISA. That led to the founding of the American Iron and Steel Institute in 1908, with Elbert H. Gary as its first chief executive. An interesting and historical component of AISI is our steel industry trademark, the “Steelmark.” The Steelmark was developed by U. S. Steel in the 1950s and was later given to AISI to promote steel made in America. The three hypocycloids mean: steel lightens your work, brightens your leisure, and widens your world. They also represent the three materials used to produce steel: yellow for coal, orange for iron ore, and blue for steel scrap. In the 1960s, in collaboration and with permission from the AISI, the Pittsburgh Steelers adapted the logo to use for their NFL team.

AISI serves as the voice of the American steel industry in the public policy arena and advances the case for steel in the marketplace as the preferred material of choice. AISI also plays a lead role in the development and application of new steels and steelmaking technology. AISI’s membership is comprised of integrated and electric arc furnace steelmakers, and associate members who are suppliers to, or customers of, the steel industry. AISI has continued to adapt over the years to meet the needs of its members and the globalization and consolidation of the steel industry. Based in Washington, DC, the Institute has an additional office location in Detroit addressing an expanded mission to support our automotive customers.

AISI regular membership is comprised of American steel producers. We also have a second level of membership, “Associate Members,” who are customers of, and suppliers to, the steel industry. The AISI Board of Directors is comprised of CEO-level heads of U.S. operations of the leading steelmakers. AISI has a robust “committee” structure focused on Board-level committees but with a parallel structure of committees in which senior level executives from member companies can participate. Communications to the members is primarily via committee structure, and also through AISI’s members-only page.

A key benefit of membership is having an expert voice in Washington on industry priority issues, and engagement with members of Congress and the Administration on issues of importance to steel. AISI focuses on five key policy areas identified by the Board: trade and government relations, environment and energy, sustainability, transportation and infrastructure, and workplace safety.

AISI has 29 staff members. Areas of expertise range from public policy and government relations, economics and statistics, and media relations/communications to programs that support the construction and auto markets. Staff of those market programs are often engineers and technical experts who work in the construction codes and standards field and/or who collaborate on projects with our partners in the automotive industry, respectively.

The industry is constantly evolving to remain operationally efficient and sustainable and to respond to the changing needs of the marketplace. There was significant consolidation in the industry following the steel import crises of the late 1990s and early 2000s. In recent years, significant investment has taken place to upgrade existing facilities and add new, more efficient capacity. The implementation of national security tariffs and quotas on imports of foreign steel into the U.S. market in 2018 helped level the competitive playing field, giving American steelmakers the confidence to undertake these investments.

The COVID-19 pandemic dealt a strong blow to the steel industry, like many others. We are coming back, but progress is slow as the pandemic continues to negatively impact our customers. The industry remains concerned about excess steel capacity in China and elsewhere around the world that has fueled import surges into the U.S. and caused the loss of many American steel jobs. Previous major global economic downturns have been followed by steel import crises in this country, as foreign steel industries exported their excess production to the open U.S. market when demand in other markets dropped. If the existing steel tariffs are not maintained, history is likely to repeat itself. 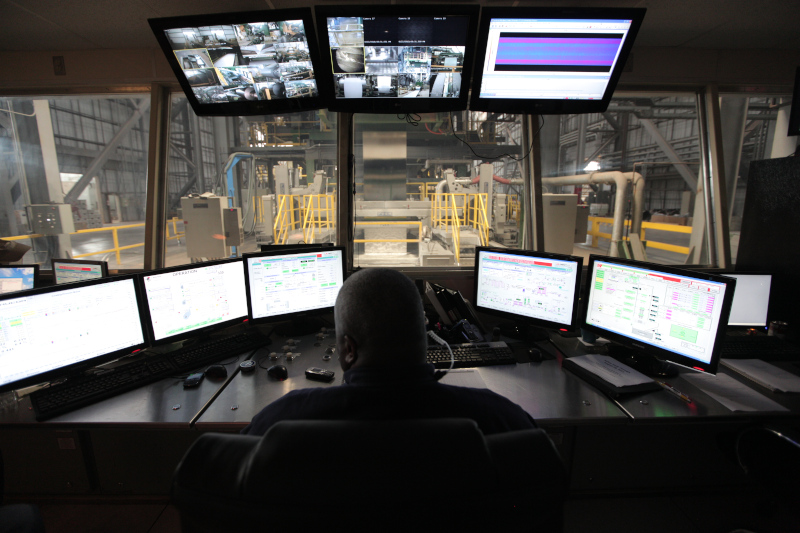 The American iron and steel industry is a dynamic part of the U.S. economy, accounting for more than $520 billion in economic output and supporting nearly two million jobs when considering the direct, indirect (supplier), and induced impacts. These workers earned over $130 billion in wages and benefits. All told, the industry generated $56 billion in federal, state, and local taxes. Steel industry wages rank among the highest in the manufacturing sector.

The steel industry’s commitment to sustainability is tremendous. One of the key examples of this is our recycling story. Steel is the most recycled material in the world and it is 100 percent recyclable, which means it can be recycled again and again. An old steel beam can become a new beam, or a refrigerator, car door, or roof panel. In the past 30 years, more than one billion tons of steel scrap have been recycled into new steel in North America! And steel’s durability also allows steel products to be reused or remanufactured at the end of their initial lives.

Our sustainability story is also exemplified in our partnership with the auto industry. Stronger and more ductile steel grades have allowed for lighter weight automobiles, resulting in better fuel efficiency and lower emissions without reducing safety. The use of current grades of advanced high-strength steel, for example, can reduce a vehicle’s structural weight by as much as 25 percent and can cut total life cycle carbon dioxide emissions by up to 15 percent more than any other automotive material.

American steel producers invest in state-of-the-art facilities that improve energy efficiency, reduce carbon emissions, and heighten productivity. A recent study by Global Efficiency Intelligence shows that, among the world’s top steel producers, the American industry is the cleanest and most energy-efficient, with the lowest energy intensity and the lowest CO2 emissions per ton of steel produced. The study also shows that Chinese steel production creates carbon emissions that are almost 2.5 times higher than in the U.S. And another recent report, specifically on structural steel, shows that China’s production of these products results in three times the greenhouse gas emissions as the same type of production in the U.S.

Our emissions are lower because the U.S. makes a much higher percentage of its steel from electric arc furnaces (EAF) than most other regions. Seventy percent of our steel is made this way – by recycling steel scrap to produce new steel using electricity. We also use a much higher percentage of low-emitting natural gas in our mills than most other countries. And our traditional integrated mills are also much cleaner than those in China, because we use pelletized iron, rather than lower quality sintered iron. This pelletized iron results in significantly lower emissions.

The American Iron and Steel Institute is the leading association representing steel producers in America. On behalf of our member companies, AISI influences public policy and shapes public opinion in support of a strong, sustainable American steel industry. AISI’s work also advances the case for steel in the marketplace as the preferred material of choice. Members of AISI know that they have a strong voice in Washington. The American steel industry and its workers deserve best-in-class advocacy – and that is what they will get from AISI.