Business View Magazine interviews Al Kidd, CEO of the Sports Events and Tourism Association, for our focus on Resilience of the Events & Tourism Sectors

Established in 1992, the National Association of Sports Commissions, today, dba Sports Events and Tourism Association (Sports ETA), has made it their mission to deliver education, networking, event management, and marketing information to each of their 700 organizations and 2,500 members, consisting of a wide array of sports events and tourism professionals. With membership available to destinations, sports facilities, rights holders, and industry partners, all organization employees are part of the association – making the networking opportunities an extremely valuable benefit. As a non-profit organization, Sports ETA is a vital resource for sports commissions, sports destinations, sports event owners, and industry partners throughout the United States.

Sports ETA was started in 1992, initially as a handful of Sports Commissions and a few event owners operating as the National Association of Sports Commissions a non-profit organization providing information and resources for the emerging sports tourism industry. Today’s President and CEO of Sports ETA, Al Kidd, shares, “The sole purpose at that time, was to bridge a relationship between an event owner and a destination to conduct sporting events within that city. It started very small and had a small cadre of rights holders and a small cadre of cities, and it grew as that industry grew.”

In 2010, the NASC began to include more and more Convention and Visitors Bureaus (CVB) as they began to diversify their sales channels organizing the industry into various areas of expertise. At this time, it was noted that sports were a major economic driver in many communities. Kidd recounts, “Sports was emerging as a very consistent provider of local tourism. It wasn’t necessarily big group travel, but it manifested itself in competitions, participation, and youth tournaments. All of a sudden group sport was really beginning to get some visibility around the country. Virtually every city had some form of sports tourism.” The Convention and Visitors Bureau sports sales departments joined the National Association of Sports Commissions and began to benefit from the relationships and expertise developed through NASC.

When Kidd joined the association in 2017, he brought the change that was needed to help grow this segment of the industry, which had so much untapped potential. “When I started, the organization was relatively small. It had about 500 members and was doing about $1.2 million in annual sales. It made a very modest profit because everything they made, they poured back into the services for membership, which most trade associations do,” he relays. “Within about two weeks we formed a plan to put together a total remaking of this association to become more involved in the wider value chain of sports tourism, which included much more than a Sports Commission. At the time, we only had about 50 Sports Commissions, and about 400 CVB destinations” 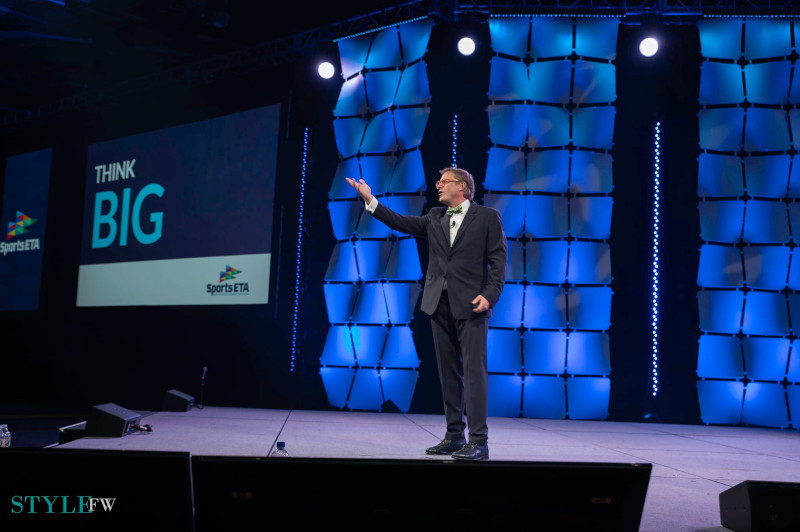 With this rebranding, the name was changed to the Sports Events and Tourism Association, representing the wider market being served. “We made an acronym Sports ETA, and we’ve played on that, as we rebranded the entire organization. Changes included maximizing financial yield on current events, add an entirely new education platform, add new events focused on specific emerging areas of our industry and evolve our governance which included new bylaws that would widening the work and purpose we serve” says Kidd. Utilizing another acronym, EARN, which stands for Education, Advocacy, Research and Networking, the organization found purposeful focus and brought the association to where it is today.

Growing the education offerings of Sports ETA to include as many areas of interest as possible was another part of the rebranding. As Kidd reports, “We have our own delivery system (Learning Management System – LMS) and our own education courses. We now can deliver our quality education and professional development 7/24. That’s one of the primary pillars we serve. We’re involved in professional development, leadership training, as well as accreditation for expertise and everything related to sports events and tourism inside our association and to the industry at large.”

Advocacy, and making Sports ETA more relevant nationally became another priority of the association. “We put our foot to the ground significantly and have become a very ardent organization from a power standpoint, supporting states and national sport tourism,” describes Kidd. “That has been a significant impact that we’ve made across the country, which includes all the major tourism organizations from U.S. Travel Association to Destinations International and PCMA to name a few. We are now at the table with those guys, utilizing sports as one of the crucial vehicles that they need and want to enhance tourism in their destinations through sports.”

Our state of the industry report in 2019 brought forward the fact that youth sports tournaments were bringing in $3.9 billion in tourism trade, which was ground-breaking information for Sports ETA and the industry. “That does not include the amount of development in real estate for the 16,000 sports community centers and indoor-outdoor competition sites, in virtually every city across America,” says Kidd. “That $3.9 billion does not include that portion of it, but our total study which came out at that point was $45 billion in direct spending and $103 billion of total spending. It was an eye opener for the industry.” With travel sports replacing physical fitness in schools, Kidd suggests that this is important, but not the only reason for the major investment being made in cities across the US. He offers, “Really the basis behind it was incremental tax increases. It was a revenue generator for cities, and it generated income to cities, as well as opportunities for kids.”

The COVID-19 pandemic brought changes to the sports events and tourism industry, creating an imbalance between states and an increase in health and safety measures. According to Kidd, “It led rise to a brand-new industry, much like the end result of the unfortunate situation in 2000, with 9/11, that led rise to a security business around sporting activities that didn’t exist before to the level that it does now. COVID did the same thing around health – the plastics industry exploded, there were shields, there were partitions, there were sanitizers all over the place. Many states closed, totally. Some states had some level of opening, with restrictions.”

Noting that states that stayed open during the pandemic had the advantage of being able to host sporting events, he adds, “In some markets during COVID they exceeded their performance in youth sports from 2019. Take Myrtle Beach, for example, they were getting all the tournaments from New York, Maryland, Virginia, West Virginia that couldn’t participate and they would come down to Myrtle Beach and have their contests. Phoenix was getting a lot of California events, and they were just full, with people driving over from L.A., San Diego, Southern California primarily, and producing their events in Arizona where they had inside fields open. Texas, and Florida crushed it.”

With continued research and data gathering, Sports ETA reports that by 2021 the industry was showing recovery, with 2022 looking to exceed the success of 2019. “We are the only vertical outside of leisure, which the CVBs don’t really do much in, that is going to exceed their numbers, says Kidd. “What does that mean?  It doesn’t mean that we’re leading, but we are a catalyst to the re-entry into the tourism industry, and our portion of that is sports. Sports are a major consistent provider in good times and bad times for economic impact in communities.” 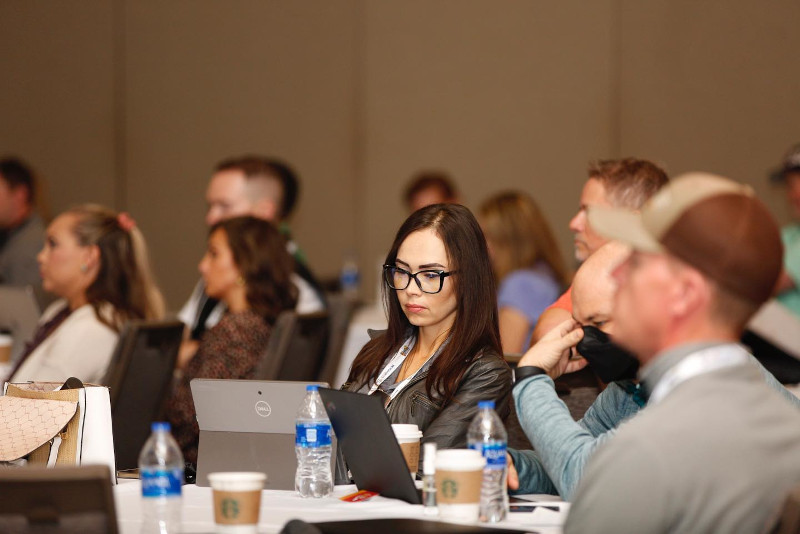 Moving forward, Kidd asserts, “We are going to give rise to a whole area of research and production that’s going to make things technologically more efficient to produce the work in our space.” Evidence of this is a new product called Play Easy, described by Kidd as “the leading event RFP generator in America.” With a database of 16,000 facilities, 800 destinations, and over 2000 requests for proposals (RFPs) to produce a sporting event available to clients instantly, this technology is significant for the industry, especially during a time when many organizations are still short staffed.

Kidd explains, “We’ve written the algorithms to do the analytical work. If the World Lacrosse Association wants to conduct a tournament, and they give us the parameters of the tournament, it goes into our software, and within about an hour, it gets sent to every single destination and facility that can meet their qualifications.” Noting that the trends around sports events and travel are changing, Kidd shares that Sports ETA is in the final stage of producing what they are calling the ‘balanced scorecard’. “It is a series of tools and a measurement toolbox that can tell you the earned media, the social and digital impact, the community residents’ sentiment, the economic impact, and the hotel impact in a community, in kind of a one lump sum product. People are really excited to learn that, and my personal belief is that once they learn the impacts that are different than just the economic one through hotel room generation, it’ll lead rise to some creative thinking.”

As for what comes next for the Sports Events and Tourism Association, Kidd emphasizes, “We want to help improve the quality of life in destinations across America through sports. It’s wider than just the economic impact. It is also the psychological and community impact and resident sentiment around sports.” As a final thought he offers, “We need to find a way to help replace and augment the lack of physical fitness we have in our schools, and it’s going to be done through some form of sports here in America.”

WHAT: A 2,500-member association representing the sports tourism industry