An oasis in West Texas

Along the banks of the scenic Concho River (named due to an abundance of freshwater mussels, or “shells”) sits San Angelo, Texas – a city founded in 1867 and bordered by rock faces and pecan trees. With a population in excess of 100,000, San Angelo might be small in Texas terms, but what it lacks in citizenry it more than compensates for with swathes of natural beauty, a vibrant arts and culture scene, and the esprit de corps characteristic of a civic-minded and collaborative community. 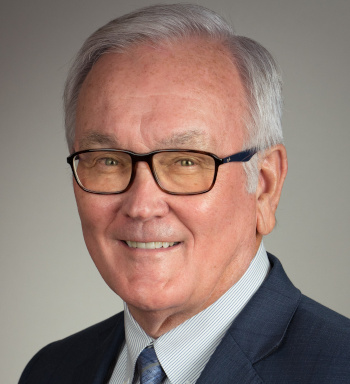 “When you have a city our size that is not directly adjacent to, or near, a large metropolitan area – like Houston or Dallas, for example – you have to adopt a philosophy of self-reliance for creating lifestyle quality of a very high caliber,” insists Michael Looney, Vice President of Economic Development for the San Angelo Development Corporation. “San Angelo has a remarkably diverse economic ecosystem. It’s not a one or two commodity-type city.”

Home to one of the first Hilton hotels (a 14-story structure on Twohig Avenue built in 1929, now known as the Cactus Hotel), one of the best tennis courts in the country (courtesy of Bentwood Country Club), and the starting ground of the Women’s Professional Rodeo Association (the oldest standing women’s professional association), San Angelo certainly is an eclectic hub of industry, culture, and heritage. “It’s the kind of place where most people would love to live and work, but may not know exists,” says Guy Andrews, Director of Economic Development. “We’re the largest community in Texas without an interstate highway. That makes us a little less visible than some other Texas communities. A best kept secret in some regards.” However, San Angelo recently was named as one of the top 12 cities that people are moving to in Texas by Business Insider magazine, so it does have some notoriety.

Some of San Angelo’s natural features include its three lakes (Twin Buttes Reservoir, O.C. Fisher Reservoir, and Lake Nasworthy), the Concho River, alongside which a true Riverwalk serves as a vital municipal and cultural amenity, and Civic League Park, which houses the International Waterlily Collection. “The late San Angelo Horticulturist Charles Thomas collected all these species of water lilies worldwide,” shares Andrews. “People come from all over the globe to view them. We have a lot of international tourism.”

On the cultural front, the City is known to have a strong arts community thanks to the spacious San Angelo Museum of Fine Arts, its three independent theatrical companies (Be Theatre, Angelo Civic Theatre, San Angelo PAC), Ballet San Angelo (which typically offers four seasonal performances), and the 71-year-old San Angelo Symphony. Public art, promoted by non-profit group Art in Uncommon Places, is also a central component to the Concho River Trail initiative; a $14 million streetscape project is underway which will see Chadbourne Street revitalized with a pedestrian ramp to the Riverwalk, decorative lamp posts, bicycle racks, and newly designated spaces for art. “We used to have one bar and one restaurant in downtown – that was probably 10 or more years ago,” Andrews says. “Now we have over 21 venues that are open. It’s a very vibrant downtown. All very walkable.”

In the State of Texas, economic development agencies collect half-cent sales tax revenues to fund their proposed projects. The City of San Angelo Development Corporation (COSADC) is that agency for San Angelo, and they’re what is referred to in Texas as a Type B Corporation, meaning they can utilize resources for both economic and community development projects. On the economic development side, the COSADC contracts the recruitment and marketing functions to the Chamber of Commerce.

“In San Angelo, the Economic Development Division (EDD) of the Chamber of Commerce partners directly with the City of San Angelo Development Corporation,” Looney explains. “The Chamber EDD works as a contractor, but we really act as supplemental staff to the City’s Economic Development Division. In doing so, we’re able to marshal all of the business retention and new business capture of the Chamber’s efforts and fold them into the guiding efforts of the COSADC. We act like one organization, and that’s highly effective because COSADC will see opportunities that we haven’t yet seen, and vice versa. We’ve become force multipliers to each other.”

The Chamber EDD has a unique method of targeting companies within desired industrial sectors. In 2017, a special program called the San Angelo Regional Manufactures Alliance (SARMA) was developed under the umbrella of the Chamber. Its purpose is to act as the voice and unifying force for all heavy industrial enterprises in the San Angelo and Tom Green Counties, including manufacturers, fabricators, industrial services, and energy companies – basically, the core of their regional economy.

“By carving out special attention through communications with these sectors, we’re able to understand the risk barriers to growth, how to succeed at new market creation, and in what capacities the Chamber and COSADC can best assist these local enterprises,” says Looney. “It’s paid off great dividends.” Practically all the new businesses that have been recruited to San Angelo in recent years have been derived from a relationship delivered through an existing SARMA member. That’s because the SARMA program essentially “deputizes” its over 100 member companies into recruitment agents, collectively growing the region’s industrial base and providing industry intelligence to the Chamber EDD. 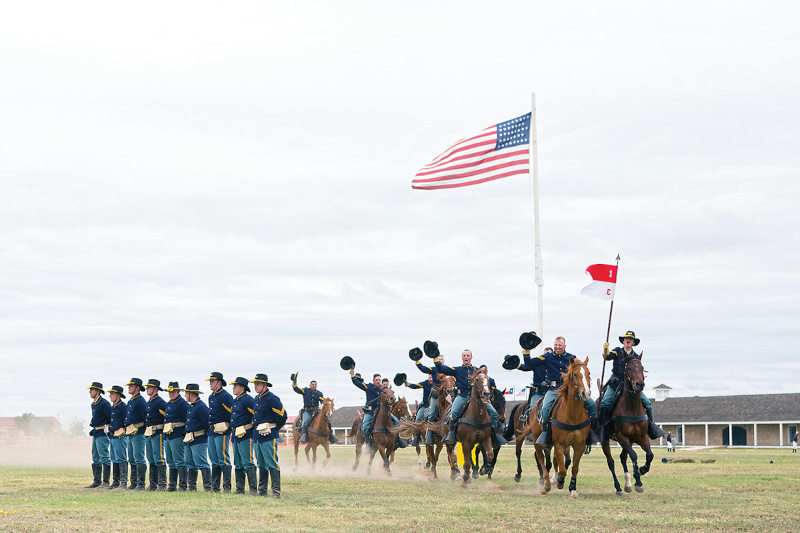 “We’re constantly being introduced to suppliers and affiliated industries that work in a mutual relationship with our existing industrial workforce,” says Looney. “Our manufacturers and fabricators are helping us do what’s known as economic gardening, where economic development organizations care for and assist existing local industry. The force multiplier that comes from a program like SARMA is that we receive numerous good leads from our “deputized” manufacturers. We get a lot of velocity, meaning a lot of introductions, to potential new businesses. We also gain a lot of traction because our industrial base helps us court these companies into the region so that they can work with them. We’re not recruiting competition, we’re recruiting industry that complements our existing industrial ecosystem. That’s probably the inside-out definition of economic clustering.”

San Angelo, a city predicated on positive alliances, has recently entered a new public-private partnership with South Plains Lamesa Railroad, LTD., a multimodal facility provider, for the development of a 180-acre rail port. The port will allow the delivery of bulk freight imports and exports to the U.S. and Mexico, thus enhancing the efficiency and profitability of industry in the Concho Valley. “There will be millions of dollars invested in the rail port,” Andrews reports. “And that’s a big success, in that the City doesn’t have to take on the role of entering into the rail business. They’re providing a more economical mode of transportation to our local businesses, such as our agricultural and manufacturing communities, and we’re providing the property for them to build out this facility.”

Andrews notes the emphasis in economic development in San Angelo is based on “planes, trains, and automobiles,” adding, “We just completed a study for an I-27 corridor, which would be a new interstate. Some parts of that interstate do exist already, but the extension of the I-27 (Ports-to-Plains) as a federal highway would run from Laredo, Texas on the Texas-Mexico border – which is now the largest port in the U.S. – all the way up through the State of Texas, through San Angelo, splitting off to Midland-Odessa, and eventually terminating in Alberta, Canada. So, that’s an exciting program.” State and local leaders are also working on another interstate program: Interstate 14 (aka the Gulf States Strategic Highway or Forts-to-Forts). This would intersect with the I-27, making San Angelo a major distribution center. Supporters of this program see it as a potential gateway from Augusta, Georgia to Texas, one that could connect important military bases and ports along the way.

“We have a military base here in San Angelo that’s been here since 1940 – Goodfellow Air Force Base,” says Looney. “It’s a non-flying base that trains approximately 14,000 students each year, from all branches of the service, in the crafts of intelligence gathering and firefighting. All of the United States Military Intelligence Community trains here. It’s a quiet base that’s brimming with a lot of very, very smart people.”

Coupled with the fact that San Angelo hosts the fourth-largest rodeo in the world (the Stock Show and Rodeo), it certainly sounds like one of the “coolest” and most desirable places around West Central Texas.

Where: Along the Concho River in West Central Texas

SMC Oilfield Chemicals, a division of SMC Global, has found its home in San Angelo, TX. With its favorable location, access to a diverse labor pool, and commendatory community support, San Angelo has been a salient part of our recipe for success. We have three locations within San Angelo and offer a variety of oilfield chemicals, as well as providing value-added toll blending and trucking services for our customers. SMC Global is a multi-national specialty chemicals manufacturer and supplier, serving a diverse range of industries, including Oilfield, Paints & Coatings, Agriculture, Mining, Plating & Electronics, and Chemical Intermediates, as well as Resins & Adhesives, Textiles, Pulp & Paper, and Color Imaging.